In negotiations with a number of countries that have earned a well-deserved reputation for being tax havens, Canada is on the verge of signing its first bilateral tax information exchange agreement (TIEA) with Bermuda, granting the islands a significant tax benefit that would give it an unfair advantage over Canada’s tax treaty partners, according to tax experts.

“The Canadian government has long complained about Canadians using tax havens,” noted Lorne Saltman, a tax lawyer with the law firm Cassels Brock in Toronto. “This seems to encourage it – a rather perverse tax policy.”

Expected to be signed by this fall after Canada completes its ratification process, the Bermuda-Canada agreement will provide for the exchange of information relating to criminal and civil tax matters, according to a formal announcement made by the Bermuda Ministry of Finance. At the annual tax conference of the Canadian branch of the International Fiscal Association held last May, Department of Finance officials stated that Canada is currently negotiating TIEAs with the Bailiwick of Jersey, Bailiwick of Guernsey, Isle of Man, Netherlands Antilles as well as other unnamed countries. Bermuda has 11 TIEAs in force and completed negotiations for four further TIEAs.

Initiated by the Organization for Economic Co-operation and Development (OECD) following a 1998 report that identified “the lack of effective exchange of information” as one of the key elements of harmful tax practices, TIEAs are designed to uncover international tax-avoidance structures. The terms of a TIEA and how it is used are defined by the contracting states. TIEAs, however, usually contain provisions that identify which taxes imposed in each country are subject to the agreement, describe how exchanges of information will occur, prescribe when a request for information may be declined, and treat information received under the TIEA as confidential.

“A TIEA essentially provides for bilateral exchange of tax information in tax matters between two contracting states, with compliance and enforcement tools that are designed to facilitate audit and enforcement against taxpayers who carry out financial transactions,” explained Penny Woolford, head of KPMG’s International Corporate Tax practice in Toronto.

The OECD, while acknowledging that many offshore holdings and arrangements exist for sound commercial and legitimate tax planning purposes, estimates that much of the $5-to-$7-trillion held offshore around the world is held to evade or avoid tax.

Ever since world leaders from the G20 countries, which represent 85% of the world’s economic output, met in London this past April, there has been accelerated drive towards implementing TIEAs. Leaders of the cash-strapped G20 have made clear that countries failing to show a demonstrable willingness to cooperate with the OECD global tax transparency standard risk the imposition of as-yet-unspecified  sanctions. Some 43 TIEAs have been signed so far in 2009, compared with 45 between 2000 and 2008.

“If the worldwide movement towards acceptance of TIEAs continues, and it is a very strong movement over the last couple of months, then the informal regime in these various tax havens around the world will significantly change,” observed Saltman, a past member of the Executive of the Taxation Committee of the International Bar Association. “While there is some debate on how effective TIEAs will be, I’m telling my clients that the old notion that information is going to remain confidential from Canadian tax authorities – forget it, it’s just not going to be the case anymore.”

Canada embarked on the TIEA bandwagon after the Conservative government adopted the March 2007 federal budget when the Department of Finance proposed a number of amendments to Canada’s foreign affiliate rules or the way Canada taxes foreign-source income. Up until The Budget Plan 2007, dividends from active business income earned by a foreign affiliate were exempted from Canadian tax if the affiliate was resident and carried on its business in a country with which Canada had a comprehensive income tax treaty.

In a bid to entice countries to enter TIEAs with Canada, the federal budget extended the exemption system for taxation years beginning after 2008 to include active business income earned by a foreign affiliate residing in a country that has a TIEA with Canada. Further, the definition of “designated treaty country” has been expanded to include a country with which Canada had entered into a comprehensive TIEA.

“TIEAs are really designed to deal with banking secrecy issues and to put pressure on financial centres to agree to exchange information,” remarked Woolford. “So it is interesting that the Department of Finance is using this mechanism as a forum for providing companies with this tax treatment. This is a new and significant development.”

The new policy will inevitably also lead to a “strange result,” making it easier and more tax efficient for a foreign affiliate in a TIEA jurisdiction to receive exempt surplus treatment compared to a foreign affiliate in a jurisdiction that has a tax treaty with Canada, added Saltman. A corporation, points out Saltman, that has active business in Barbados will generally be taxed at the rate of 2.5 percent while the same corporation will pay no income tax in Bermuda.

“From a tax policy point of view, I am very troubled,” said Saltman. “It is off-base and inconsistent with the historical underpinnings of our tax treaty network and unnecessary given the way that other countries like the United States and the Netherlands have been very successful in getting TIEAs without giving tax concessions.”

Due to the tax inducements, it is widely expected that a greater number of Canadian multinationals will shift their existing foreign affiliates or establish new ones in countries with zero or little tax, such as Bermuda, once Canada has signed a TIEA with them. “Clients will insist on it,” added Saltman. “Why shouldn’t they shift to a place where they don’t pay tax?” 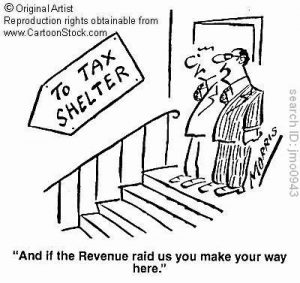 Another bone of contention is that the 2007 budget includes a punitive measure for countries that fail to enter into a TIEA with Canada. Under the new rules if Canada does not conclude a TIEA with a country five years after the beginning of negotiations, the active business income earned by a foreign affiliate of a Canadian corporation operating in that country would be taxable on a current basis in the hands of the controlling Canadian parent corporation, according to a Department of Finance official. In other words, the active business income would be treated as foreign accrual property income (FAPI) and taxed in Canada on an accrual basis.

“That is a significant change in policy and it has been criticized on the basis that a taxpayer has no influence on the process if a country won’t enter into a TIEA,” said Woolford. “So if negotiations aren’t successful, it really doesn’t make sense that at the end of the day the Canadian company is going to be penalized.”

All of which points to the need to bring to an end the practice of linking the exemption system for foreign active business income earned by foreign affiliates to tax treaties or TIEAs, according to Nick Pantaleo, FCA, member of the Advisory Panel on Canada’s System of International Taxation. The Panel, who was handed a mandate to make recommendations to guide the government in establishing an international tax policy framework with respect to investment abroad by Canadian businesses as well as investment into Canada by foreign businesses, published a well-received 128-page report last December.

“Any signing of TIEAs based on current law, in my mind, is very positive because it expands our current exemption system, which is positive for Canadian companies in foreign markets,” said Pantaleo, who leads the Canadian national tax service group for PricewaterhouseCoopers LLP. “But TIEAs themselves should not be linked to Canada’s exemption system because international norms today are such that they don’t put that type of condition on access to the exemption system.”

The seven-member advisory panel is strongly in favor of TIEAs. For countries with which Canada has no tax treaty, TIEAs are “important to ensure” that Canada can obtain sufficient information to enforce its tax laws and combat tax evasion.

The advisory panel points out that while Canada has always sought something in return for granting exemption for foreign active business income to induce countries to enter into comprehensive tax conventions with Canada, now that Canada has 86 treaties, this incentive no longer seems necessary.

“Obtaining TIEAs is important for the Canadian tax system. However, the Panel believes that, like tax treaties, TIEAs should not be linked to Canada’s exemption system. To preclude businesses from benefitting from the simplicity and other gains of a broader exemption system because a non-treaty country chooses not to negotiate a TIEA with Canada seems inappropriate.”

Glad I came back to this site some new very interesting items which I wanted to know more about. Great work on your site.