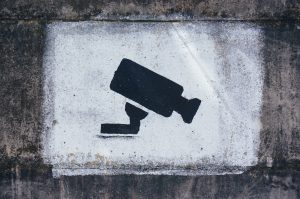 Quebec’s financial watchdog cannot be compelled to exercise its discretionary power to conduct an investigation into the “moral character” of individuals seeking a money-services business license as it is at the “very heart” of its specialized jurisdiction, held the Quebec Court of Appeal.

The decision will likely have a reach beyond the Autorité des marchés financiers (AMF) and extend to Quebec administrative deciders such as the Autorité des marchés public, a rather new entity responsible for overseeing and managing public contracts between enterprises and Quebec government entities, according to litigators. The ruling may even make it far more tougher for individuals to challenge administrative deciders such as the AMF over their determinations concerning moral character.

“The appeal court decision unfortunately strengthens the AMF’s discretionary powers and it will be very difficult to successfully challenge administrative decisions they make,” remarked Stephanie Noonan, a Quebec City litigator with Hickson Noonan.

In 2012, Quebec became the first province to regulate the money-services industry as part of an offensive against economic and financial crimes. The Money-Services Businesses Act (MSBA) and its regulations, administered by the AMF, governs businesses that offer money-services such as currency exchange, funds transfers, cheque cashing, and the operation of private automated teller machines. In order to obtain a license to operate a money-services business, individuals must be of “good moral character” and “show the integrity” to operate the business. Under MSBA, the provincial police force and different local police forces must provide the AMF with a security clearance report of the applicants, and provide the grounds in the event that they recommend that a license should not be granted. The AMF, in turn, must notify the applicants before refusing to issue or cancel a license in order to allow them to submit a written counterpoint.

In 2016, Gaston Dubé and his manager was refused a license to operate an automated teller machine in his Bar Le Boomerang in Montmagny, a town south of Quebec City. The provincial police force noted in its security clearance report that the bar was known to be used for drug trafficking and that the police carried out several police interventions. The AMF concluded that the applicants did not fulfil the good moral character requirements set out by the MSBA.

In 2018, Quebec Superior Court Justice Suzanne Ouellet in application for judicial review quashed the AMF decision, concluding that it did not meet the standards of reasonableness. She also criticized the AMF for not exercising its investigative powers, holding that a security report by the provincial police force is only a recommendation and that the AMF is not bound by the recommendation. Justice Ouellet held that the good moral requirements must be the subject of an individual analysis that must be buttressed by facts, something that was lacking in the provincial police force security clearance report. As a result, the AMF should have exercised its investigative powers to verify information provided by the police, something that the regulatory agency failed to do. Justice Ouellet also chastised the AMF for setting aside, without reason, evidence provided by the applicant in response to the notice of refusal.

The Quebec appeal court overturned the lower court decision. “It was not up to the Superior Court to decide whether the AMF had done enough but rather whether, by ruling on the record as it stood, it rendered an unreasonable decision,” held Quebec Court of Appeal Justice Louis Rochette in in Autorité des marchés financiers c. 9192-6899 Québec inc. 2020 QCCA 664. Both Justice Guy Gagnon and Simon Ruel concurred with the reasons issued on May 25th.

“The appeal court decision notes that it is an administrative process in which the AMF essentially relies on information provided by the security clearance investigation by police, after which it must make an informed decision,” remarked Louis-Martin O’Neill, a Montreal M&A and securities litigator with Davies Ward Phillips & Vineberg LLP. “But the AMF cannot simply blindly rely on the investigation. It must exercise its judgment in a manner that is reasonable.”

The appeal court also held, contrary to what the trial judge held, that the AMF was under no obligation to conduct its own investigation. Its power to investigate is discretionary and it cannot be compelled to exercise it, said Justice Rochette. Determining the moral character of applicants lies at the “very heart of the AMF’s specialized jurisdiction,” to which deference is owed, added Justice Rochette.

But Noonan argues that both the bar owner and the manager did not and do not have ties with criminal organizations. And nor do they have criminal records. The MSBA does not, added Noonan, allow the AMF to refuse to issue a license based on the conduct of third parties. “It will be very difficult for people in the same situation as my clients to challenge the AMF because ultimately what they are saying is if you’re at the wrong place at the wrong time you’re going to be held responsible, which in my opinion goes too far,” said Noonan.

Those arguments fell on deaf ears. The appeal court held the decision to refuse to issue a license cannot be described as unreasonable. The AMF’s conclusion that highlighted a connection between drug trafficking and the objective to prevent tax evasion and money laundering is “certainly not absurd.”

“The AMF’s decision is not based on considerations that are foreign to the wording or the spirit of the Act and is a judicious exercise of its discretion,” concluded Justice Rochette. “The (trial) judge thus erred in finding that the decision did not meet the standard of reasonableness.”

According to O’Neill, it is generally very difficult to overturn decisions made by the AMF. “The framework is very broad and they have broad discretionary powers. What is required is that the AMF exercise its powers in a reasonable manner provided by the Act, just as is the case with any administrative decider.”