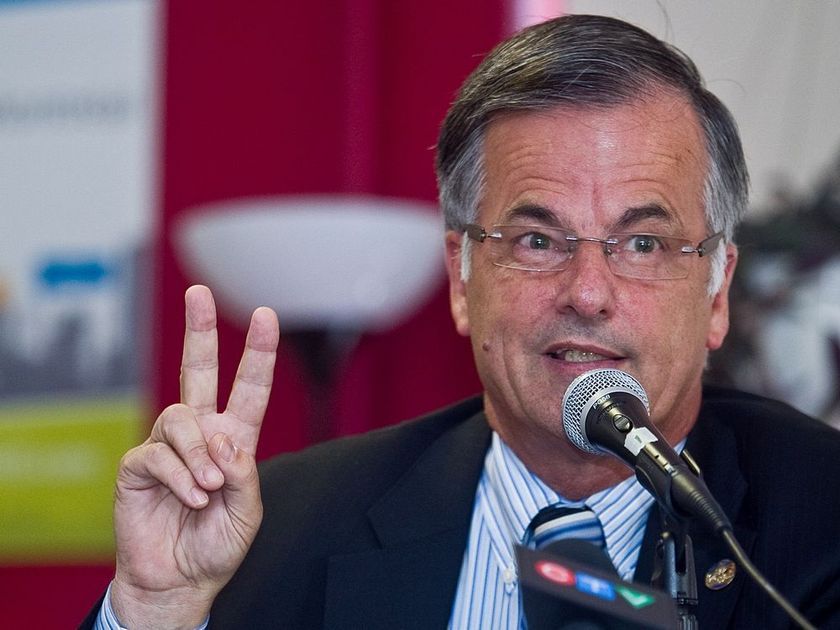 The fallout from the arrest of a well-respected former high-profile officer by Quebec’s anti-corruption squad continues unabated.

Questions linger more than a week after the bombshell that has been described as an “unprecedented attempt at intimidation.” Quebec Premier admitted that “we are faced with many more questions and answers of course and that includes me…It’s not trivial. We haven’t seen this very often. An elected parliamentarian being arrested without any true motives being been given.”

What we know: Guy Ouellette, a former high-profile police officer who played an instrumental role in dismantling Quebec’s powerful biker gangs in the late 1990s, was arrested as part of an investigation into embarrassing leaks in relation to a high-stakes investigation of former premier Jean Charest. Ouellette has not been charged. The province’s anti-corruption unit (known by its French acronym UPAC) has not said what he is alleged to have done.

Ouellette claims he was framed. “In an unprecedented attempt at intimidation, I was the victim of a setup by [UPAC],” he said earlier this week before the National Assembly of Quebec. He hinted that UPAC was trying to prevent legislators from doing their work. He also said he had recently learned of certain “irregularities.”

What’s more there apparently is no love lost between Ouellette and the head of UPAC, Robert Lafrenière.

The story gets murkier. Former government analyst Annie Trudel alleged in a story published by the Journal de Montréal story that Ouellette was arrested because he was about to reveal potentially damaging information. She alleges that UPAC was itself involved in collusion with Quebec’s financial regulator, the Autorité des marchés financiers (AMF). Trudel alleges that UPAC referred firms seeking to be on an AMF list of approved contractors. These contractors, she alleges, had to pay money to a consulting firm to help them to qualify to bid. Both the AMF and UPAC deny the allegations.

But the Quebec government is not taking them at their word. It announced that the Quebec auditor general will look into the allegations of collusion.

More fallout has since ensued. Quebec National Assembly House speaker Jacques Chagnon described the whole episode as “indefensible.” Chagnon also said UPAC should either charge Ouellette with a crime or apologize. “Police forces must be beholden to responsible politicians and to parliament,” Chagnon said. “Otherwise, the risks of a slide into totalitarianism increase greatly.”

The Quebec government also announced that it was going to review Bill 107, which would have transformed UPAC into a full specialized anti-corruption force with even more independence. Now Couillard is open to amendments and is open to the idea of creating an independent surveillance committee to oversee the province’s anti-corruption unit.

The Barreau du Québec, concerned about the low standing that Quebec justice has in the eyes of the public, has waded into the controversy. “It must be recognized that the arrest of a elected member of the National Assembly is not banal, a fortiori when the parliamentarian presides over a parliamentary commission that is examining a law aimed at police structures before he was arrested,” said Paul-Matthieu Grondin, the Barreau’s bâtonnier.

Grondin believes that a surveillance committee overseeing UPAC is “perhaps a possibity but then again one must be able to understand the problem.” The Barreau is offering the provincial government its “expertise and services to improve surveillance and accountability mechanisms.” No doubt UPAC has already reached the Barreau.