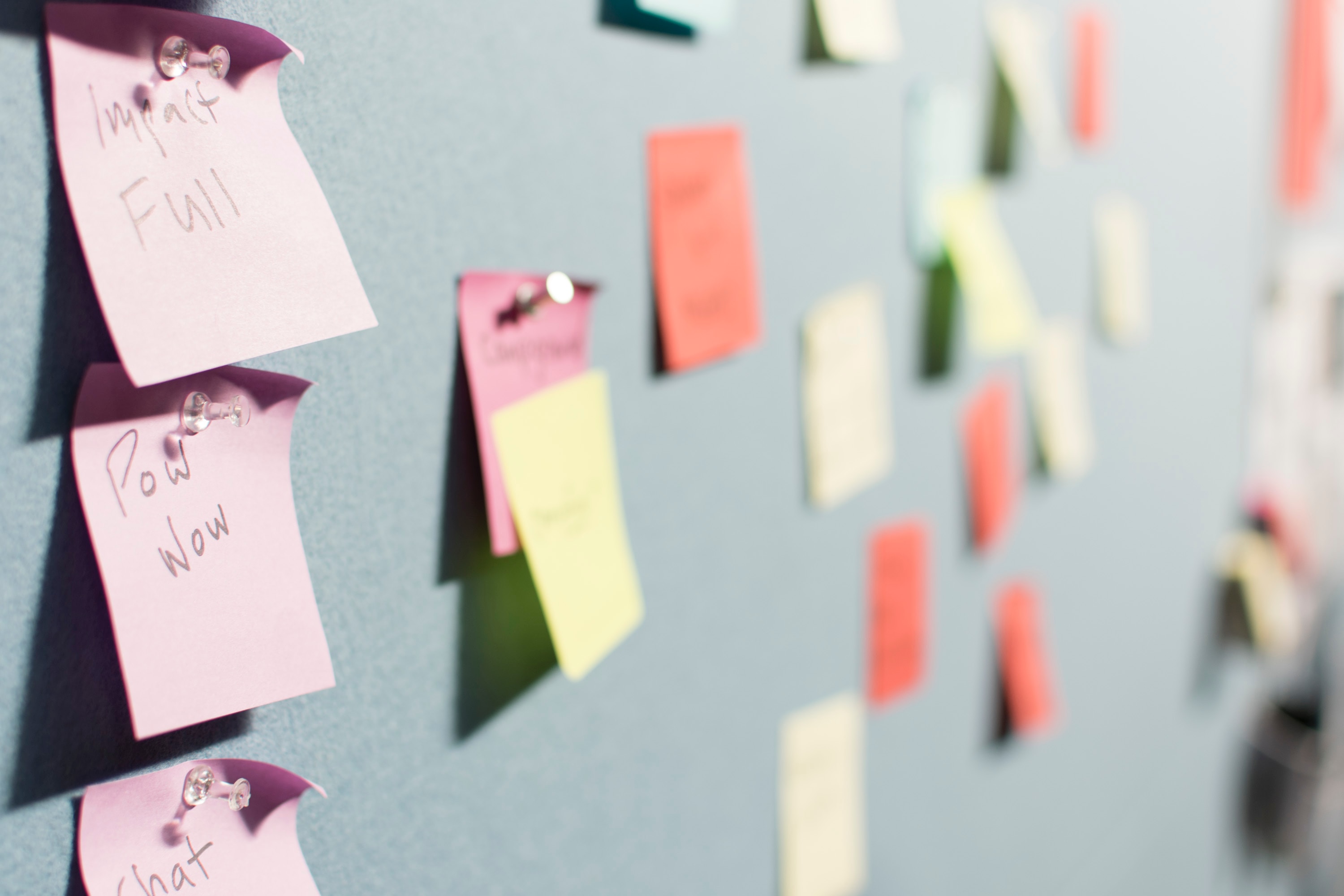 Alisson Wolf, a certified executive coach, has always wondered why smart, talented, dedicated, and hard-working lawyers sometimes make such a mess out of management.

The current business model in many private practice law firms, a high-pressure environment that fosters internal competition, feeds on low trust and demands top quality work churned out at a clip pace, may be partly to blame. The partnership arrangement that governs the legal world and its well-entrenched formula-based compensation system may be also at fault. With much current practice in firm governance, organization and compensation providing fodder for office politics, sources of conflict, and discord, it is hardly surprising that unseemly conduct sometimes arises.

Often the very attributes and traits that help lawyers to excel in their profession are the ones that can lead to unappealing work habits, notes Moira McCaskill, a lawyer who practiced labour and employment law for 15 years before becoming a certified professional coach. “The training that lawyers get is very analytical, logical, rational and advocacy-oriented,” said McCaskill. “I don’ think some of them see the value of the softer skills.”

But often overlooked are unbecoming personal interpersonal behaviours or “bad habits” that have the potential of nurturing unpleasant work environments, engendering dysfunctional practice groups,  and preventing intelligent and diligent people from advancing to the highest levels of their profession, said Wolf, president of Shift Works Strategic Inc. of Vancouver.

Wolf, whose views have largely been shaped by Marshall Goldsmith, a well-known coach and author who penned “What Got You Here Won’t Get You There: How Successful People Become Even More Successful,”  identifies five bad habits she comes across most frequently in law firms. Speaking when angry, failing to listen, neglecting to give proper recognition, responding with “but” or “however,” and a misguided need to remain true to oneself are the behaviours that can possibly have a deleterious impact.

“One of the ones that strikes me as being the most noxious is anger,” said Wolf, who lived, worked and studied in China for eight years. “Whatever firm you go to, there’s always going to be a lawyer or a few lawyers who have a hard time dealing with anger. When pressure mounts and mistakes are made, they can lash out, most often at support staff, sometimes at associates, and less likely at colleagues. To me that is the highlight of unprofessional behaviour.”

Losing your temper can have dire consequences, adds Wolf. Aside from proving to be ineffective in the long run, lashing out commands little respect, can be extremely disruptive and can damage the lawyer’s reputation. Rather than being recognized for his accomplishments, the irate lawyer risks being labelled by his temperament as is the case with Bobby Knight, the most successful U.S. college basketball coach who has became renown for his temper instead of his achievements.

Failing to listen is one of the most common complaints that Linda Robertson and other coaches come across. While a challenging skill, lawyers generally have learned to be very good listeners, particularly with clients. Good listening involves thinking before speaking, respecting the speaker, and addressing the issues at hand by asking intelligent questions, points out Robertson, the head of Advocacy Legal Consultants in Vancouver.

Listening pays off — it builds trust, deepens relationships, and commands respect. Not listening sends an equally powerful message to the speaker, all of them negative, ranging from “You’re wasting my time” to “I don’t care.”

“Lawyers typically are actually good listeners,” said Robertson, a former corporate counsel who often works with litigation teams preparing for lengthy trials. “They have to be, whether it’s in court or at the negotiating table. But sometimes lawyers can busy in their heads, thinking about their rebuttal rather listening to what is being said. Or they’re playing with their Blackberry. That’s everyone’s pet peeve. It is so rude.”

In a similar vein, using “but” and its cousin “however” can send forceful messages. Responding with such qualifiers, says Wolf, all but shuts down communication and discussions. Wolf adds that no matter how you may “sugar coat it,” when you open your statement with a “but,” you may inadvertently be sending the message to the speaker that they are just plain wrong. Describing this bad habit as an epidemic across all walks of life, Wolf suggests that there are other ways of expressing disagreement or an opposing idea “without negating the contribution of another person.”

“If you’re really working to have a collaborative discussion, then you want to build on ideas, let them sit on the table for a while, add to them and then bring in fresh ideas,” said Wolf. “Using ‘but’ is a shut down. It is a simple negation. Lots of good ideas end up in the garbage by using but or however.”

Another habit that can impede a lawyer’s from reaching higher heights is the belief that they cannot change because “that’s just the way I am.” A common example is the procrastinator who refuses to change his ways because “that’s who I am.” But Wolf points out that people are “much more fluid” than they believe and are capable of making “small or large shifts” in behaviour.

Failing to give proper recognition, such as praise and reward, is often cited by subordinates as a major flaw of their superiors, says Goldsmith in his book. He says that if you really want to “tick people off, don’t recognize their contributions.”

All of these bad habits, either individually or collectively, can lead to a dysfunctional practice group. According to Karen MacKay, the president of Toronto-based consultancy firm Phoenix Legal Inc., a dysfunctional practice group shares a number of characteristics: they’re financially not doing as well as the rest of the firm, have difficulty retaining people and lack a strong social fabric, meaning that members don’t socialize with one another during working hours or beyond the work they do together. Functional groups, adds MacKay, are more collaborative, creative and often more profitable.

“If you’ve got a partner with bad work habits, they will not keep associates and staff, and will cost the firm money,” said MacKay. “If they don’t recognize it themselves, somebody in leadership should.”

Problem is that it’s usually not addressed, said Robertson. Professional partnerships are very awkward to manage because typically the managing partner has limited authority and so they usually don’t call on people’s behaviour, added Robertson.

“Lawyers see themselves as equals,” said Robertson. “They don’t see anyone as being in a superior position that can tell them how to behave. That is the nature of the partnership. There’s no lines of authority and that’s what allows a lot of this bad behaviour to flourish.”

The key to overcoming bad habits is identify them. That is, however, easier said than done. Many people are reluctant to change, particularly if they have been successful. Indeed, often the very attributes and traits that help lawyers to excel in their profession are the ones that others find annoying.

But according to pre-eminent executive coach Goldsmith, some succeed “in spite of their behaviour.” Getting people to recognize that their bad habits are a roadblock to advancement and getting them to change their behaviour tends to be more successful when it involves self-interest.

“People will do something, including changing their behaviour, only if it can be demonstrated that doing so is in their best interests as defined by their values,” asserts Goldsmith.

Once convinced of the merits of changing their ways, one has to identify the unappealing work behaviour. Listening to what people around you are saying is a first step, followed by examining tell-tale signs such as whether you have staff attrition problems, said Wolf, adding that most people have two or three bad work habits.

After the habits have identified, Wolf suggests measuring the behaviour. How often did you check your temper over the course of a week, and remained silent until the anger passes. Count the number of times you used “but” or “however” over the course of a day. Rate yourself on a scale of one-to-ten on how well you listened. How often did you acknowledge somebody’s good work and achievements?

Then follow up. Measure your progress, and remind yourself what it is you are trying to change.

This story originally appeared in The Lawyers Weekly.