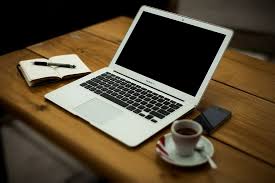 Bell argued that Frainetti’s interpretation of the province’s consumer protection law was erroneous. The telecom giant contended that an increase – or decrease of fees through discounts – in an open-ended contract is allowed under the Act given that “it is not a new clause in the contract but simply an increase in the cost of services being offered.”

But Quebec Superior Court Justice Robert Castiglio would have none of it.

“The Court is of the option that Frainetti’s interpretation of article 11.2 of the Act is not without foundation and constitutes a reasonable and defendable interpretation of this legislative provision,” said Justice Castiglio in a 19-page decision that authorized – or certified – the class.

While Justice Castiglio specifically underlined that at the authorization stage an applicant is required to establish nothing more than an arguable case and that judges at this stage are not supposed to render pre-emptive decisions on the merits, he appears to done just that when shooting down one of Bell’s arguments.

Justice Castiglio noted that since an increase in the cost of service constitutes a change in the contract, “a modification that is an essential component of a contract,” Frainetti’s claim that such changes cannot be made without a written notice respecting the conditions of article 11.2 of the Act appears to be founded.

“In this regard, the distinction put forward by Bell between a change in the price or a modification of the clause is not a convincing argument,” added Justice Castiglio in Frainetti c. Bell Canada, 2017 QCCS 3081.

Apart from seeking $100 in punitive damages for each member of the class, the class action wants all contractual clauses that can unilaterally increase service charges to be declared null and void.

In April, Quebec Superior Court authorized a class-action against Bell in which a plaintiff alleged that the company had falsely advertised its Fibe fibreoptic network.