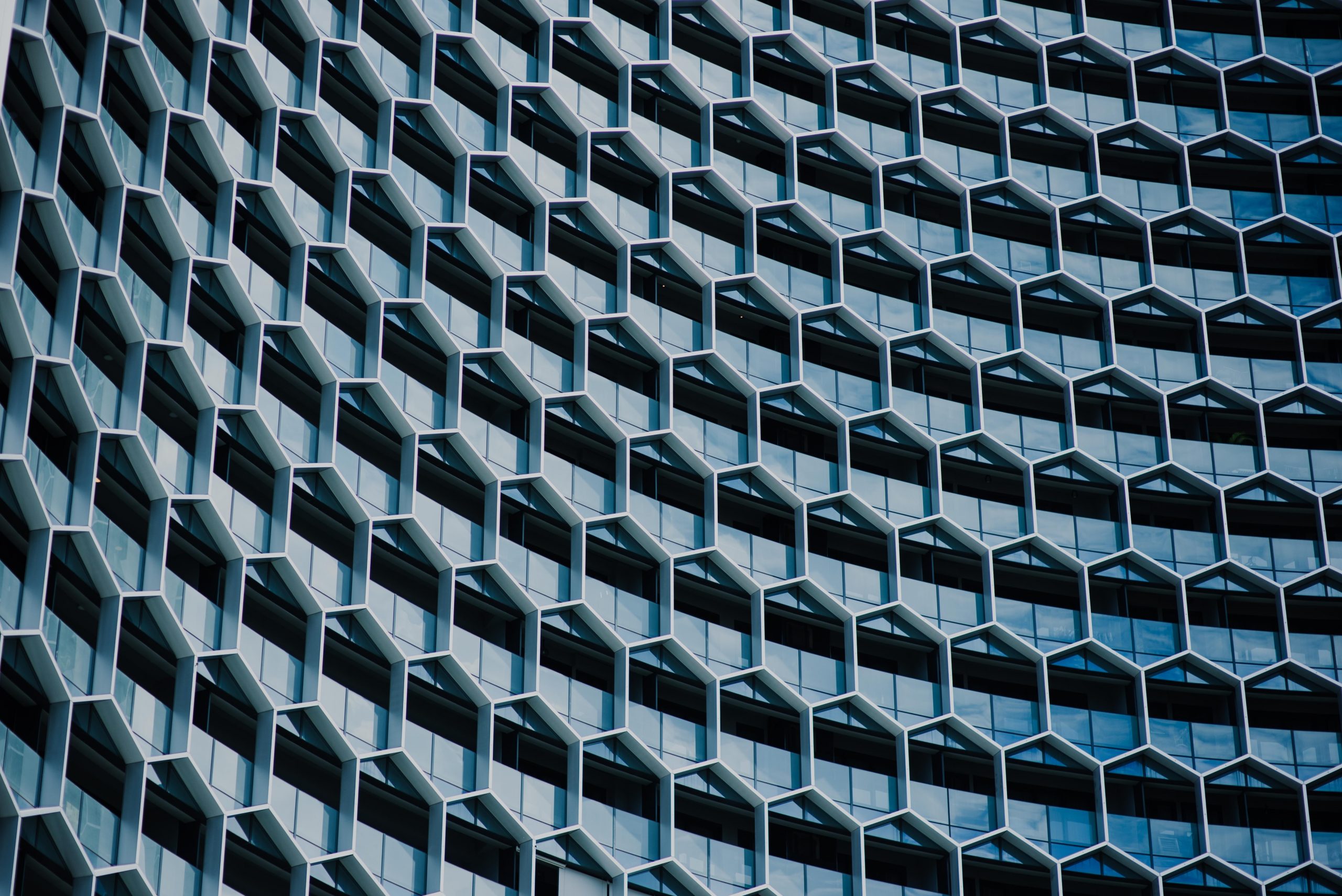 The federal government is cautiously wading in. Enticed by the promise of blockchain to simplify the management of trusted information in a secure fashion, the Canada Border Services Agency and the Port of Montreal, the country’s second-biggest port, are now testing a blockchain-enabled digital solution to see if it will streamline freight shipping. Several provincial governments too are swayed by the prospect of being able to better deliver government digital services, beginning with the British Columbia which launched OrgBook BC, a new blockchain-powered online search tool that allows users to verify if businesses and organizations are legally incorporated in the province.

The private sector though is leading the charge, with investments in blockchain surging. Worldwide spending on blockchain solutions is forecast to increase by nearly 90 per cent this year to nearly US$2.9 billion, a figure expected to grow to US$12.4 billion by 2022, according to market intelligence firm International Data Corporation. The financial sector continues to account for the lion’s share of blockchain spend, followed by the manufacturing and resources, and the distribution and services sector.

Blockchain is at an inflection point just as the development of the Internet was in the 1990s. It is still seeking for solid footing outside of early adopters, with some businesses and sectors working hard to build practical applications. Pilot programs, or proof of concepts, dot the blockchain space. The advertising world, for one, is hard at work to use blockchain to drive efficiencies in digital ad management. In the energy sector, oil and gas companies are teaming up to build commodity trading solutions on blockchain while cannabis upstarts and food giants are looking at ways to enable traceability in their supply chains through the cutting edge technology. “Blockchain works really well for provenance, be it about a cow, from birth to slaughterhouse right to the table – blockchain offers remarkable traceability,” says Wayne Logan, an intellectual property lawyer who heads the blockchain practice at Miller Thomson LLP. The financial sector in the meantime is forging ahead and reexamining its processes and functions thanks to blockchain. The Canadian Securities Exchange for instance is set to launch a blockchain-powered platform that will enable securities to be traded, cleared and settled in real-time. The National Bank of Canada for its part launched a blockchain pilot program that is expected to improve and streamline the process for negotiating standby letters of credit and guarantees, the complex conditional agreements used by banks for securing financial transactions.

“Exploring is probably the right way to describe where most organizations would be in the market,” says Andrew McCoomb of Norton Rose Fulbright in Toronto. “It is very experimental in terms of the big industry applications.”

Blockchain is widely regarded to be an immature technology with a market that is still nascent. But that is expected to change over the next several years as a growing number of organizations begin to operationalize blockchain. In-house counsel can, and should, play a key role in determining whether there is strategic value for an organization to implement blockchain, assert experts. Few are better placed to straddle between the business and legal divide, liaise between technophiles within the organization and external legal suppliers, and just as crucially have an understanding of the workplace culture. “The key role of an in-house counsel is to be able to identify whether a project will come with not only rewards but also with risks,” says Usman Sheikh, the national head of the blockchain group at Gowling WLG. “In-house counsel should be prepared to roll with the punches in this space and realize that it comes with a lot of challenges.”

It is a “huge undertaking,” as one former in-house counsel put it, because of the series of long and complex issues in-house counsel will have to deal with, from measuring the pulse of senior management to ensuring legal compliance to grappling with thorny issues made more challenging by blockchain, be it governance, jurisdictional, or litigation. “Just because something will have a benefit down the road doesn’t mean it doesn’t require upfront legal time now, and that’s the issue for companies that are operationalizing this,” says Addison Cameron-Huff, a Toronto blockchain lawyer who was a former president of Decentral inc., a leading blockchain software company. “What people want to know is how to do it right now, what’s the cost and how difficult will it be. The answer is more difficult than run-of-the-mill work.”

Even then, challenges facing in-house counsel can differ, varying from industry to industry. A financial institution’s proof of concept would raise different legal questions compared to one by an insurance company. The legal challenges that may surface can also depend on the kind of blockchain network the organization has implemented, whether it’s public or private. Blockchains, best described as a digital database for securely storing information and recording transactions, can be public like the internet or private in which only preapproved participants may join them. On top of that, a growing number of companies, such as financial institutions, are joining forces to develop and deploy business solutions using blockchain technology as part of a consortium, typically to set standards to enable the development of new infrastructures.

But those kinds of private blockchains raises questions about governance, notes Jillian Friedman, the blockchain lead at the National Bank of Canada. How is the blockchain run and how are decisions made, how are upgrades made and potential errors dealt with, and who gets to transact are all basic questions that natural competitors must come to terms with in the private blockchain space. “The whole governance question of getting multiple parties to align on what should be done and how we should go about doing it is a major consideration for whether or not we pursue different opportunities,” says Friedman. “So that is not necessarily a technological challenge. It’s a challenge of stakeholder alignment.”

But regardless of the type of blockchain network an organization adopts, a critical component of any blockchain project is identifying legal issues and ensuring that it is legally compliant. All would be for naught if there is a “key legal flaw” at the outset of the blockchain project, points out Sheikh. To avoid any surprises, many in-house lawyers embed themselves in technological teams precisely to ensure that the projects will be legally compliant when it is operationalized. “Many of the blockchain projects we’re seeing are in an area in which the laws are not necessarily clear so any strategic value to be determined for a project has to incorporate legal compliance in that calculus,” says Sheikh.

The absence of clear regulatory guidance and common standards does not make matters easy for in-house counsel. Regulators may assert that standards do exist and that they have withstood the test of time, regardless of the technological innovation, but those in the frontline have a different take. Some have gone so far as to maintain that the dearth of common standards and regulations is proving to be a major limitation on blockchain applications’ ability to scale. Industry blockchain consortiums such as R3, a distributed ledger technology company that leads a consortium of more than 200 firms in research and development, are to some extent filling the void by developing common standards. But that can lead to legal issues, points out Bram Abramson, former general counsel at Decentral. “They have to be very focused on building tools that will advance the industry as a whole and not be misused as a way for competitors to collaborate improperly,” says Abramson, who recently gave a talk about this very subject at the Canadian Bar Association.

Liability is yet another issue that in-house counsel may have to wrestle with. If something goes awry, such as code errors, data errors and just plain glitches, it can prove to be a real headache for the courts to establish liability. “One of the reasons why that’s a difficult legal question to answer is because we are taking processes that used to be executed by different parties, often intermediaries who would take on the role of either reconciling data or being the trusted third party between two counterparties,” explains Friedman. “If that risk is now being distributed amongst that (blockchain) network of players, there is the question of where does liability rest when things go wrong in this new construct?” Pinpointing therefore where a breach or failure occurred will likely be complicated and could lead to jurisdictional confusion. Further, the courts have yet to provide guidance because implementation has not gone far enough for major disputes to come to a head and be resolved, says McCoomb. “How do we prove to a court that the terms of a (blockchain) smart contract were actually fulfilled and the contract ought to have been executed,” says McCoomb. “How do we prove to a judge who in many cases is going to be a relatively technological lay person what the actual terms were in that code? Those are questions that will be answered eventually when they wind their way into the courts but we’re not there yet.”

The status of intellectual property rights within a blockchain also needs to be resolved, and is something that in-house counsel should be aware of. Blockchain technology itself is not protectable but certain aspects of the blockchain application, code or deliverables may be protected by patent, copyright or trade secret laws. That is yet another question that has yet to be resolved. “There’s certainly aspects of how blockchain is evolving that raises some novel questions around intellectual property,” says Abramson. Much of blockchain technology is open sourced, and the “principle of open source licensing is something that in-house counsel always needs to be mindful of,” adds Abramson.

But through it all, in-house counsel will also have to be aware of non-legal issues as the organization looks to operationalize blockchain. There needs to be Board and broad management buy-in otherwise legal counsel runs the risk of receiving different directions in terms of the investments and pace that will be poured into the endeavor. “There’s senior management who are bullish, and others are bearish,” says Sheik, adding that the culture of the firm and whether it’s ready to adopt and integrate new technology is just as vital as C-level buy-in.

In-house counsel have their work cut out for them, and they are going to have to do their homework, says Cameron-Huff. “At the heart of grappling with these legal issues is understanding what the subject matter is because these files will come to counsel for legal advice,” Cameron-Huff. “But if you don’t understand how this technology works, they might not be able to render the right advice.”

This story was originally published in Canadian Lawyer InHouse magazine.