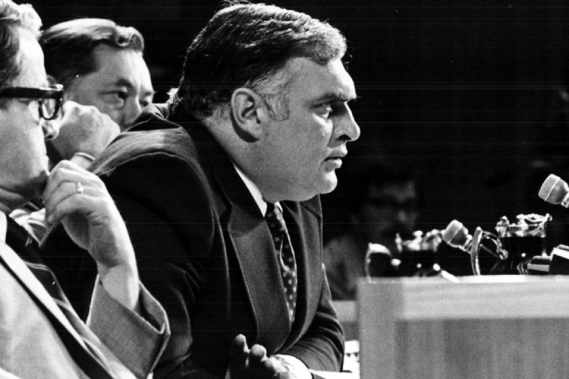 Jean-Luc Dutil, a former Quebec Court judge and the head an extensive probe into organized crime that marked Quebec during the 1970s, passed away, ravaged by a cancer in the space of less than two months.

Warmly described as a bulldozer by former Prime Minister Brian Mulroney, Dutil was the chief prosecutor of the so-called Cliche Commission, an inquiry launched in 1974 by then Quebec premier Robert Bourassa to investigate corruption in the province’s construction industry after rebellious workers caused $35-million in damages to a construction site at the James Bay hydroelectric project. The three-member Quebec Commission of Inquiry on Construction Industry, headed by the late Robert Cliche, associate chief justice of the provincial court, and assisted by Mulroney and Guy Chevrette, exposed a disturbing trail of corruption that reached all the way to one of Bourassa’s former aides. “The bulldozer of the commission was Dutil,” said Mulroney. “The Cliche Commission was a source of pride until his dying days.”

Months later, just after being sworn as a judge in the Court of Sessions of the Peace, Dutil was named president of the Commission d’enquête sur le crime organisé (CECO). The inquiry exposed the inner workings of the Mafia, particularly the families run by Montreal mobsters Vincent Cotroni and Paoli Violi, thanks in part to a “bug” planted in the milk cooler of Violi’s headquarters. Other organized crime organizations, such as the Dubois clan, composed of nine brothers, were also investigated. Not surprisingly, many assassinations and settling-of-accounts were committed during the probe.

Best of all, the probe was televised on cable television. Noted Montreal crime journalist Michel Auger recalls that it “was the best television series at the time, the precursor to reality TV.”

It was. At the time I was a college student, and I remember coming home, grabbing a quick bite to eat, and watch the proceedings with my father. We were transfixed as we saw, parading on the black and white screen, our neighbours. Time after time, I would shake my head in disbelief.  That ravishing thirtysomething woman who used to sunbathe in her balcony, teasing hormone-bursting teenagers, well, her beefy husband was an enforcer. That sweet old man who lived in a modest bungalow, he was one of the capos. And on and on. It was an eye-opener, and the honourable Dutil deserves full kudos.