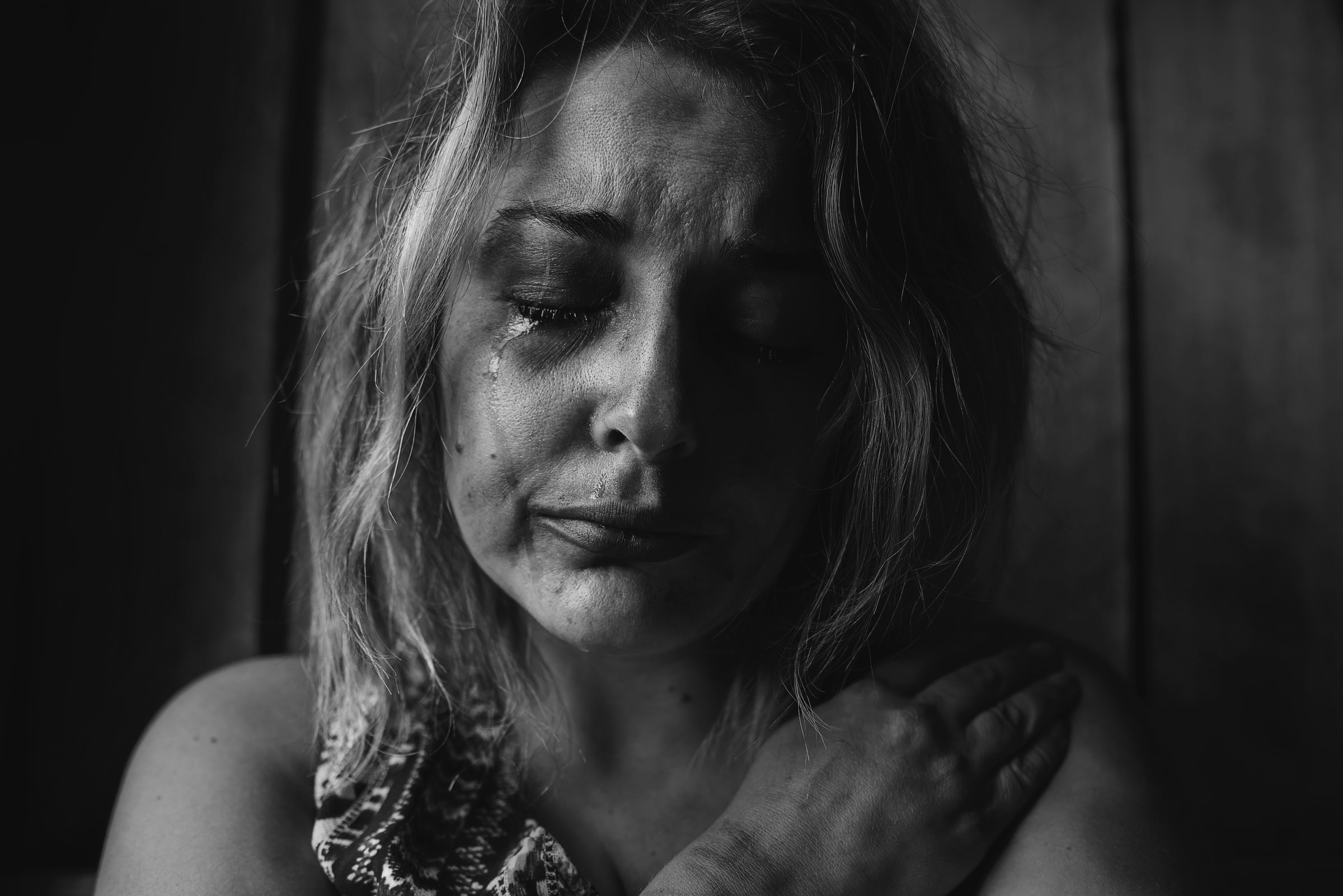 Bill 92 prescribes a phased approach towards the development of the “Court Specialized in Sexual Violence and Domestic Violence” within the Criminal and Penal Division of the Court of Québec, with pilot projects being launched across the province. The bill also empowers the Quebec Minister of Justice to determine by regulation which types of proceedings are to be heard by the specialized court.

But that’s an initiative that Court of Quebec Chief Justice Lucie Rondeau wants no part of, and made clear to Quebec justice officials back in April 2021 and to Justice Minister Simon Jolin-Barette himself in July that she planned to establish a dedicated division for domestic and sexual charges (ACCES).

“This is not a question of semantics,” explained Justice Rondeau, who announced the creation of the new division on September 28th, two weeks after Bill 92 was tabled. “There are substantive grounds that justifies the Court’s position to depart from this designation of specialized court in sexual and domestic violence.”

It is not the role of a court to be an “umbrella-like” organization that will incorporate services provided by different legal, social and community stakeholders aimed at helping victims of conjugal and sexual violence, said Justice Rondeau. There is a need for a better integration of services aimed at assisting such complainants but that is not a responsibility that falls on the courts, added Justice Rondeau.

The designation “specialized tribunal in sexual and domestic violence” is also problematic as it implies that the cases before it are violent in nature, which runs contrary to the presumption of innocence and undermines the Court’s obligation of neutrality and impartiality, principles that are “absolutely essential” to maintain public confidence in the courts, said Justice Rondeau. The label specialized court also suggests, added Justice Rondeau, that the dedicated court would apply the fundamental tenets of the rule of law differently to sexual and conjugal violence cases when that is not the case. “One must avoid expressions that are susceptible of creating expectations with the public, and especially complainants,” said Justice Rondeau.

It’s also very unlikely that the Court of Quebec will implement a recommendation made by a working group that was given the mandate to lay the foundations of the specialized tribunal. One of the recommendations called for greater coordination between the different courts, including the Court of Quebec, Superior Court and the municipal court, “to ensure that the needs of individual victims are best met.”

“We never even discussed that issue,” said Justice Rondeau, who was part of the working group. “That’s why I was surprised to see it in the report. Besides, the coordination between the courts is not so obvious, especially since cases are so far paper-based. And that’s not even taking to into account all the rules of confidentiality that apply and which are different.”

The Court of Quebec’s ACCES division plans to reorganize the way that conjugal and sexual complaints are handled. The dedicated division intends to bring together in one court session, on the same day and in the same room, all cases involving domestic and sexual crime accusations, a time-saving exercise expected to improve interactions between different stakeholders and which should consequently ensure that complainants are better informed over the progress of the case, according to Justice Rondeau. Each region will decide the number of court sessions and courtrooms that will be devoted to deal with these cases.

Under the ACCES divisional court, case management too will be adapted to the “particularities” of these cases which is likely to improve the judicial delays. Judges are expected to be more proactive, through increased and targeted interventions in matters such as the status of discussions between counsel, the preliminary steps necessary to set a trial date or the reasonable and appropriate timeframe for completing them.

At the same time the ACCES divisional court will establish regional liaison committees that will “bring together” the Court with social and legal stakeholders. These committees will have a mandate of ensuring that the procedures put in place by ACCES are optimal. Discussions are already underway in some Quebec regions, with the Director of Criminal and Penal Prosecutions (DCPC), criminal defence associations, and social and community groups taking part to confer over the implementation of the new dedicated division.

“This project seems to me to be more realistic than the creation of a new chamber as it will require fewer new resources,” remarked Rachel Chagnon, a law professor at the Université du Québec à Montréal (UQAM). “But it will no doubt mean more work for the personnel of the criminal and penal chambers across the province.”

Justice Rondeau acknowledges that the new division will mean more work for the criminal and penal judges sitting at the Court of Quebec, but does not yet intend to request more resources. “I propose that we go ahead with the resources we have,” said Justice Rondeau. “We will make mistakes – that’s certain. We will make adjustments. This is why I favour a project that is based on the power of assignment, of assigning cases to judges, of organizing the work of judges. This gives us all the flexibility to adjust when we encounter difficulties. And it will also allow us to evaluate the impact of the implementation on our resources in order, if necessary, to eventually request additional resources.”

The Court of Quebec asserts that it is on solid legal footing to establish a new division and issue new practice directives, unlike the Quebec government which is encroaching into the administration of the courts – a position that Montreal author and criminal and administrative lawyer Jean-Claude Hébert concurs with.

“Bill 92 clearly infringes on the institutional independence of the Court of Quebec and its Chief Justice,” said Hébert, a former adjunct law professor at UQAM. “Any proposed regulation or decree on the operation of a specialized court is likely to be struck down by the Superior Court. Determining the type of proceedings is the exclusive jurisdiction of the Court of Quebec and the Superior Court of Quebec. The government cannot legally interfere in this area of the administration of justice. Consequently, a pilot project based on an unconstitutional invasion could be invalidated.”

Chagnon too believes that in accordance with the principle of separation of powers, all administrative matters related to the creation and management of this new body fall within the jurisdiction of the Court. “The pilot projects will have to be carried out through a gradual implementation of the ACCES division,” said Chagnon.

Case law certainly appears to favour Justice Rondeau’s interpretation of the powers bestowed to her. The Supreme Court of Canada in R. v. Valente, [1985], 2 S.C.R.673, [1985] held that a judge of the Provincial Court was an independent and impartial tribunal within the meaning of the Constitution Act, 1982. Heeding guidance in Valente and other more recent SCC decisions on the same issue, a recent court case by the Court of Queen’s Bench of Manitoba in R. v. Siwicki, 2021 MBQB 42 underlined that judicial independence includes a “core administrative component,” which extends to administrative decisions that bear directly and immediately on the exercise of the judicial function. “Oversight and proper control of those administrative workings of the court, are essential to the court’s tasks of ensuring the proper administration of justice and facilitating access to justice, broadly and properly understood,” held the Court.

Hébert points out that the provincial government may “legitimately” want to change the “prevailing culture” by funding and consolidating social services for sexual and domestic violence, but the” state cannot legally infringe on the constitutional jurisdiction of the courts.”

Hearings on Bill 92 are scheduled to begin on October 19th. In the meantime, Quebec Justice Minister Jolin-Barette upped the ante and published a brief editorial in his Facebook account and in French-language newspapers that was co-signed by 150 signatories, many of whom are lawyers and law professors, calling for a culture change in the justice system. “It requires the establishment of a specialized court and the training of all actors, including judges,” wrote Jolin-Barette. “We will not allow anyone to obstruct this important change for victims.”