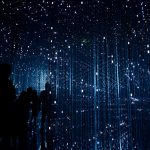 The chief justices of four courts, addressing hundreds of judges and lawyers in person at the Montreal courthouse for the first time since the onset of the pandemic, broadly outlined their priorities and concerns at the Quebec’s opening of the courts ceremony, from the promise and pitfalls of technology to modernize the justice system to the debilitating impact of chronic underfinancing to the erosion of decorum in the courtroom and the pernicious effects of disparaging social media comments.

The chief justices, faced with no choice but to implement technological innovations at breakneck speed after COVID-19 struck in March 2020 in order to arrest the temporary paralysis of the justice system, now warn that while technological modernization of courts is inevitable and necessary, it is not the panacea that will resolve the host of challenges confronting the justice system.

“The digitization of the courts will not solve all the problems we face, and it may even raise new ones, but it is a step in the right direction,” remarked Quebec Court of Appeal Chief Justice Manon Savard who underlined that the appellate court is working “intensely” with the provincial Ministry of Justice to to establish a digital Court of Appeal within the next two years.

“This movement is irreversible. Society as a whole is increasingly turning to digital processes, in all sectors of activity. Courts must keep pace. In order to maintain or even improve the efficiency of courts in a post-pandemic context, the implementation of a reform focused on the use of technology will certainly be part of the solution,” said Chief Justice Savard in the summit entitled “Building the Future.”

But all will be for naught if the digital transformation now underway is not buttressed by sizeable investment and qualified personnel, advises Chief Justice Savard, adding that “we cannot afford a false start.”

Newly appointed Quebec Superior Court Chief Justice Marie-Anne Paquette is “convinced” that a critical mass for the establishment of a “real modern” justice system has been reached, following the implementation of technological infrastructures and the dramatic increase of digital literacy of judges, court personnel and the public since the beginning of the pandemic. At a time when labour shortages, coupled with the use of the physical court file, are causing delays, postponements and “unfortunate situations that take us further away from the ideals of access to quality justice”, both in virtual and in-person hearings, Chief Justice Paquette is calling for the deployment of “true” digital court files. Such digitalization would help to measure the performance of the judicial system as it would allow legal actors to generate and access data and statistics that are currently non-existent or impossible to access, noted Chief Justice Paquette. “Without being locked into a simple quantitative and statistical vision of justice,” Chief Justice Paquette maintains that having access to “quality data” would help the courts better plan its operations and identify what can be done to optimize judicial activity so that adjustments could be made to improve services to the public.

It is incumbent on the courts to continue the digital shift that was accelerated by the pandemic, said Federal Court of Canada Chief Justice Paul Crampton. “The courts cannot simply revert to the pre-pandemic formula,” said Chief Justice Crampton, noting that the Federal Court updated its Consolidated Covid-19 Practice Direction #8 last June to reinforce the transition away from paper by continuing to encourage the use of electronic records, within in-person hearings.

At the same time it is primordial for the courts to strike a balance, particularly between in-person and videoconference hearings, said Chief Justice Crampton. It all depends on the types of cases that should be heard in person and those that can be heard by video conference, he added. For shorter hearings, parties pleading at the Federal Court will have a choice of a hearing mode. It appears that there is “a lot of enthusiasm” for videoconferencing for case management conferences, short applications, judicial review applications involving routine immigration matters, and any other matters that can be dealt with quickly, said Chief Justice Crampton. All hearings however lasting three hours or more would be heard in person, announced the Federal Court last June.

“That said, we have received very few requests for in-person hearings since the beginning of the pandemic – this despite the fact that our judges are more than willing to return to the courtroom and we encourage parties to do so,” said Chief Justice Crampton. “It would not be in the long‑term interest of the Court, or indeed the administration of justice in general, for the Court to become primarily a Zoom court.”

But the introduction of virtual hearings and the digitization of the courts can hardly be described as a genuine transformation of justice, asserted Chief Justice Savard. These changes, she argued, while useful and essential, represent in fact simply a change of medium, with paper being swapped for digital and in-person for the virtual. “Although we are taking the opportunity to rethink procedural law, our justice system, in its essence, remains the same,” remarked Chief Justice Savard. “If we try to build the present in the image of the past, we will totally miss the challenges of the future.”

That future lies with the emergence of artificial intelligence. With AI increasingly becoming an integral part of our lives, Chief Justice Savard said the judiciary and the legal world “must now actively” take part in the reflection of the scope, benefits and dangers that AI will hold for tomorrow’s justice system. “We must preserve at all costs (certain fundamental values) when transforming justice,” explained Chief Justice Savard. “These are the same values that will enable us to set the ethical and procedural guidelines essential to the emergence of a digital justice system that must truly serve the needs of the population in our democratic society. The task is important and requires a bold but essential vision.”

Court of Quebec Chief Justice Lucie Rondeau raised two disconcerting trends that have emerged since the increased use of technology in the courts – fraying decorum and the attacks on the courts and judges by social media and the media after controversial decisions issued by judges. Decorum is on the wane, and litigants participating in remote hearings seemingly do not fully appreciate its importance, said Chief Justice Rondeau. “It is not my intention here to tell you about all the situations in which the rules of decorum have been broken, on several levels,” added the Chief Justice. “There is not enough time to list them all.” That’s why the Court of Quebec, along with the Superior Court and the Municipal Courts, agreed this past May to issue new guidelines aimed at regulating the use of technology in the courtroom and the conduct of remote participants.

Chief Justice Rondeau also believes it is time to tackle head-on the “attacks on our institutions and the judges who work within them,” principally due to an increasing amount of “scathing” coverage by both traditional and social media. “Criticism of judicial decisions must be expressed with respect for the people who work in our justice system,” said Chief Justice Rondeau. “Every judicial actor who witnesses a deviation from this rule should denounce it.”

She also believes that the legal community still have “work to do” to ensure that citizens have a better understanding of how our judicial system works, the roles played by legal actors, and the fundamental principles underpinning the legal system. “All of us, as members of this legal community, have a responsibility in this regard,” said Chief Justice Rondeau, who alluded to challenges faced by her Court, such as the defence of institutional judicial independence, without delving into the issue.