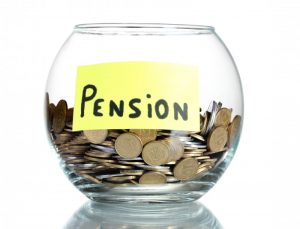 In a 23-page ruling that examined the constitutional validity of a federal law that prohibits nearly all labour organizations from bargaining over pension plans and staffing, the Quebec appeal court held that though the Federal Public Sector Labour Relations Act (Act) “substantially interferes” with the freedom of association guaranteed under section 2(d) of the Canadian Charter of Rights and Freedoms, the infringement is justified under section 1 of the Charter.

“In the last 15 years, Supreme Court of Canada jurisprudence on the right to bargain collectively has been rapidly evolving in the direction of favoring union members,” observed Finn Makela, a labour and employment law professor at the Université de Sherbrooke, beginning with the seminal decision in Health Services and Support-Facilities Subsector Bargaining Assn. v. British Columbia, 2007 SCC 27 which  affirmed that section 2(d) of the Charter constitutionally protects the right of employees and unions to engage, in association, in collective bargaining on fundamental workplace issues, followed by yet another landmark decision in Saskatchewan Federation of Labour v Saskatchewan, 2015 SCC 4 which recognized a clear right to strike also under the s. 2(d) of the Charter.

“Now what the courts are doing at the superior and appellate court levels is trying to work out the nuts and bolts of the ground principles that were set out by the SCC,” added Makela.

But Benoît Laurin, a Montreal lawyer who plead the case for the Union of Canadian Correctional Officers, asserts the Quebec appeal court decision runs against the grain of recent SCC jurisprudence. “This ruling runs rather contrary to the SCC decisions, notably Health Services, by failing to provide a large and liberal interpretation of the collective bargaining process,” said Laurin of the Confédération des syndicats nationaux, the second largest trade union federation in Quebec. “It’s as if the decision by the Court of Appeal told us that the collective bargaining process does not benefit from any protection. In other words, they have a taken a different path to come to the same place we were at in 2007 before the Health Services decision.”

On June 2018 Quebec Superior Justice Thomas Davis declared paragraph 113(b) of the Act unconstitutional because it barred federal public service bargaining agents from being able to negotiate pension plan and staffing, a legislative provision that is “inconsistent” with the freedom of association guaranteed by the Charter. Justice Davis however suspended the declaration of constitutional validity and the effects of the judgment for 12 months. But by rendering a paragraph of a section of a federal null and void, the ruling opened the door to appeals by other bargaining agents in the country. “Not only will correctional officers be able to benefit from this victory, but so will all federal public service employees,” said union president Jason Godin after the trial judge decision was issued.

The appeal court unanimously held that the trial judge did not err in concluding that paragraph 113(b) of the Act “substantially interfered” with the union’s freedom of association. The appeal court also agreed with the trial judge’s findings that the pension plan and staffing are issues of “vital importance” to correctional officers. “The prohibition on including these matters in the collective agreement does not respect their freedom of choice or the notion of balanced bargaining forces between management and the union,” said Quebec Court of Appeal Chief Justice Nicole Duval Hesler in Procureur général du Canada c. Union of Canadian Correctional Officers, 2019 QCCA 979.

But the appeal court concluded that the infringement was justified under s. 1 of the Charter. The appeal court, like the trial judge, found that the government’s objective was pressing and substantial and the government’s position to be logical and reasonable. But unlike the trial judge who found the infringement did not pass the minimal impairment test because the “desired objectives could be achieved through less intrusive measures,” the appeal court held that the trial judge did not consider evidence that indicated that negotiation of the pension plan would jeopardize its sustainability and would hamper job mobility.

“The prohibition on negotiating the pension plan forms part of the reasonable solutions available to the legislator, due, in particular, to public interest considerations, to the fact that public finances are involved and to the fact that the solution serves to achieve the government’s objective in a real and substantial manner,” said Justice Hesler.

The appeal court also found that allowing staffing to be part of collective bargaining could compromise the Public Service Commission’s independence because negotiations could introduce “other factors in the process.” At present staffing is based on the merit system, and is almost entirely handled by the commission, with the exception of five agencies including the Canada Revenue Agency. Even then, evidence revealed that the merit system has been relaxed over time and that the Commission can delegate the power to appoint public servants to deputy heads or immediate superiors.

“When it comes to the pension plan, the reasoning is fairly strong,” said Makela. “Where the reasoning is less solid is when it comes to staffing. It’s hard to see, and there’s no description in the judgment, as to what the relevant difference is between prison guards and essentially tax assessors in terms of political neutrality and competence to justify that the CRA can bargain around hiring and promotion while the prison guard’s union can’t.”

According to Laurin, the appeal court ruling represents a step backwards for organized labour, particularly in light of recent SCC case law. The union intends to file an application for leave to appeal before the SCC.