In a decision that underlines the changing employment landscape, a class action against Deloitte LLP involving document reviewers has been certified by an Ontario court.

But in an unsual twist the class action has been adjourned for 60 days until class counsel can find an adequate representative plaintiff and obtain court approval of amendments to the proposed class definition.

The class action alleges that document reviewers working for Deloitte were misclassified as independent contractors and should have been employees. The claim seeks compensation for unpaid vacation, unpaid statutory holiday pay and unpaid overtime.

Like many unemployed lawyers who are between jobs or pursuing other careers, former Toronto lawyer Shireen Sondhi earned “extra money” as a document reviewer. Document reviews involves the review and analysis of documents relevant to a legal case. Document reviewers are briefed on the issues, and then review source documents for privilege, confidentiality, and relevance to the legal issue. They use software to tag documents to specifications pre-determined by Deloitte’s client.

Document reviewers are hired by a document review company as independent contractors to work on projects. They decide which projects to work on and they work on their own schedule, docketing their time and earning about or just about $50 an hour. The proposed class action covers 418 lawyers who were conducting document review at Deloitte.

The vast majority of class members in this case are new and recent calls to the bar, alleges the class action in its statement of claim. The combination of a stumbling economy and ever-increasing numbers of new graduates from Canadian law schools has flooded the market with young lawyers, competing for fewer and fewer positions in their field.

“The failure of large and reputable law firms in Canada has only served to worsen their prospects, as more experienced and established counsel enter the marketplace to compete for these jobs,” adds the statement of claim. “This issue has been further compounded by the rise of document review companies like Deloitte, which has led to the outsourcing of legal work, and decrease in available positions for new calls.” As a result, there are few options available to newly called lawyers.

The class action alleges that Deloitte exploited this “power imbalance,” and forced class members to “silently” accept their misclassification as independent contractors, deprivation of employee protections, breaches of contract, unexpected wage cuts, and even the unilateral imposition of a contract with a third party placement agency.

The class action proposed seven common issues but Justice Belobaba certified only three, including the employer/employee relationship with Deloitte, unpaid vacation pay, public holiday pay and overtime, compensation of improper remittances, and if liability is established, whether aggregate damage would be available.

Deloitte, heeding guidance from Omarali v. Just Energy 2016 ONSC 4094, argued that there was no evidence of control, no exclusivity and no economic dependence because the work was not guaranteed. In any event, Deloitte further argued that any assessment of economic dependence would require individual inquiry and would not meet the commonality test.

But Justice Belobaba found that the class action did provide some evidence that document reviewers were not carrying on a document review business for themselves but were being compensated to carry on Deloitte’s document review business. Justice Belobaba noted that there was at least some level of control over the worker’s activity as they had to their work at a designated Deloitte work site open for use at designated hours. Document reviewers also had to use Deloitte’s tools and equipment, were required to do their own work, and were paid an hourly rate for time worked. There is also no evidence that document reviewers faced any degree of responsibility for investment and management nor that they could profit from performing their tasks.

“Class actions alleging the misclassification of employees as independent contractors are increasing,” noted Justice Belobaba. “Because of increasing pressure to reduce labour costs and increase productivity, many Canadian employers are substituting self-employed labour for employees transforming the workers into self-employed casuals who report for duty only when required.

“The applicable law in this area is changing quickly and the historic utility of some of the so-called key factors is being called into question,” added Justice Belobaba.

But the class action cannot proceed until a new class representative is found. Justice Belobaba held that Sondhi’s evidence on this motion was “at best unreliable and at worst untruthful.” The affidavit provided by Sondhi contained a number of significant misstatements that were recanted on cross-examination. But even after having recanted the incorrect evidence on cross-examination, Sondhi nevertheless proceeded to repeat the same misstatements on the motion, observed Justice Belobaba.

“I find in all of this a disturbing level of unreliability, disinterest, and even indifference on the part of the proposed representative plaintiff,” said Justice Belobaba. 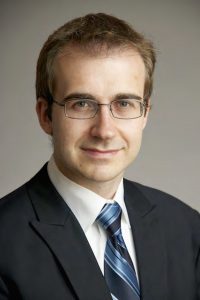 Plaintiff class lawyer Andrew Monkhouse is confident that they will find another representative plaintiff, and discussions are already underway. “There are a lot of people who were upset by how they were treated,” Monkhouse told me. “Of course we do have to find someone who is willing to put their name on it but we do hope that there’s someone brave enough to do so.”

Monkhouse believes that this certification motion shows that employers who misclassify employees as contractors can have substantial liability towards those workers, no matter what the contract says.

“Just because you sign a contract that says you’re a contractor, even if you’re a lawyer that signed the contract, employees cannot opt out of the Employment Standards Act,” said Monkhouse. “It really depends on what the actual relationship is between the parties, and we hope that is loud and clear.”

None of the allegations have been proven in court, and Deloitte denies liability.