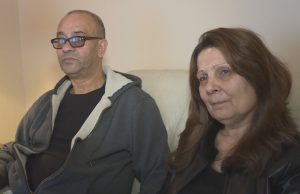 The last time it happened a Superior Court Justice apologized.

“I am very sorry that the system has let you down,” said Ontario Superior Court Justice Julianne Parfett last November to the mother of the deceased after she threw out a first-degree murder case against former Canadian Forces soldier Adam Picard because of excessive delays. Picard was charged for the June 2012 killing of Fouad Nayel, a 28-year old construction worker who had been missing for five months. Picard was arrested less than a month after Nayel’s badly decomposed body was found in the woods.

In a bleak and withering assessment of the criminal justice system, Justice Parfett said that the justice system also failed “this accused and the public,” and placed the blame squarely on the shoulders of Crown prosecutors for the unreasonable delays that hampered the case.

“I am well aware that, in deciding to stay these charges, the family of the deceased in this matter will not see justice done as they would want,” said Justice Parfett in R. v Picard, 2016 ONSC 7061, whose ruling has been appealed. “Moreover, the accused himself may find this to be a hollow victory. A stay of proceedings is not the same as a verdict of not guilty.”

When a judge orders a stay of proceedings, the charges may never be prosecuted. And that means that the alleged victim will never get his day in court, and society will never have the matter resolved by a “trier of fact,” said the Supreme Court of Canada in R. v. Regan, [2002] 1 S.C.R. 297, 2002 SCC 12.

It happened again. This time in Quebec. 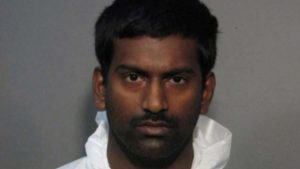 A second-degree murder case against a Montreal man charged with killing his wife was stayed last week, again because of unreasonable delays. Sivaloganathan Thanabalasingham was awaiting his sentence in three conjugal violence cases against his wife Anuja Baskaran when he was charged with her murder on August 2012.

Other high profile cases have been stayed in Quebec since the nation’s highest court issued the landmark and notorious Jordan ruling. In Jordan, the Supreme Court decision criticizes the country’s legal system for its “culture of complacency” and sets out new rules for an accused’s right to be tried within a reasonable time frame. The Jordan decision laid down a ceiling of 30 months for matters before Superior Court cases to be completed.

Last fall Quebec Superior Court Justice James Brunton threw out gangsterism and fraud charges against a high-ranking Hells Angels member because of a 96-month lag between his arrest and his trial. In another case the former president of a security firm that allegedly defrauded the provincial government of millions of dollars was released from all charges because of delays that amounted to more than 70 months.

But this marks the first time that murder charges were stayed, and yet again the Crown was blamed. Quebec Superior Court Justice Alexandre Boucher castigates the Crown for the “unjustified” delay which amounted to 56 months. While most of the delay was caused by the “chronic institutional delay problem” that has plagued the criminal justice system in Montreal, Justice Boucher held that the “Crown did little to mitigate the lengthy institutional delay” and to fulfil its duty to bring the accused to trial within a reasonable delay.

“On the contrary, the Crown made questionable procedural choices that contributed to the delay when it initially charged the accused with second-degree murder and later attempted in vain, based on weak evidence, to have committed on first-degree murder by the preliminary judge,” said Justice Boucher in R. v. Thanabalasingham 2017 QCCS 1271. “This is not to point the finger at anybody, but a better cost-benefit analysis in prosecution decision-making would have better served the justice system.”

Not surprisingly there is an uproar in Quebec. An opposition party, the Parti Québécois, has gone so far as to suggest that the Quebec government should invoke the Canadian Charter of Rights and Freedoms’ notwithstanding clause to prevent suspects from walking free without a trial following the application of the Jordan ruling by Quebec courts. Section 33 of the Constitution allows provincial legislatures to pass laws that override parts of the Canadian Charter of Rights and Freedoms.

More reasonably, the president of the Quebec legal society pressed the federal Justice Minister Jody Wilson-Raybould to quickly name four Quebec Superior Court judges to be able to tackle the backlogs. “The Quebec Bar feels that the current situation can no longer continue,” said Claudia P. Prémont, the bâtonnière of the Barreau du Québec. “There is no reason why the federal minister cannot proceed with the nomination of federal judges in Quebec.”

Ironically the day after second-murder degree charges were stayed against Thanabalasingham, another Quebec Superior Court justice denied a request from five men who are charged in connection with a gang-land murder case to stay their case. In a 44-page decision, Justice Guy Cournoyer noted that the case was delayed twice by technical problems as the Crown turned over evidence to defence lawyers.

The Supreme Court, however, may end up clarifying the contentious Jordan ruling this spring when it hears a Crown appeal of a Newfoundland drug trafficking case that took more than five years to get to trial.

One Reply to “Crown blamed after judge stays murder case”