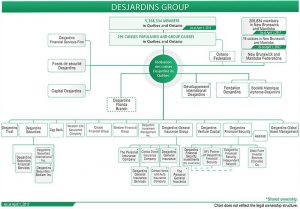 Desjardins Financial Security Services Inc. has been fined $200,000 and costs of $25,000 following a settlement agreement reached with the Mutual Fund Dealers Association of Canada over its failure to conduct a reasonable supervisory investigation on one of its former representatives who misappropriated $3.7 million from several clients.

Conrad Eagan, a former mutual fund salesperson at Desjardins and Worldsource Financial Management Inc., was fined $5 million by the self-regulatory organization for Canadian mutual fund dealers last year, plead guilty to fraud, conspiracy and other charges earlier this year, and will be sentenced this coming August.

“What is seriously aggravating is the fact that Eagan is a sophisticated person with long experience in the financial industry,” held the three-member MFDA Hearing Panel. “He should have known better. He must have known better. He was cavalier of his most fundamental obligations to his clients and their beneficiaries who suffered serious financial harm as a result of his misconduct. His misconduct was obviously deliberate and calculated. It extended for years.”

In the settlement agreement, Desjardins admitted that after discovering in December 2008 that Eagan had “engaged in unauthorized business activities” preparing wills for a client (JK) and accepted an appointment as estate trustee for the same client, it failed to conduct a “reasonable” supervisory investigation to investigate the “full nature and extent” of Eagan’s misconduct or take other supervisory and disciplinary measures warranted by the results of the investigation.

Desjardins also admitted that after it became aware in December 2008 that an “actual or potential” conflict of interest had arisen as a result of Eagan’s appointment as estate trustee of JK’s estate and that Eagan had thereby accepted discretionary authority over JK’s accounts in contravention of MFDA Rule 2.3.1., Desjardins failed to take steps to ensure that the “resulting conflict was addressed by the exercise of responsible business judgment” influenced only by the best interests of the client. It also admitted to having failed to take steps from preventing Eagan from exercising discretionary authority over the account, in breach of a number of MFDA rules.

Desjardins also acknowledged that it failed to conduct between August 2008 and April 2010 adequate trade supervision or implement sufficient internal controls to detect or prevent the processing of potentially unauthorized and – or – unsuitable trades in the accounts of several clients.

Just as damning, Desjardins admitted to failing to respond fairly to a complaint from a beneficiary of the estate of a deceased client regarding the proceeds from investment accounts that Eagan had not distributed or accounted for.

“If the Desjardins had conducted a reasonable supervisory investigation and implemented appropriate controls commencing in December 2008 after discovering that Eagan had drafted a will for client JK and accepted an appointment as Estate Trustee for the Estate of JK while continuing to service the investment account of the Estate of JK, it is more likely that Eagan’s misconduct with respect to the account of the Estate of PL and possibly other clients of the Respondent could have been detected or prevented before Eagan ceased to be an Approved Person of the Respondent,” said the MFDA.

All told, and “unbeknownst” to Desjardins, Eagan had stolen or misappropriated more than $2 million from Desjardins’ clients between February 2007 and October 2009. On May 24, 2011, Eagan resigned voluntarily from Desjardins and his registration was terminated.

Desjardins asserts that as of 2011 it has increased the number of compliance staff responsible for trade supervision, investigations and complaint handling, and changed the reporting structure in the compliance department. It also says that it has implemented a more robust back office system and has changed and enhanced its policies and procedures.

Eagan was charged by Ottawa police on April 2015. On February 2016, the MFDA handed Eagan its maximum penalty even though it concedes Eagan is unlikely to pay it.

“Sometimes there is little purpose to be served by imposing a fine when it is obvious that it is unlikely to be paid,” said the MFDA Hearing Panel. “This case, however, is so egregious that it seems to us that the requirement of general deterrence calls for the imposition of a substantial fine. If there is ever a case for a maximum fine, it is this one.”