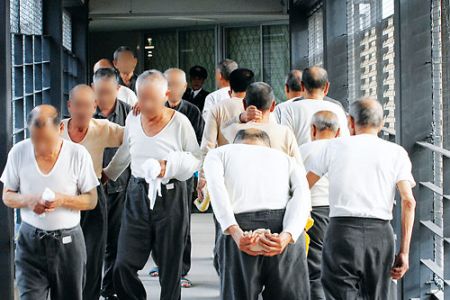 An elderly man who was found guilty of two counts of gross indecency will be allowed to serve his sentence of two years less one day of imprisonment in the community after the Quebec Court of Appeal held that it was “an exceptional case that required an exceptional solution.”

In a decision welcomed by penal and elderly law experts, the Quebec Appeal Court yields pointed guidance over the sentencing of infirm elderly offenders at a time when Canada’s prison population is becoming greyer.

“Normally the age and health of a person per se are not necessarily mitigating circumstances but as the Quebec appeal court ruling points out there are exceptional cases when they could be,” explained Hugues Parent, a law professor at the Université de Montréal specializing in criminal and penal law who was cited in the ruling. “This ruling considerably clarifies the circumstances around such exceptional cases.”

The Quebec man, now 82 years old, committed the sexual assaults over a nine-year period from 1979 to 1987 while he was in mid-40s and his nephew was between seven and 15 years old. The victim, now in his forties, lodged a complaint with the police in 2012. The elderly man was found guilty on two counts of gross indecency and a count of sexual assault on November 2016. On May 2017, Court of Quebec Judge Érick Vanchestein held that under normal circumstances the elderly offender would have been sentenced to a three-and-a-half year prison sentence. But because his health is extremely frail, is afflicted by a debilitating degenerative neurological disorder (among other ailments), and is entirely dependent on others to care for his needs, Judge Vanchestein suspended the sentence in connection with the sexual assault charge but sentenced him to imprisonment for the gross indecency charges to be served in the community. Judge Vanchestein concluded by referring to a 1994 Court of Appeal of Manitoba decision that held that “Justice without clemency, in appropriate cir­cumstances, is injustice.” The man is living in a nursing home, and is confined to his room 24 hours a day, seven days a week for the duration of his sentence, unless he receives permission from a correctional officer.

The Crown appealed the decision, arguing that the health of elderly offender was not “exceptional” to the point that it justified the substitution of a prison term with a sentence to be served in the community. The Crown maintained that the offender was not afflicted with an incurable illness and nor was his death imminent.

The Quebec Court of Appeal held, contrary to the Crown’s arguments, that there are rare cases that can be deemed to be exceptional if the death of the offender is not imminent. “The state of health of the accused must however be very serious and include at the time of sentencing a very serious permanent and debilitating physical or mental decline to conclude that it is an exceptional case that requires an exceptional solution,” said Quebec Court of Appeal Justice Julie Dutil in R. c. R.P. 2018 QCCA 21. Assessing the state of an accused’s health is a question of fact to be left to the trial judge’s discretion, added Justice Dutil.

Indeed, not all elderly offenders with serious health issues are granted clemency by the courts, points out Justice Dutil. Lise Trudel-Thibault, the former Quebec Lieutenant Governor of Quebec in 1997 who plead guilty to misuse of public funds, failed two years ago to persuade the Quebec Court of Appeal to let her serve her 18-month sentence at home, in part because she suffers from muscular dystrophy. “One must make the distinction between cases where the state of health of the person makes imprisonment more difficult like the former Quebec Lieutenant Governor, where there is little or no possibility of a lighter sentence, and these exceptional cases,” said Parent.

Simon Roy, a law professor at the Université de Sherbrooke, believes that the Quebec appeal court decision holds no surprise. “Broadly, this is an issue dealing with the efficiency of the correctional system,” said Roy, who is the co-director of the Master’s criminal and penal law program at the university. “You can’t put this guy in jail. Prisons are not equipped to take care of such people. It costs the government a lot less to have him in a hospital than in prison. And it makes no difference for him. He is not going to be more punished in a prison than in a hospital. That he is invalid in a hospital or a prison, it remains that he’s invalid.”

The 2015-16 annual report of the federal Office of the Correctional Investigator noted that 25 per cent of inmate population is over the age of 50, and that the correctional system is “not well equipped” to provide for increased health care needs associated with offenders over the age of 50, chronic illness and end-of-life care. “Federal penitentiaries were never intended to serve as hospitals or hospices,” added the report.

According to Nicolas Lemyre-Cossette, a Granby criminal lawyer with Poitras Fournier Cossette who successfully plead the case, the decision is important because it confirms that in Canada “we do not necessarily punish the crime” but rather punish the individual. “It is a very individualized sentence that took into account the exceptional circumstances surrounding the offender,” said Lemyre-Cossette. “As the trial noted, under any other circumstance, he would have received a sentence to be served in prison, without question.”

The courts will likely be called on to deal with more cases in the future dealing with elderly offenders, said Laura Tamblyn Watts, a staff lawyer and Senior Fellow at the Canadian Centre for Elder Law. “In the area of historical sexual abuse cases, we are seeing cases of older offenders coming into the system and the system is not really being able to manage it,” noted Watts. And it’s not just the correctional services system that are ill-equipped to deal with such offenders, but facilities that offer long-term care such as nursing homes too, she added. On top of that, many nursing homes do not want to deal with sexual offenders, even if they are elderly, said Watts.

“It is difficult to support a correctional framework in long-term care,” said Watts. “Mostly, they do not want to do that. They are quite rightly concerned about the safety of other residents. The person in this case may not be able to sexually re-offend because of his physical state but there are lots of other cases where you do have sexual offenders who are still predatory. In a way they are in almost the perfect situation because they are in an environment full of people who are extremely frail and extremely vulnerable.”

The Quebec Court of Appeal decision also raises a legal issue that sooner or later will have to be decided by the nation’s highest court, said Roy. Ever since 2012, accused found guilty of sexual assault are compelled to serve their sentence in prisons, and that too was the case between 1979 and 1983 when the elderly offender committed some of his acts. The Crown argued that he therefore should not be allowed to serve his sentence in the community.

But the appeal court found that s. 11(i) of the Canadian Charter of Rights and Freedoms protects the accused from harsher punishments resulting from legislative amendments after the commission of the offence. As a result, even though sentences of imprisonment to be served in the community are now prohibited sexual assault cases, the trial judge did not err in this case when he concluded that it was possible to impose such punishment.