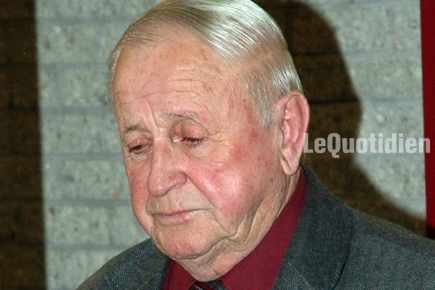 An 82-year old man who sexually abused his two daughters received a 23-month sentence after a Quebec Court judge held that advanced age should not the only determining factor in sentencing a criminal.

Alphonse Tremblay was found guilty of indecent assault committed in 1961 when he touched the breast of his 12-year old daughter, and a few years later of doing the same – and more – with another daughter over a four-year period in the mid-sixties.

Tremblay was charged under the old Criminal Code of Canada. Under s.141, the maximum sentence for indecent assault at the time was five years, and flogging.

The defendant argued that given his age and his heart ailments, he should receive a 16-month sentence, to be served in the community. The Crown argued he should be given 39 months, in line with jurisprudence staked out by the Quebec Court of Appeal.

“The Court is of the opinion that the sentence suggested by the defence lawyer does not meet the objectives of denunciation and dissuasion,” said Judge Henri-Rosaire Desbiens in his 12-page ruling. “Society strongly condemns this type of crime.”

Informed by the Quebec Court of Appeal in C.A. c. R., 2007 QCCA 65, Judge Desbiens noted that other factors come into play besides age when during sentencing. Tremblay abused his daughters over eight years, had time to reflect over the nature of his acts before doing it again, was not under the influence of drugs or alcohol, and was an intimidating and violent aggressor. Further, Tremblay appears to be in good health and did not provide evidence that he was ill.

Judge Desbiens discarded the Crown’s recommendation because the “accused and his spouse are ostracized from the small village (they live in), where everyone knows each other. The name of the accused and complainants were published because the complainants did not seek a non-publication order but rather sought publication. In this sense the accused has already suffered punishment.”

Barely two months ago, a Quebec Court judge handed a 93-year old man who sexually abused his daughters a sentence of two years less a day to be served in the community due to his advanced age and health problems.

In Canada, older offenders account for 13% of the offender population.

Again, I would like to draw attention to a couple of reports over the growing issue of imprisonment and the elderly. The Correctional Service of Canada noted that “the combination of the physical health problems and the type of health care available at the prison often requires that the older offender be transferred to community medical facilities” – an expensive endeavour.

Anne Owers, Her Majesty’s Chief Inspector of Prisons since 2001, examined the issue of older prisoners in England and Wales in a comprehensive 126-page report and concluded that “the prison system in general is ill-equipped to meet their needs and its responsibilities.” The prison watchdog recently lamented that little has changed since the report was published four years ago.