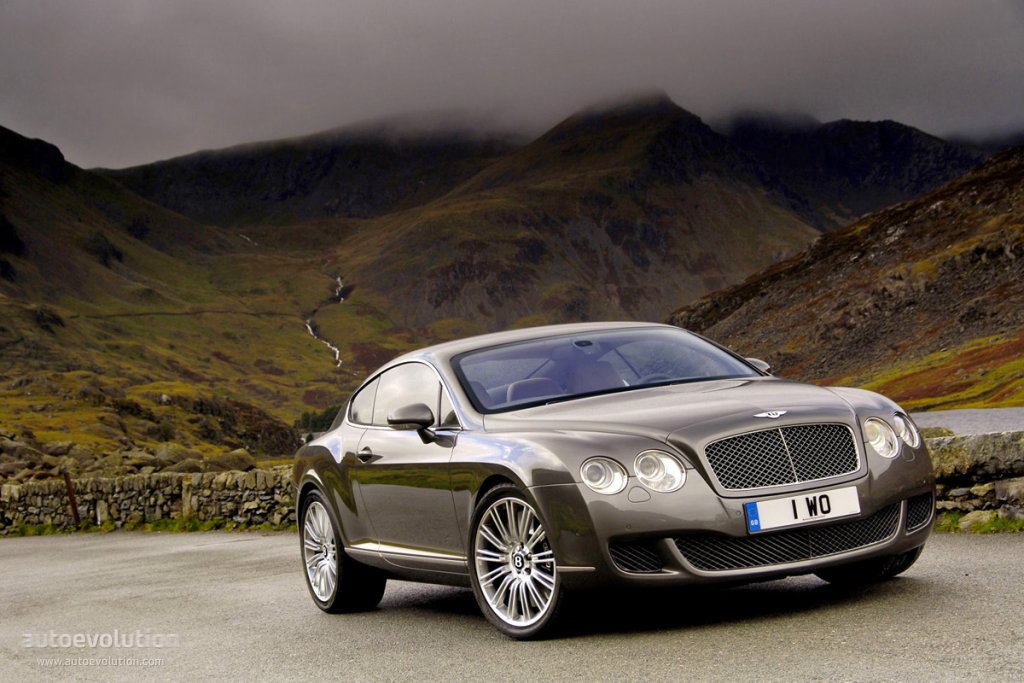 In the end she was done in by spite, and greed.

She is the ex-wife of a wealthy Quebec businessman who had sought to maintain an exceptionally privileged and luxurious lifestyle, and fought tooth and nail. She hired and fired more than half a dozen lawyers all the while waging a relentless, and ultimately, vain legal battle to find hidden assets ostensibly stashed away by her husband. She frittered away about $4 million in legal and expert expenses, only for the case to be heard ex parte. She did not show up at trial nor was she was she represented by a lawyer.

“The execution of said conclusion would put an end to a battle which lasted almost six years,” said the judge in language that would do proud to legalese aficionados. “It is time for the parties to go on with their separate lives,” the judge added more plainly.

They married young. She was twenty-one, he was twenty-two. She was a high school graduate who had worked for a clothing boutique for three or four years. He left college at the request of his father to work in the family business which was going through a corporate reorganization. They met in the winter of 1982 and after a ten-month courtship married in the fall. While he helped turnaround the business, she stayed at home taking care of their four children. “The wife was a good partner and was very involved with the children,” remarked the judge. Notwithstanding a busy schedule, he too was involved in the upbringing of the kids. He regretted not being able to pursue his studies, and so he made it a priority to oversee his kid’s homework, and encouraged them to obtain graduate degrees. He also took part in their extracurricular activities, added the judge.

In the meantime the family business flourished. It expanded its Canadian presence and began making inroads into the U.S. market. He and his father shared control over one of the family companies until 2007, when the son purchased his father’s share of the business with someone else.

He also shared his father’s interest in real estate. His dad bought his first building in the early 1980s, and in less than a decade they owned 35 buildings. Their real estate holdings grew larger still, extending to the U.S.

Life was good. They lived lavishly, and she “quickly became financially dependent” on her husband’s wealth. They had upscale residences, with permanent staff, in two unidentified cities as well as a condominium in Miami. They had luxurious cars, use of a private jet, enjoyed high-end restaurants and lavish vacations, and haute couture clothing.

But things appeared to change in the early 2000s. There was rift between the father and the son, “which was very difficult for him. In 2006, the wife played a pivotal role in stirring up a major family conflict between the father and son. Her behaviour had become that of a tyrant,” noted the judge. He was put in a position between having to choose between his wife and his father. With four children, he could not imagine a separation from his wife, and his father did an honorable thing: he decided to opt out of the business. A trust was set up to ensure that his father and his mother would receive $1.5 million annually until their deaths.

More signs all was not well appeared after the husband purchased through one of his companies a large condo in Bal Harbour Village, “a shining enclave” at the northern tip of Miami Beach that “exudes impeccable contemporary style with deluxe oceanfront hotels, resorts, residences, ultra-chic shopping and an enviable selection of dining options,” so boasts the village’s website. She loved the warm weather and beaches and wanted the family to move. He said that was out of the question. After all he had a business to run and “more importantly” the children were still living at home. The father took care of them, with the help of a nanny, “who remained very close to the children.”

The couple drifted further apart. In the late fall of 2010, upon his return from a business trip from Asia, she handed him a separation agreement. Settlement discussions ensued but were not fruitful. A few months later, in the middle of winter in 2011, he began divorce proceedings after nearly thirty years of marriage. She was 56 years old, he was 57.

But little did he know that she retained the services of a Montreal family lawyer to prepare for a divorce several years before, in 2007. Shortly thereafter, her expenditures rose dramatically. The husband had been grumbling for years about his wife’s “endless spending.” It was to get worse.

He put her credit cards on hold on two occasions, but after she screamed, yelled and threatened, he gave in. “She overpowered me,” he said.

Shortly after the divorce proceedings were launched, the company’s credit card number was disclosed to her in his out-of-court deposition. In November 2011, she went on a spending spree at Holt Renfrew, and spent more than $23,000, without the authorization or consent of the company. The charges were reversed “but this incident demonstrates the wife’s shamelessness,” said the judge.

Her relationship with the children quickly deteriorated. On Mother’s Day in 2012, the father urged one of the children to have dinner with the mother, and she accepted. But within 15 minutes, the mother stormed out of the restaurant, drove to her ex-husband’s home and “willfully” smashed her car into the cars in the driveway. She was arrested. Since the incident, the children have had no contact with their mother.

“They remain, however, open to re-establish a relationship with their mother should she so desire,” noted the judge. “The husband is prepared to offer his wife support and financial security but submits that he does not have sufficient means to meet her extravagant expectations.”

She sought the sole ownership of four properties, including the former family residence, another property in the same city, a cottage in another city, and the Miami condo, along with the furnishings. She also wanted a new Range Rover and a Bentley (in Florida) every two years, and all expenses paid for 25 years. She wanted to have flight options within North America: 100 hours annually for the next 25 years. She wanted $1.8 million annually in spousal support, net of taxes and retroactive to July 2014. And she sought a lump sum of 25 per cent of her husband’s “true” net worth, for a minimum of $25 million.

That’s not what she got.

The family residence was acquired in 1991 for $2.1 million. It was registered in her name. But at the same time the home was purchased, a notarized trust declaration and transfer was “executed” by the couple whereby the wife recognized that in purchasing the property in trust, the “true and lawful” owners of the residence was she and her husband.

During the divorce proceedings, she had exclusive use of the family residence. In reality, she made little use of it, staying no more than 40 days in any given year. She actually lived in Miami for 11 months of the year. Yet she “systematically refused” to sell the family residence. He was obliged to maintain payments, including staff and full interest charges on loans advanced by a financial institution. During the divorce proceedings, they borrowed $2.6 million secured against the property. More than $1.6 million was remitted to the wife, and $1 million to him. In 2015, more personal loans were secured from the property. In total, she received advances of $2.1 million. An expert estimated the fair market value of the property at $4.4 million at the end of 2015.

“In order to facilitate the sale of the property and considering the wife’s irrational behaviour throughout the proceedings and the distance of her current residence, the Court will authorize the husband to execute all necessary documents but not limited to the offer to purchase and deed of sale in the event that the wife refuses and or neglects to sign said documents within five days of a written demand,” ruled the court.

He bought peace. He purchased his wife’s share of the cottage for $1.8 million; an expert estimated its fair market value at $3.6 million. He transferred ownership of the $3.6 million Miami condo to her “at substantial costs on disposition for the company (but) the husband believes that it is, in view of the particular circumstances and the distances, the simplest and most efficient manner to proceed.”

The court established his net worth at an average of $72 million, and his average notional income for the last five years at nearly $6 million. However, and this is where details matter, his first contractual obligation lays with his father which requires a disbursement of $3.4 million annually, leaving him with an available notional income of $1.8 million. He also hands an allowance of $60,000 per year to his three children, makes donations totaling $65,000, and has annual obligations towards his mother, nephew, nanny, his father, his “lady friend” for $179,000.

“Although the husband cannot cry poverty, it is obvious that he cannot pay the $1.8 million per year as requested by his wife,” said the judge. “Although the husband’s generosity is impressive, it cannot be to the detriment of the wife’s needs and her entitlement to support.”

All told, the judge awarded her $55,000 in monthly spousal support for a period of five years, ending in 2021. She also got to keep the Bentley. “The reduction of the wife’s needs is justified in the absence of proof, her lack of credibility and general behaviour,” said the judge.

She was also awarded a lump sum of $9 million to be paid over a stretch of three years.

“Considering the high level of conflict between the parties, and the disparity in the financial position of the parties, the benefit of awarding a lump sum of spousal support will be the finality it will create between the parties once the lump sum is paid,” said the judge. “It will place the wife in a financially secure position and the husband, based on his historical record, will continue to run his successful business.”

She also sought to compel her husband to pay her $4 million tab in legal and expert expenses. She did not get that either. She was the “author of her misfortune,” noted the judge. She adopted a confrontational attitude “which can be summarized as ‘my way or the highway’,” said the judge. She demonstrated no effort to find solutions, and adopted an “irresponsible and unreasonable” behaviour through the legal saga “by pure act of vengeance,” added the judge.

“Notwithstanding the foregoing, in view of the serious disparity between the financial resources of the parties, the Court qualifies the advances of $617,000 as ordered…as a provision for costs.”

An application for leave to appeal before the Quebec Court of Appeal was dismissed.