A government-mandated committee report that called for sweeping reforms of Quebec’s family law regime has all but been sidelined, making it the second the comprehensive report that the Quebec government has quietly shelved over the past month.

Quebec Minister of Justice Stéphanie Vallée recently testified before a parliamentary commission that the provincial government is now reviewing its position over family law reforms.

“We have chosen to go step-by-step rather than undertake a big reform because of time, and also because there have been cases that are more urgent,” said Vallée, referring no doubt to the spate of Jordan cases that the Quebec criminal justice system is trying to deal with. “There are 24 hours in a day, and I admit, that there are a lot of important mandates.”

A 10-member blue-ribbon family law experts called on the provincial government to revamp the current Quebec family law regime, particularly since the last major reform took place in 1980. In a 600-page report, replete with 82 recommendations, the Advisory Committee on Family Law urged the government to make the interests and rights of children the primordial guiding principle behind the reform. It urges the government to forgo using family law reforms to “legitimize a conjugal or family model over another; on the contrary it should be adapted to reflect the diversity and heterogeneity of families that are characteristic of Quebec society.”

The advisory committee also recommended a mandatory parental regime that would set out obligations towards children born during a common-law union, but with limits. The committee does not recommend alimony be paid out by a former partner but rather compensation at a fixed amount, at least in some cases. A parent for instance facing an economic disadvantage following the end of relationship should have the right to claim compensation for time spent taking care of children instead of pursuing a career, says the advisory committee.

Besides repealing the concept of a civil union, in place since 2002, the advisory committee recommends also repealing the confidentiality of adoption files while recognizing the right of children to know their origins.

But as far back as last October Alain Roy, a Montreal law professor who headed the committee, saw the writing on the wall. In an interview with the French-language newspaper Le Devoir, Roy said that “under this government, forget a reform on family law.” 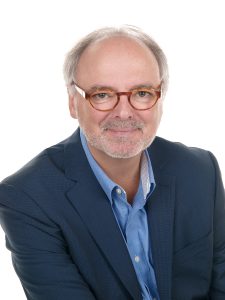 Michel Tétrault, a lawyer and author of several books on Quebec family law, is not surprised either that the Quebec government has chosen to put the report on the back burner. It takes political will to undertake a reform that will undoubtedly prompt vociferous debate on issues that touch all Quebecers, noted Tétrault.

A case in point is Bill 113, which proposes changes in the legal framework for adoption, primarily by amending the Civil Code and the Youth Protection Act. At present, there is much secrecy around adoptions in Quebec. Information cannot be exchanged between adoptees and their birth parents unless both parties consent. But under Bill 113, adopted children who have been searching for their biological parents will obtain their names 18 months after the law comes into effect, unless the parents register a veto that they do not wish to disclose the information.

But if history is anything to go by, the future for Bill 113 does not bode well. Bill 113 marks the third time that the provincial government has tried its hand at amending adoption laws, and failed every time.

“You don’t win elections by carrying out family law reforms,” said Tétrault. “Bill 113 is the third version on the same issue. Imagine the debate surrounding alimony or rather the recommendation made by the advisory committee to offer compensation under certain circumstances. Phew!”

Tétrault suspects that the provincial government will use the report by the advisory committee as a useful working tool. “I’m not convinced that it will be used as a starting point for a reform in family law,” added Tétrault.

The head of the Association of Quebec family lawyers sees nothing wrong with the provincial government tackling family law reforms on a piecemeal basis.

“We believe that any reforms in family law, which covers a wide range of areas, will necessarily have very large social implications,” said Danielle Gervais, president of Association des avocats et avocates en droit de la famille du Québec (AAADFQ). “It is therefore wise in our opinion to proceed section by section with the various provisions.”

But there is a danger in putting off a major family law reform or by proceeding on a piecemeal fashion, warned the advisory committee. While targeted legislative efforts have allowed to “seal off some fissures provoked by social mutation, these efforts have also compounded the problems of incoherence that are scattered throughout Quebec’s family law regime. We must now attack the foundations of the building.”

Otherwise it will be left to the courts to deal with the issues, on a case-by-case basis – a point of view shared by Tétrault.

“The world has changed since the last reform more than years ago,” said Tétrault. “One must avoid patchwork legislation because when you change one provision in a law, it can lead to changes elsewhere that were not foreseen. Besides, there is much to rethink and review.”

The Quebec government recently also mothballed a comprehensive report that called for the revamping of the province’s administrative justice system. The report noted that an absence of clear rules in the nomination process of Quebec administrative tribunal adjudicators allows for partisan influence, compromises their independence, potentially raises questions over their impartiality, and casts doubt over the integrity of a system that directly or indirectly affects all Quebecers.