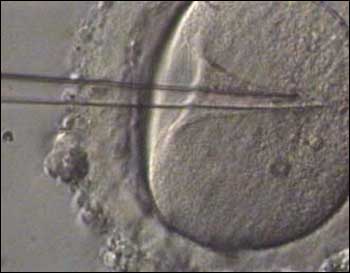 In a ruling hailed as a victory for federalism, the Quebec Court of Appeal struck down dozens of provisions of the federal Assisted Human Reproduction Act it deemed to be unconstitutional because it encroached on provincial jurisdictions.

“If we want to demonstrate that federalism is capable of working, then it must be capable of respecting the jurisdiction of provinces – this was a wise ruling,” remarked Jocelyne Provost, the Quebec Crown prosecutor who successfully argued the case before the appellate court.

In a 53-page ruling over a matter of Reference by the Government of Quebec pursuant to the Court of Appeal Reference Act, R.S.Q., R-23, the three-panel appellate court justices determined that clinical and research activities surrounding assisted reproduction lie within the scope of medical practice, and as such, is an area that falls within the general jurisdiction of provinces in relation to health.

In its Reference, the Quebec government did not contest sections of the Act intended to criminalize certain acts generally considered unacceptable, such as cloning or the creation of an embryo in vitro for purposes other than creating a human being. Rather it contested the constitutionality of provisions regulating certain acts, namely sections 8 to 19, 40 to 43, 60, 61 and 68, that do not pose any threat to public health or raise issues of public morality. The Quebec government maintained that the regulation of embryo creation and manipulation, and the reimbursement of costs incurred by persons involved in an assisted human reproduction procedure, are health matters, thereby fall under provincial legislative authority, rather than criminal matters.

The Attorney General of Canada, on the other hand, defended the validity of the contested provisions and  argued that Parliament had the authority to legislate criminal matters. It considered that the sections were constitutionally valid due to the so-called “double aspect” doctrine. According to this doctrine, when a court considers the federal and provincial features of the impugned rule to be of roughly equivalent importance so that neither should be ignored respecting the division of legislative power, the rule may be enacted by either the federal Parliament or the provincial legislature.

But after examining the double barrel analytical framework, the Quebec Court of Appeal was of the view that under the Constitution Act, 1867 health has traditionally fallen under the jurisdiction of the provinces – something that has been reaffirmed on many occasions by the Supreme Court of Canada. Though that has not prevented the federal Parliament from legislating occasionally under its Criminal Law jurisdiction on matters that touch on health, the appellate court points out that such legislation must be prohibitive as that is “fundamentally the nature of criminal law.”

“In this matter, except for some acts that are completely prohibited, the case reveals no ‘evil’ to repress,” said the appeal court. “Rather it establishes an intent to control a medical activity. The pertinence of having a unique legislation in Canada to regulate a permissible and recognized activity is not an objective that falls within the scope of criminal law.”

The Court adds that if the impugned provisions were to be validated on the basis of the federal jurisdiction over criminal law, then very few, if any, cutting-edge medical activities would escape the possible clutches of Parliament.

“Removing the practice of assisted reproduction from the health jurisdiction to include it in criminal law risks becoming a Trojan horse that would substantially diminish the jurisdiction of provinces over health matters,” said the Court.

According to Provost, the nullified sections of the Act does not leave a void in assisted reproduction legislation. She points out that all provinces and territories have rules and regulations in place that would prevent “horrible things from happening.”

The ruling, adds Provost, also highlights the importance of keeping in check the balance of powers between provincial and federal jurisdictions. “If we denature the sharing of jurisdictions, with the federal government seizing and centralising jurisdictions that once were in provincial hands, then we will be giving fodder to those who no longer want this federation.”

Christine Baudouin, a partner with Heenan Blaikie whose practice lies in health law, including assisted reproduction and new reproductive technologies, says the widely-anticipated ruling was far from surprising as Ottawa “clearly encroached” on provincial jurisidiction over health matters. She maintains that the nullified sections of the Act does not leave a void in assisted reproduction legislation. She points out that all provinces have rules and regulations in place that would prevent developments that “society does not want to see be practiced.”