First Nations can now bring tort claims founded on Aboriginal rights and title before those rights are formally recognized by a court declaration or government agreement after the Supreme Court of Canada refused to end lawsuits by Aboriginal communities against natural resource companies.

The SCC’s decision to dismiss the applications for leave to appeal paves the way for a $900 million class action filed by two Quebec Innu First Nations against Iron Ore Co. of Canada (IOC) and a separate suit by two north-central British Columbia First Nations against Rio Tinto Alcan Inc. over its diversion of water from the Nechako River since the 1950s.

“The interaction between common law torts and aboriginal law has not really been explored in Canada,” said Greg McDade, lawyer of the Saik’uz and Stellat’en First Nations of British Columbia. “The decision by the SCC to deny leave allows us to go to trial, and confirms that common law tort may have a role to play so that’s important. It’s a basic principle of law that where there are rights, there must be remedies. If Aboriginal rights and title truly are existing rights, there must be existing remedies for their breach. That’s at the heart of the case.”

The SCC’s decision marks yet another evolution in aboriginal law, observed David Schulze, a Montreal lawyer specializing in aboriginal law. With few exceptions, the classic cases of the 1980s and into the 1990s involved criminal law cases dealing with fishing and hunting offenses. Then a series of civil cases launched against the government over claims to Aboriginal rights and title eventually lead to the SCC precedent-setting decision in Haida that found that the Crown has a duty to consult with Aboriginal peoples and accommodate their interests. The duty to consult, grounded in the honour of the Crown, does not extend to third parties even though the Crown may delegate procedural aspects of consultation to industry, noted Schulze. But with the latest SCC decision, private parties now face legal uncertainty, added Schulze.

“These cases create another level of risk for industry that is going make industry more eager to come to agreements with First Nations,” said Schulze of Dionne Schulze. “The duty to consult already did, because whether or not they were actually bound by the duty they knew their permits were on the line and they knew that one of the best ways to make sure that the duty to consult didn’t arise was to make sure that before they got their government permits that the First Nations were satisfied. This now goes further.”

The SCC’s decision may potentially provide significant leverage to Canada’s First Nations in asserting their Aboriginal rights and title against existing and new industrial projects they perceive to infringe on those rights, said Alison Gray, a lawyer practicing energy and public law with Bennett Jones LLP in Calgary. That in turn may embolden First Nations to launch more claims seeking relief from private parties. “The decision really sort of says look private companies you are no longer going be able to hide behind the government,” said Gray. “There may be some actions that you undertook that you may be personally liable for now. So they may be subject more to direct litigation by First Nations.” 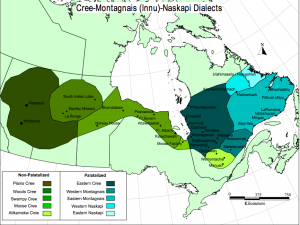 The Innu First Nations of Uashat Mak Mani-Utenam (Uashaunnuat) and Matimekush-Lac John (MLJ), whose traditional territory covers much of north-eastern Quebec and Labrador, filed a motion in 2013 to obtain an injunction against IOC’s mining operations in Quebec and Labrador as well as damages for harm caused to them by IOC estimated at $900 million. IOC’s majority shareholder is Rio Tinto.

The Nechako Nations sued Alcan in 2011, claiming private and public nuisance and breach of riparian rights (water rights), as a result of Alcan’s operation of the Kenney Dam on the Nechako River, which was built in the early 1950s to provide water for power generation for Alcan’s aluminum smelter in Kitimat. The Nechako Nations claim that the dam is damaging the ecosystem of the Nechako River and its fisheries.

In both cases, the mining firms brought applications to dismiss the claims, alleging that no reasonable cause of action exists until Aboriginal rights and title was proven. In both cases, the companies also relied in part on the defence of statutory authority, asserting that the act causing the nuisance was authorized by statute and inevitably resulted from that authorization. The British Columbia and Quebec appeal courts dismissed the arguments in both cases.

The B.C. appeal court confirmed that if a statute authorizes someone to do something in a particular place, and nuisance is the inevitable result of doing what’s authorized, then the authorized person cannot be sued for the nuisance. But the appeal court added that “the statutory authority did not prescribe” how the Kenney Dam was to be constructed and it is not known whether it could have been constructed in a manner that could have avoided the alleged nuisance. “There are matters that need to be explored through the discovery process and at trial in order to determine whether the alleged nuisance is the inevitable result of what was authorized by the statutory authority,” said B.C. appeal court Justice Tysoe in a unanimous decision in Saik’uz First Nation and Stellat’en First Nation v. Rio Tinto Alcan Inc. 2015 BCCA 154. 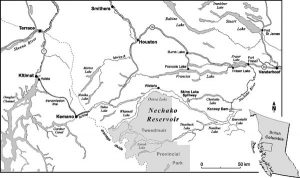 The B.C. appeal court also held that tort claims based on harm to asserted Aboriginal rights and title should not be struck out as disclosing no reasonable cause of action. Aboriginal people should not be treated “disadvantageously” compared to any other litigant asserting claims for nuisance and breach of riparian rights. “Setting a separate standard for Aboriginal people before they can sue other parties in order to enforce their rights is not only lacking in principle but could also be argued to be inconsistent with the principle of equality under the Charter of Rights and Freedoms,” noted Justice Tysoe.

In a similar vein, Quebec Superior Court held in a ruling upheld by the provincial appeal court that the identification of Aboriginal rights between the Crown and First Nations should not preclude a First Nations from having access to their day in court if it has a chance of success.

“While it may not have been totally clear than any First Nation like any citizen can go against anybody they want in court proceedings because the whole purpose of special recognition of constitutional rights was based on an effort to reconcile Aboriginal societies with the greater Canadian society, the Supreme Court provided a clear confirmation that First Nations can sue anybody if they think their rights have been violated,” said James O’Reilly, Ad.E., a Montreal aboriginal law expert who defended the Quebec Innus.

But while both McDade and O’Reilly believe that the rulings provide First Nations with a “new tool to use” to seek relief from private parties, neither believe it will open the floodgates to new actions. “You still have to go to trial and prove your rights and title, and that’s a significant burden so it’s not every First Nation that is going to jump to this solution right off the bat,” said McDade. Nor can most First Nations afford this kind of extremely expensive litigation, pointed out Schulze, who believes that business will likely assess the risk and cut deals. “Business wants to do business,” remarked Schulze. ”It’s really quite possible that what will happen is that you’ll see more deals that address past damages and not just the future consequences of a project.”

The rulings may also spur business to add the Crown as a party in these claims, suggested Gray. Private parties are not likely going to be able to defend any claims of Aboriginal title or lack of consultation “so necessarily you would need the government,” said Gray. She also believes that it would be in the best interests of First Nations to have the Crown involved to make sure that any decisions on Aboriginal title will be binding in the future and will stand, and “not be read as a kind of decision made in this narrow context of this private action,” added Gray.

The rulings also open the possibility of business chasing governments for damages. If First Nations are successful suing private parties, the private parties in turn could then argue that “we thought we were acting legally but it turns out we weren’t and that’s your fault and you should compensate us for that,” said Gray. “Aboriginal law is now starting to open into a new private law area.”