A former Crown prosecutor who filed a reprisal complaint against the Public Prosecution Service of Canada before the federal Office of the Public Sector Integrity Commissioner partially won his case before the Federal Court of Canada.

In a ruling that brings clarity to the role of the whistleblowing commissioner, the Federal Court held that the Integrity Commissioner does not have the charge to decide people’s credibility nor should he address thorny legal questions. Instead the commissioner’s role lies with determining on an objective basis whether reprisal complaints should be forwarded to the Public Servants Disclosure Protection Tribunal, added the decision in Agnaou c. Procureur générale du Canada 2017 CF 338. 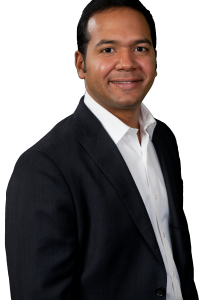 According to Yacine Agnaou, the former Crown prosecutor who has been battling the Office of the Public Sector Integrity Commissioner for years, the FCA decision will bring comfort to whistleblowers. “What stands out from this judgment is that contrary to the impression that the commissioner may have, he is not a trier of facts,” said Agnaou. “This decision sheds new light on the role of the commissioner.”

Agnaou, now a lawyer with the boutique law firm Groupe Dupuis Paquin, contends that he was the subject of a reprisal when he was passed up for a job as legal counsel by the Public Prosecution Service of Canada (PPSC) because he blew the whistle on them.

Agnaou alleges that when he worked as a federal Crown prosecutor in the economic crime team, he was thwarted by his supervisors at the Quebec regional office from prosecuting a Canadian subsidiary of a multinational company. He believes he had a strong case to file charges under s.238 of the Income Tax Act against the Canadian company for failing to provide information to the Canada Revenue Agency. He maintains to this day that the facts submitted in support of his recommendation to prosecute were more than enough to satisfy anyone that there was a reasonable likelihood of conviction. He also asserts that it was in the public interest to prosecute.

His supervisors disagreed. Agnaou then brought up the matter before head of the PPSC, alleging that the file was mismanaged and that managers at both the Quebec regional office and the national headquarters failed to comply with internal policy. That got him nowhere, except more trouble at work.

Agnaou asserts he was subjected to harassment and reprisals, and says he was forced to take a medical exam by management allegedly under the guise that they had to take prescribed steps to prevent and protect against violence in the workplace as per the Canada Labour Code. On May 2009 Agnaou filed three grievances and four harassment complaints, which were settled a month later after an agreement was reached. Under the agreement Agnaou agreed to no longer work as a Crown prosecutor. In July 2009 however he was placed in a pool of candidates, and as of November 2010, he had a priority entitlement to a position as legal counsel.

On October 2011, Agnaou decided to disclose the alleged wrongdoing to the Office of the Public Sector Integrity Commissioner, an independent organization created in 2007 under the Public Servants Disclosure Protection Act (Act) to establish a safe and confidential way for public servants to disclose wrongdoing in federal organizations.

Agnaou also filed nearly 18 months later on January 2013 a reprisal complaint with the Integrity Commissioner, the subject of the ruling by Justice Martineau. Agnaou maintains that his supervisors reclassified two advertised positions that had to be staffed from the same candidate pool he was in because they did not want to obtain the job. Agnaou insists that he had a priority entitlement to the position of legal counsel.

This is where it gets complicated.

On February 2013, Joe Friday, now the Integrity Commissioner, but at the time deputy commissioner, decided not to hear the complaint because he deemed it to be beyond the Office’s jurisdiction, even though as Justice Martineau points out that job reclassifications can be considered to be a reprisal measure. Agnaou appealed Friday’s decision and the matter went all the way to the Federal Court of Appeal (FCA). The FCA held that at the admissibility stage, the Commissioner “must not summarily dismiss a reprisal complaint unless it is plain and obvious” that it cannot be dealt with for one of the reasons described in subsection 19.1(3) of the Act. The FCA concluded that the Commissioner’s decision to dismiss the complaint was unreasonable and referred it back to the commissioner.

At the same time, Agnaou also filed an information request to obtain a complete copy of his case. That’s when he discovered that the Office’s investigator unbeknownst to him interviewed two other individuals from the Public Prosecution Service of Canada. These two individuals maintained that Agnaou’s priority entitlement to the position that he sought was not in jeopardy because of the agreement he struck with the PPCP. These encounters and their testimony were not included in the investigator’s report.

“Without getting into details, it has become clear that certain aspects of the decision and the investigation are problematic,” remarked Justice Martineau.

On January 2017, Integrity Commissioner did a face about and informed the Federal Court that it was in the public interest to revoke his decision and asked the Court to uphold the complaint. That prompted Justice Martineau to wonder whether “by rejecting the reprisal complaint, the commissioner became functus officio and whether he could on his own rescind” his original decision.

Justice Martineau concluded by referring the case back to the Commissioner. Joe Friday will have to refer the matter to the Public Servants Disclosure Protection Tribunal for a determination as to whether or not a reprisal was taken against Agnaou. If the Tribunal decides a reprisal did take place, then it will have to decide whether to order a remedy in favour of Agnaou. Justice Matineau also held that the Commissioner will have to decide if he will refer the matter to the Tribunal to determine whether disciplinary actions should be taken against the persons behind the reprisals.

Established in 2007, the Tribunal is a quasi-judicial body that operates independently from any Canadian federal department. It is composed of judges of the Federal Court or a superior court of a province.

A spokesperson at the Office said that no appeal has been lodged by the Attorney General. “The Commissioner is waiting for the expiry of the appeal to refer to the Tribunal,” said the spokesperson.