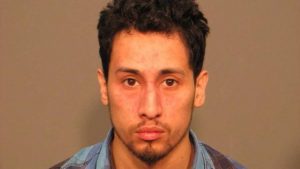 A former Canadian Armed Forces soldier found guilty of constructive first-degree murder who argued that the verdict was unreasonable and that the trial judge erred by dismissing his motion for a directed verdict of acquittal lost his case before the Quebec Court of Appeal.

The decision reaffirms the growing body of jurisprudence over constructive first-degree murder and illustrates that a person accused of first-degree murder has nothing to lose when appealing even though arguments are clearly destined to fail, according to a criminal lawyer.

“The clear, well-written decision reiterates the principles dealing with constructive first-degree murder and deals with them with assurance,” noted Julien Grégoire, a Quebec City criminal lawyer with Gagnon & Associés, avocats. “This case however illustrates once again that an individual accused and ultimately convicted of first-degree murder has nothing to legally lose by going to trial and then appealing the verdict even if the arguments are weak or are clearly doomed to fail.”

Jean-Philippe Tremblay was convicted on June 2017 of the brutal and violent slaying of 47-year old makeup artist Pina Rizzi by a jury after two full days of deliberation. Her body was found burned and wrapped in a carpet in a shed behind an auto repair shop in August 2009. The case remained unsolved for years but in 2013 Tremblay was arrested and charged with first-degree murder.

During a lengthy videotaped police interrogation following his arrest, Tremblay admitted striking Rizzi after she supposedly mocked him for being unable to get an erection while they tried to have sex in the shed. A security camera captured the moment Rizzi and Tremblay entered the shed. Minutes later, Rizzi is seen leaving the shed and Tremblay follows her. She was then struck violently, was rendered unconscious, and then dragged inside the shed. Footage revealed that he left the shed more than four hours later. Her body was found naked from her torso to her feet, and traces of Tremblay’s DNA were found on her right breast. He admitted to killing her.

Tremblay appealed the verdict of constructive first-degree murder, asserting that the trial judge erred in dismissing his motion for a directed verdict of acquittal as there was no evidence of the offences underlying the charge. He also argued that the trial judge erred in instructing the jury that unanimity was required on the underlying offence, and that the verdict was unreasonable.

The Quebec Court of Appeal unanimously dismissed the appeal. Relying on the Supreme Court of Canada decision in R. v. Harbottle, [1993] 3 SCR 306, the appeal court noted that constructive first degree murder requires evidence that the death was caused by the accused while committing or attempting to commit serious violent offences such as sexual assault and unlawful confinement as set out in section 231 (5) of the Criminal Code, all of which involve the unlawful “domination” of people by others. The underlying offence, adds the appeal court, must be a distinct act from the murder itself, and there must be a close temporal connection between it and the murder. Or as the SCC put it in R. v. Paré, [1987] 2 SCR 618, “it is the continuing illegal domination of the victim which gives continuity to the sequence of events culminating in the murder.”

“The circumstances must be such that the entire course of conduct constitutes a continuous event,” noted Quebec appeal court Justice Guy Gagnon in a 22-page ruling in Tremblay c. R., 2019 QCCA 1749. “The temporal and causal connection among all the circumstances is established if the sequence of events reveals unlawful domination by the aggressor, culminating in the victim’s murder.”

The decision by the trial judge to dismiss Tremblay’s motion for a directed verdict, a defence motion requesting the dismissal of the case on the basis that the essential elements of the offence were not made out, was well founded. Tremblay’s videotaped statement and the physical evidence established that he had forcibly confined the victim, said the appeal court. The jury could reasonably conclude the existence of two separate offences, both of which were part of the same “transaction.”

The same holds true for the sexual assault. As with forcible confinement, in a constructive first-degree case sexual assault must be an act of domination that is separate from the murder but be part of the same “transaction.” In this case circumstantial evidence presented to the jury “was sufficient to constitute proof” beyond a reasonable doubt of Tremblay’s guilt of this crime of domination. “It was the only reasonable inference for the jury to draw from the uncontested facts entered in evidence,” said Justice Gagnon.

The appeal court also dismissed Tremblay’s contention that the trial judge erred in instructing the jury that unanimity was not required on the underlying offence. That is moot and “purely theoretical” in the case at hand as Tremblay himself admitted to the forcible confinement during the interrogation, said the appeal court. Besides, Tremblay’s arguments run against case law and well-established doctrine, added Justice Gagnon.

But according to Maude Pagé-Arpin, a criminal lawyer with Latour Dorval Avocats who represented Tremblay, it is “regrettable” that the appeal court did not further explore whether the trial judge erred by not requesting unanimity of the underlying offences. “It is a good question of law that must be settled,” said Pagé-Arpin. “This places us in a situation where the question will be continued to be asked in other murder cases.” It is also an issue that she intends to raise before the appeal court again in the case of Maxime Labrecque who was recently found guilty of first-degree murder of his ex-girlfriend.

But Grégoire doesn’t buy it. He says the question has already been settled thanks to case law and doctrine. Besides, it would not helped in this case as the evidence over the underlying forcible confinement offence, as the appeal court pointed out, was overwhelming, added Grégoire.