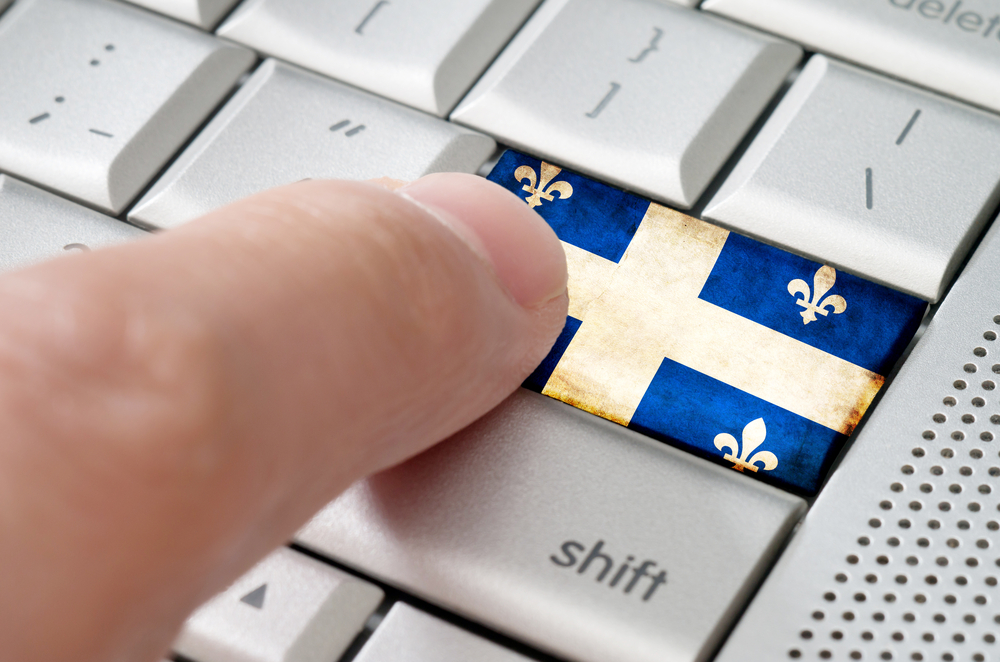 In a ruling hailed as significant by constitutional law experts, the appeal court underlined that jurisprudence held that the alleged violations of freedom of expression and the right to equality were justified under the Canadian Charter of Rights and Freedoms and the Quebec Charter of human rights and freedoms.

“The ruling is important because if the evidence demonstrated that the French language situation had fundamentally changed in Quebec, then the courts would have been justified to shelve the conclusions reached by the Supreme Court of Canada in its two landmark rulings in Ford and Devine,” said David Robitaille, a law professor who teaches constitutional law and human rights at the University of Ottawa. “But the burden of proof is very high.”

Eleven Anglophone businesses operating in the Montreal area, all of whom were charged under the Charter of the French language (C.F.L.), argued that the French language in Quebec is no longer in jeopardy, and therefore certain sections of the language charter infringed upon their fundamental rights and freedoms as guaranteed by both the Canadian Charter and the Quebec Charter. More specifically, they alleged violation of their freedom of expression and their right to equality and liberty. In other words, the merchants essentially sought to depart from the precedents established by the SCC in Ford v. Quebec (Attorney General) [1988] 2 S.C.R. 712 and its companion ruling in Devine v. Quebec (Attorney General) [1988] 2 S.C.R. 790. In these two decisions, the nation’s highest court struck down the sign law, which at the time required that all public signs be in French only, as a violation of freedom of expression. But the SCC declared in obiter dictum that “requiring the predominant display of the French language” would be justified under s.1 of the Canadian Charter and s. 10 of the Quebec Charter. The Court then proposed two constitutionally valid alternatives — one in which French could be required in addition to any other language, and the other in which French could be required to have greater visibility than accorded to other languages.

The trial judge, Court of Quebec Judge Salvatore Mascia, held that while the “visual landscape” in Quebec since the SCC’s decision in Ford and Devine was now predominantly French, that is because of the language charter. Judge Mascia noted that there would be an “obvious incongruity in using the success of the sign provisions in the C.F.L. as fodder for its dismantling. The C.F.L. cannot become a victim of its own success.” He concluded that the language situation had not changed much since the 1988 SCC rulings, and therefore he could not review the conclusions of the SCC in Ford and Devine. All but one of the 23 businesses were found guilty of violating the language charter. Quebec Superior Court Justice Claudine Roy, now a Quebec appeal court justice, upheld the decision as did the Quebec appeal court.

“The limitations on the language of commerce and business contained in the C.F.L. consist in prohibitions of a public nature which in the opinion of the legislature better the common good,” concluded appeal court justice Mark Schrager in 156158 Canada inc. c. Attorney General of Québec 2017 QCCA 2055. Chief Justice Nicole Duval Hesler and Justice Geneviève Marcotte concurred.

The appeal court also found that unilingual English websites are too subject to the French language charter. Justice Schrager found there were no differences between a commercial brochure printed on paper and one in electronic form. “If the publications on a website aim to conduct or promote business in the territory of Quebec, then they are part of the ‘visage linguistique’ of Quebec” and thus subject to the French language charter.

But the appeal court also appears to have “opened a door” to new legal challenges to the signage law under s. 15 of the Canadian Charter and s. 10 of the Quebec Charter, added Robitaille. The merchants argued that the joint use of French restricts Anglophones’ right to express themselves on the same basis as Francophones. This requirement in turn imposes economic and psychological burdens, they added. But Justice Schrager found that the legislation does not prevent the merchants from advertising “with their desired form and content.” It merely requires them to add a concurrent or “markedly predominant” French version if they want to advertise in English. Moreover the merchants did not provide any evidence of an additional economic burden stemming from this requirement. However, Justice Schrager noted that a “disadvantage” could “potentially arise” in the form of an additional economic burden placed on an Anglophone business required to advertise in two languages rather than one.

“If the business is thus obliged to incur additional expense for translation, website construction or printing, there might be in some cases, additional burden created,” said Justice Schrager. “Such burden might constitute discrimination for a small enterprise where the total revenue is such as to make the additional costs disproportionate and overly burdensome.”

While the appeal court seems to recognize that the French language charter potentially creates an additional economic burden for small business, Robitaille believes that the appeal court would quickly shut down that fissure in the French language charter. “In my opinion the court would come to the conclusion that the violations of freedom of expression and the right to equality would be justified,” said Robitaille.

According to constitutional law professor Patrick Taillon of the Université Laval, the ruling reveals the fragility behind the SCC’s landmark rulings in Ford and Devine. “I am pleased that the Quebec appeal court did not review the criteria established by the SCC in Ford and Devine,” said Taillon. “But one of the worries I have is that measures that are considered to be reasonable today will no longer necessarily be the case in the future, and that it will no longer be considered to be justified because of a change in context, an evolution in society, or because of technological changes.”