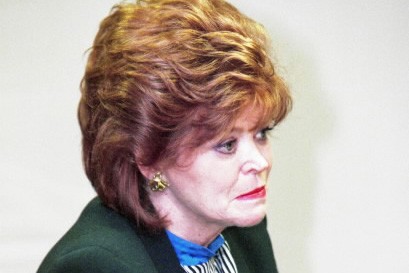 In a decisive setback for Quebec’s law society, a renown Montreal divorce lawyer who was originally disbarred for seven years for professional misconduct was immediately reinstated after a ruling by the Quebec Court of Appeal reaffirmed the appellate powers of an administrative tribunal and clarified the role of the Barreau du Québec’s review committee.

In a unanimous ruling the appeal court castigated the law society’s review committee for exceeding its mandate and taking on the role of a disciplinary committee while failing to take into account evidence that demonstrated that Micheline Parizeau had the aptitude and qualities to be reinstated into the profession.

“The Court of Appeal has put the review committee on guard,” noted Alan Stein of Montreal-based law firm Stein & Stein Inc., who teamed up with Montreal litigator James Woods to represent Parizeau. “I hope now that it realizes its powers are restricted and that they cannot act as a disciplinary committee.”

Parizeau, a controversial divorce lawyer who made a name for herself by representing the city’s moneyed elite, was suspended for seven years and fined $5,6000 after the Barreau’s disciplinary committee found her guilty in 2000 of six professional breaches, including fabricating evidence, incitement to perjury, and filing of useless documents to the court. Parizeau fought back, and the Professions Tribunal reduced her suspension to five years. The Professions Tribunal, composed of 11 judges of the Court of Québec, hears appeals from decisions made by the disciplinary committees of Quebec’s 45 professional orders.

In 2005, Parizeau applied for readmission but was turned down two years later by the Barreau’s review committee in spite of favourable evidence provided by Quebec Court of Appeal Justice Allan Hilton and complimentary testimony provided by former Quebec Superior Court Justice Louis Tannenbaum (now with the Federal Court of Canada) who supervised a refresher course ordered by the Barreau. The review committee, which was presided by three former batonniers, were far from convinced that Parizeau was remorseful and that she had learned “the necessary lessons from her disciplinary misadventures and disbarment.”

“It’s a very important ruling because it reaffirms the role that the Professions Tribunal plays,” said Stein. “It is a true court of appeal, and it has all the powers of a court of appeal.”

While a review committee can take into account events that took place before a disbarment, or even incidents between the disbarment and the application or hearing for reinscription, that would allow it to review an applicant’s moral character, conduct or professional qualities, it cannot assess a person exclusively based on its past conduct. Nor can the review committee deliberate over alleged ethical breaches that were not the subject of disciplinary complaints, which is what the review committee did in Parizeau’s case.

The ruling in effect shrinks the leeway review committees may have had in the past, said Sylvain Généreux, an expert in professional and disciplinary law with Jolicoeur Lacasse in Montreal. “If they had a tendency to go into the past and introduce elements that never were the object of a complaint, they will not be able to do so as they had in the Parizeau case. That is clear,” said Généreux.

Stein concurs. “The Court of Appeal said that the review committee went too far in reviewing her files and questioning her on files she may have been criticized in judgments or in cases when she may have been criticized by a judge,” said Stein. “These cases never became the object of any complaint taken by the Bar. It was not relevant to look into these cases when she applied for reinstatement.

“The review committee is not a disciplinary committee. They don’t have a free hand in terms of going back to the entire history of a lawyer, and reviewing all of that lawyer’s files. That’s why it is such an important case.”