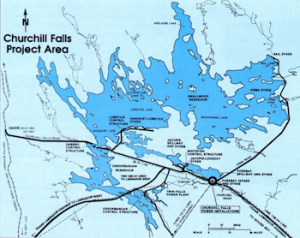 Newfoundland and Labrador suffered back-to-back legal setbacks in its long-running energy feud with Hydro-Québec after Quebec courts held that the provincially-owned utility was under no obligation to renegotiate a controversial 1969 agreement and that it was entitled to purchase all but a fraction of the power generated by Churchill Falls power plant.

In an eagerly-awaited decision by a panel of five judges that examined the scope of the duties of good faith and fairness in contracts under the Civil Code of Québec, the Quebec Court of Appeal recently rebuffed a suit launched by the Churchill Falls (Labrador) Corporation Limited, known as CF(L)Co., that sought to reopen the terms of the 1969 agreement to remedy its “inequities.” Under the deal, CF(L)Co agreed to supply and Hydro-Québec agreed to purchase almost all of the power generated by the central Labrador facility for an initial term of 44 years. On September 1st, the agreement will be automatically renewed for an additional term 25 years until 2041. The 65-year contract, which by mutual consent did not include a price adjustment clause, allows Hydro-Québec to buy electricity at flat rates established decades ago, and resell at higher rates.

A week later, the Atlantic province lost another legal skirmish after Quebec Superior Court held that in spite of changes to the language in the renewal contract Hydro-Québec has the right to virtually all of the power produced from the generating station and can control when that power is delivered.

But according to Marie Annick Grégoire, a law professor at the Université de Montréal, the appeal court decision will have far wider implications than the lower court ruling as the decision opens the door to the doctrine of unforeseeability, a concept that up until now was widely believed to be incompatible with the binding nature of contracts under Quebec law. Recognized as a function of good faith in countries like Germany, Switzerland and most recently in France when it will come into force this October, the doctrine of unforeseeability empowers a judge to revise or terminate a contract whenever an unforeseen event or change of circumstances renders the performance of the contract excessively onerous for a party or gives rise to drastic financial consequences such as bankruptcy.

“The appeal court recognizes for the first time that good faith can be permitted to manage situations that other countries refer to as unforeseeability – and that is a major change in Quebec law,” said Grégoire, an expert in the doctrine of good faith who was cited extensively in the ruling. “It opens a new recourse that many believed did not exist before in Quebec.”

But, warns Grégoire, the threshold for the application of the doctrine of unforeseeability is very high. It is a doctrine that is rarely applied as it requires “exceptional circumstances” that lead to “dramatic” consequences for one of the parties. “It’s not as if there is going to be a rush towards the courts tomorrow to plead this doctrine,” said Grégoire. “It will be something that lawyers will keep in mind if something very serious happens.” 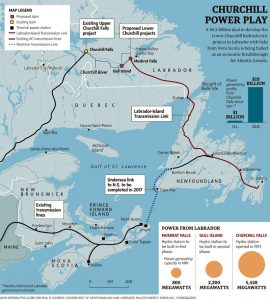 CF(L)Co argued that the terms of the pricing terms of the contract were unfair as it could not be reasonably foreseen at the time the agreement was reached that the energy market was going to be transformed by the oil shocks of the 1970s. Nalcor Energy, the Crown corporation that oversees hydroelectricity in Newfoundland and Labrador, estimates Hydro-Quebec has reaped $24.5 billion from Churchill Falls compared to $1.5 billion for the Atlantic province. CF(L)Co contended that at the time the contract was signed, the parties intended to equitably share the risks and benefits. It maintained that the long term contract conferred benefits to both parties and reflected therefore a certain interdependence. It also asserted that the “disproportionate division of profit” is incompatible with the interdependent relationship of the parties and “divorced” from the original risk and benefit that was agreed to in the contract. Under these circumstances, CF(L)Co added that Hydro-Québec’s obligation to act in good faith, to cooperate and to exercise its contractual rights required the pricing terms of the contract to be renegotiated.

Hydro-Québec countered that its duty to act in good faith cannot be transformed into an underlying obligation to share the benefits stemming from a contract that was freely negotiated and agreed to. Moreover, it had assumed all the costs and risks that came with the project when the deal was signed.

The appeal court dismissed CF(L)Co’s arguments, holding that it was attempting to “redefine the initial equilibrium” agreed to by the parties. “The uncontradicted evidence establishes that they knew that the price of hydroelectric power was subject to fluctuation but they voluntarily agreed to fix the price,” said the appeal court in a 56-page ruling in Churchill Falls (Labrador) Corporation Limited v. Hydro-Québec 2016 QCCA 1229.

Montreal civil and commercial litigator David Stolow said it would have been surprising if the appeal court had found in favour of CF(L)Co because based on the facts of the case and on the principle of good faith “as it is understood and applied in Quebec” the duty of good faith does not extend to the “point of effectively requiring” a contracting party to renegotiate the “clear terms” of a contract. “There is some language in the judgment that says that the courts can look at certain conduct under the guise of good faith but I don’t think that there is anything in this judgment that lends support to the position that the theory of unforeseeability somehow should be considered under Quebec law,” said Stolow of Kugler Kandestin LLP.

In a similar vein Montreal lawyers Nikolas Blanchette and Marcelo Ciecha of Fasken Martineau DuMoulin LLP wrote in a legal bulletin that the appeal court confirmed that the doctrine of unforeseeability is inapplicable in Quebec law. They point out that the appeal court held that the duty to act in good faith or the principle of fairness in civil law cannot compel a party to renegotiate a clause that had been “duly negotiated” by the parties. They also draw attention to the appeal court’s finding that the duty to act in good faith does not oblige a party to put the interests of the other contracting party first. However they also highlight the appeal court’s finding that a court has the “ability” to sanction a party when it profits from a situation to take undue advantage. “This objective facet of good faith therefore closely resembles” the doctrine of unforeseeability “without being identical,” they said.

The appeal court also alludes to the notion of hardship, as defined by the Unidroit Principles of International Commercial Contracts, to establish an “interesting parallel” with the unreasonable exercise of a right, added Blanchette and Ciecha. Hardship takes place when there are events that “fundamentally alter the equilibrium” of a contract either because the “cost of a party’s performance” has increased or because the “value of the performance a party” receives has diminished to such an extent that it puts a party’s financial health and survival in jeopardy. In such situations the disadvantaged party is entitled to request renegotiations or even the intervention of the courts under the Unidroit Principles. Hardship may prove to be an interesting concept for “case law to follow” in civil jurisdictions such as Quebec, said the appeal court. But it added that CF(L)Co did not suffer hardship as it continues to profit from the contract, is viable, prosperous and will in the end have full control over a “very valuable” power plant.

“One of the main takeaways from the case is that the duty of good faith in and of itself is not a principle that can be relied on to effectively ask the courts to rewrite the party’s contractual bargain,” said Stolow. “In some ways it serves as a reminder to parties that there are mechanisms available to contracting parties to put certain things in the contract to deal with potential unforeseen consequences.”