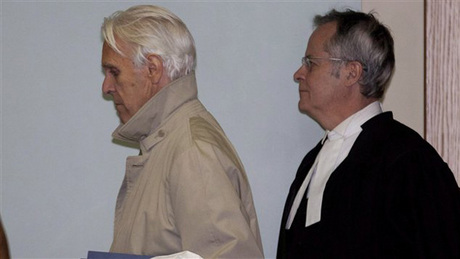 Retired judge Jacques Delisle, hoping to become the second person in Quebec in thirty years to be released pending an appeal, will have to remain in jail after Quebec Court of Appeal Justice Richard Wagner ruled that releasing him could undermine the public’s faith in the justice system.

Delisle, believed to be the first Canadian judge to ever stand trial for murder, was found guilty last month of first-degree murder in the death of his invalid wife by an eight-man, four-woman jury after three days of deliberations. The 77-year-old retired judge, who automatically received a sentence of life in prison, with no possibility of parole for 25 years, plead before the Quebec Court of Appeal that he should be released pending an appeal because he was having a tough time in prison due to his advanced age and the position he held in society.

Under s.679 (3) of the Criminal Code an appellant may be released pending the determination of his appeal if the appellant establishes that the appeal or application for leave to appeal is not frivolous, if he would surrender himself into custody in accordance with the terms of the order, and if his detention was not necessary in the public interest.

In a 13-page ruling, Justice Wagner found that Delisle’s application for leave to appeal was not frivolous nor did he pose a flight danger. But Judge Wagner found that a public, knowledgeable about the justice system and the circumstances surrounding the case, would risk losing confidence in the criminal and penal system if “I acquiesced to the demand made by the appellant.”

“The appellant was found guilty by 12 persons, impartial and independent, of committing one of the most serious crimes sanctioned by the Criminal Code,” wrote Justice Wagner, who was appointed to the Quebec Court of Appeal bench two years after Delisle retired. ”It consisted of a premeditated murder with obvious violence on a vulnerable person. The appellant must establish very serious grounds for appeal to justify, in light of the circumstances surrounding this case, his release. This demonstration was not made.”