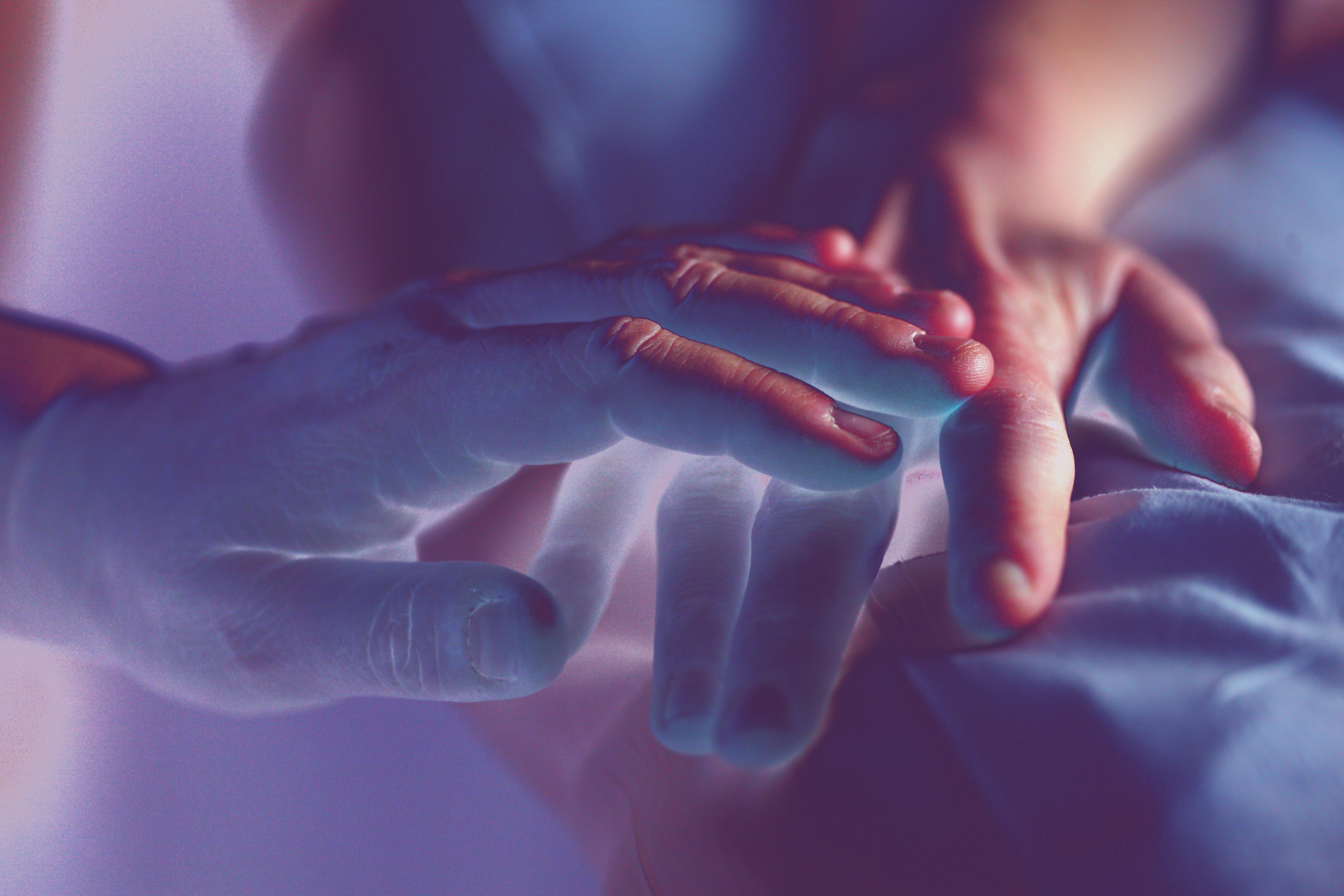 In a ruling hailed as an “elegant demonstration of sense and sensibility,” Quebec Superior Court Justice Christine Baudouin struck down the end of life requirement under section 26 of Quebec’s End-of-Life Care Act and the reasonable foreseeability of natural death requirement under the Criminal Code, holding that it breached section 15 of the Canadian Charter of Rights and Freedoms, prerequisites that prevented some people from accessing the end-of-life procedure. The federal law also contravened section 7 of the Charter.

Both the federal and provincial government announced they will not  appeal the ruling.

The ruling, which suspends application of the judgment for six months to allow legislators an opportunity to amend the laws, will likely be used as a springboard to extend the criteria to encompass groups who currently are prohibited from requesting medical aid in dying, said David Roberge, a Montreal lawyer with McCarthy Tétrault LLP.

There is growing debate over allowing people under the age of 18 (so-called mature minors) and people with a severe and debilitating mental disorder as their sole underlying medical condition to gain access to medically assisted dying. Also under consideration is allowing people to issue advance directives.

“All those issues which are currently not covered by federal and provincial legislation will probably be influenced by this judgment as it refines what the Carter decision is about,” observed Roberge, who has been involved in a number of blue-ribbon panels, including the Barreau du Quebec and the Canadian Bar Association, that have examined thorny issues related to medical assistance in dying. “What lies ahead, I don’t know. But the story remains to be told on how different groups might use the Baudouin judgment to advance their points of view.”

The constitutional challenge was launched by Jean Truchon and Nicole Gladu, two Quebecers suffering from incurable degenerative illnesses who were ineligible under current federal and provincial legislation to accede to medically assisted dying because they were not terminally ill.

Truchon, 51, has spastic cerebral palsy that left him paralyzed, with the exception of his left arm. Nevertheless he was active, attending university, playing wheelchair ball hockey and living alone in residence until 2012 when his left arm too became paralyzed. He is in constant pain, and now lives in an institution because he can no longer live on his own. He has considered suicide numerous times but did not want to traumatize bystanders. “He says he has been dead since 2012,” noted Justice Baudouin in Truchon c. Procureur général du Canada, 2019 QCCS 3792.

Gladu, 73, contracted polio when she was four, which left her with partial paralysis and scoliosis. The health of the former journalist, press secretary for the United Nations and communications director for the Quebec delegation in New York took a turn for the worse in 1992 when she was diagnosed with post-polio degenerative syndrome. Gladu, who also has pulmonary disease, with a prognosis of two-to-three years, is in constant pain.

Heeding guidance from the Supreme Court of Canada’s seminal decision, Carter v. Canada (Attorney General), [2015] 1 SCR 331, that struck down Criminal Code provisions forbidding assisted dying, finding it was a contravention of s. 7 of the Charter, Justice Baudouin held that the nation’s highest court did not impose a temporal restriction or that suffering patients would have to be near-death in order to qualify for medically-assisted death.

“In the Court’s opinion, the basis of the Carter decision was not the proximity of death nor the temporal link with expected natural death but rather the respect for the wishes of the person, the preservation of their dignity, and mainly relief from unbearable suffering associated with a serious and incurable illness,” said Justice Baudouin in her 177-page ruling. “It is therefore about allowing a person to end their suffering and avoid, if they wish, to continue to live in agony, when afflicted by a serious and incurable illness and they have no hope of an improvement in their condition.”

That is the crux of the ruling, said Jean-Pierre Ménard, Ad.E., a Montreal health lawyer who successfully plead the case. “Suffering forms the basis of Carter,” said Ménard who, like Roberge, also took part on a series of committees that examined medically assisted dying. “Carter is a decision that seeks to respond to the needs of alleviating suffering when suffering is extreme, and not whether death is imminent.”

But Montreal lawyer and nurse Danielle Chalifoux wonders about that take on Carter, and by extension the interpretation that Justice Baudouin gave in her extensive reasons. The “impetus” for the Carter case, points out the SCC in its decision, arose in 2009 when Gloria Taylor was diagnosed with a fatal neurodegenerative disease, amyotrophic lateral sclerosis (or ALS), which causes progressive muscle weakness. Taylor did “not want to die slowly, piece by piece” or “wracked with pain,” and challenged the constitutionality of the Criminal Code provisions that prohibited assistance in dying. In Carter, the SCC said that “we conclude that the prohibition on physician-assisted dying infringes the right to life, liberty and security of Ms. Taylor and of persons in her position.” Chalifoux believes that Justice Baudouin did not explore enough the implications of what the SCC mean by “persons in her position.”

“The crux of the matter is that this notion of end of life is not defined and not explained so it leaves the door to any kind of interpretation,” said Chalifoux, who was part of the Quebec’s Bar committee that extensively studied the issue of medical aid in dying. “That is an issue that an appellate court and the SCC should examine to make clear what was meant by ‘persons in her position.’”

Besides holding that medically-assisted death should be available at any time, Justice Baudouin also held that the contested provisions creates a distinction based on physical impairment. “In effect, because of their physical condition, the applicants cannot obtain medical aid in dying despite the fact that they otherwise meet all the requirements of the law, and are deprived of the possibility of dying under conditions that would be available if they were at the end of their life,” said Justice Baudouin.

In other words, explained Roberge, Justice Baudouin held that the “reasonably foreseeable” death clause of both the federal and Quebec laws on medical assisted dying discriminated against disabled individuals who are not vulnerable even though both federal and provincial legislators “might have adopted those criteria” to protect vulnerable people. “As a matter of fact, the effect is to deprive people like the plaintiffs who are very capable of consenting and deciding the fate of their lives and end of life, and in this manner, it is discriminatory towards them,” said Roberge.

In fact, Roberge pointed out that Justice Baudouin described the legislator’s connection between the reasonable foreseeable natural death requirement and the vulnerability of people with disabilities as “paternalistic.” “Because of their disabilities, the state considers implausible that these people can give a valid consent to medical aid to dying, autonomy being necessarily compromised by their vulnerability,” noted Justice Baudouin.

But in the meantime, another constitutional challenge to Canada’s medical assistance in dying legislation that was winding its way through the courts was dropped after the federal government’s own expert confirmed that Julia Lamb qualified for an assisted death. Lamb, a 28-year old British Columbia woman afflicted with spinal muscular atrophy, sought to invalidate the “reasonable foreseeable” clause. But she had been granted an adjournment in the case after a government expert stated that the government’s law allows doctors flexibility to interpret the law to provide medically assisted dying to people whose illnesses are not terminal, not near the end of life and who are not dying.