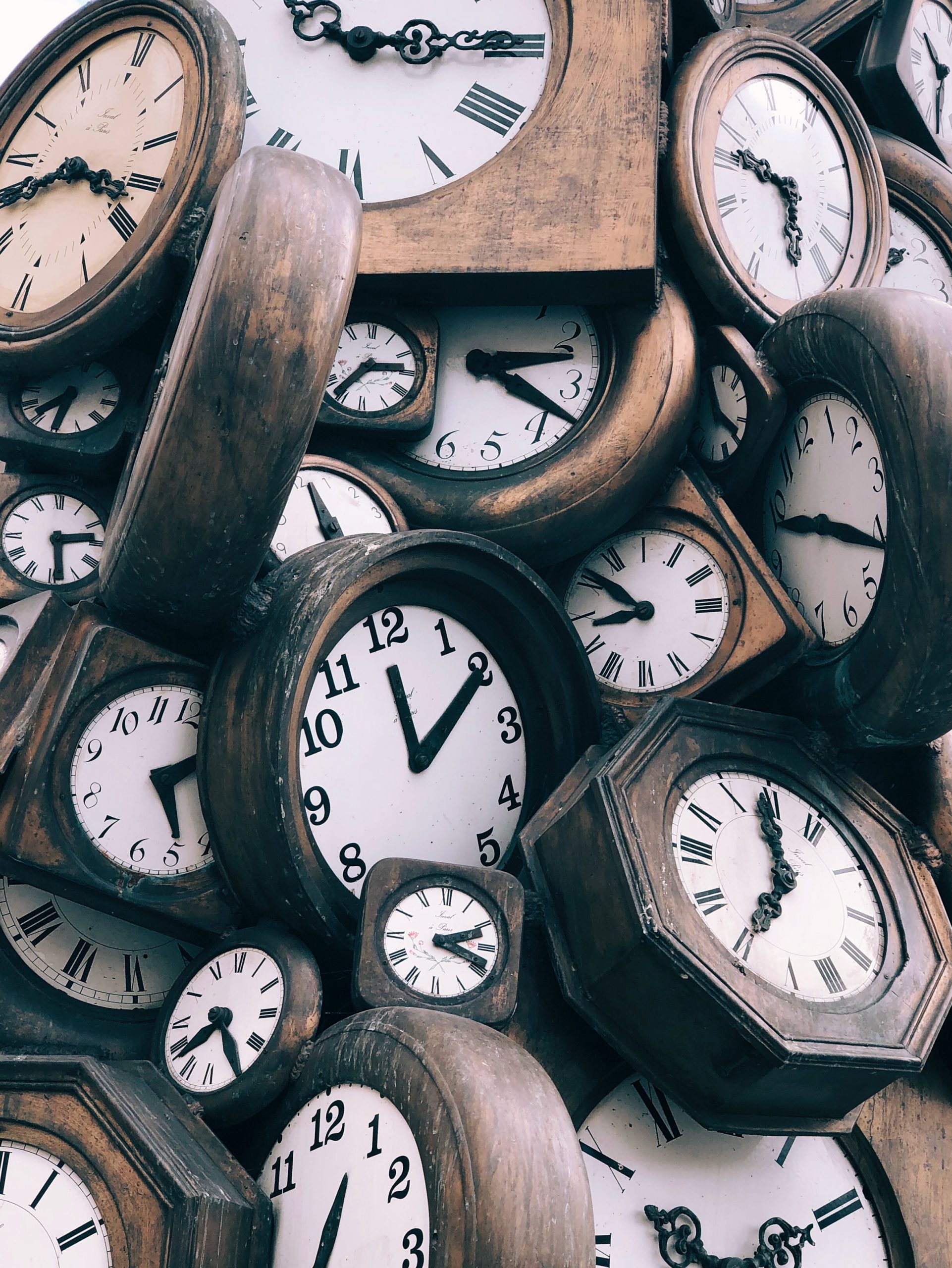 A province-wide four-week curfew instituted by the Quebec government to stem COVID-19 infection rates and to serve as an “electroshock therapy” to deter people who have been flouting public health measures was launched without providing any grounds based on evidence that justifies the breaches of the Canadian and Quebec Charter, according to legal experts.

The mandatory overnight curfew from 20:00 to 5:00, the first in Canada since the beginning of the COVID-19 crisis, is part of an expansion of lockdown measures, including extending the closure of non-essential businesses, that will last until February 8th. Police officers will have the power to intercept individuals found outside during curfew hours and to issue fines ranging from $1,000 to $6,000 to those who cannot show a valid reason for breaking curfew. There are exceptions for essential workers, people with medical reasons and those walking their dogs. Employers should complete letters of “safe passage” to employees who are required to work or travel to work during curfew hours, according to the provincial government.

But while civil libertarians acknowledge that exceptional measures are required during exceptional circumstances, there are concerns over the broad discretionary powers handed to police to enforce the curfew and unease over the provincial government’s intentional decision to side-step its obligation to justify Charter breaches, one that may be emulated by other provinces.

“The legacy in the long run will be that during good times, under normal circumstances, governments respect fundamental rights but when the going gets rough, individual rights and the Charters can be ignored,” noted Stéphane Beaulac, counsel with Dentons and a law professor at the Université de Montréal, with an expertise in constitutional law. “It curbs the progress made since the second World War which values the legal protection of individual rights.”

There is little argument that the provincial government can under Article 123 (8) of the Quebec Public Health Act order any measures necessary to protect the health of the population, such as imposing as curfews or even ordering compulsory vaccinations, said Denis Gallant, a Montreal criminal lawyer with Roy Bélanger Avocats LLP. “I strongly doubt that the courts would come to the conclusion that a decree issued by virtue of the Public Health Act would be deemed to be unconstitutional,” said Gallant, Ad. E., Montreal’s first inspector general and the former head of the Autorité des marchés publics, an independent body that oversees public procurement.

There is also little dispute among legal experts that the curfew breaches the Canadian Charter of Rights and Freedoms and the Quebec Charter of human rights and freedoms, notably mobility rights and the freedom of peaceful assembly, as well as rights set out by the International Covenant on Civil and Political Rights.

But the Quebec government has circumvented the two-step test set out by the Supreme Court of Canada in the landmark Oakes decision, R. v. Oakes, [1986] 1 S.C.R. 103, for determining whether the provincial government’s limitation on Charter rights is reasonable and demonstrably justified, according to legal experts. There is no doubt it would be able to demonstrate that there was a pressing and substantial objective for the implementation of a curfew given the rising numbers of COVID-19 cases and hospitalizations in spite of a series of public health measures that were introduced since last spring. But the provincial government has omitted to provide a justification or a rational connection that would justify the limitations to Charter rights, pointed out Cara Zwibel, the director of the fundamental freedoms program with the Canadian Civil Liberties Association.

“We don’t really know what the government is relying on in terms of deciding that a curfew is a necessary step,” said Zwibel. “When liberties are being restricted we need to have a reason based on evidence, based on data. We want these restrictions to be grounded in evidence and for the government to be able to demonstrate that it is capable of achieving that purpose.”

Quebec Public Health director Horacio Arruda acknowledged in a press conference last week that he could not cite studies about the efficacy of curfews. The curfew, added Arruda, was implemented to serve as a “signal,” and to reduce contacts between people.

But that’s not good enough, said Beaulac. “It appears that they have not even bothered to provide a justification,” said Beaulac. “It’s as if because of the public health emergency they can govern outside of the legal framework, outside of the constitutional framework of the Canadian and Quebec Charters. My fear is that the absence of justification was not committed by negligence nor by oversight but voluntarily. It’s regrettable because in three, five years time when examining how the Quebec government managed the coronavirus public health crisis, it will appear as if they governed by shunting aside the importance of individual freedoms. It creates a bad precedent. It’s a precedent that does not provide a justification behind the adoption of this draconian measure, the curfew.”

Julius Grey, a Montreal human rights lawyer, believes however that curfews are a reasonable measures as long as it is within reasonable limits, have reasonable exceptions, and does not impose “truly draconian penalties” that would be considered to be cruel and unusual.

“The government doesn’t need absolute scientific evidence but it needs some,” said Grey of Grey & Casgrain LLP. “If the curfew is unreasonable and unconnected to controlling the disease then it would not be lawful. But I don’t think this is the case. It’s just that it doesn’t end the disease. And in that situation the government is entitled to a certain margin of error.”

Gallant too believes that the courts would give the provincial government leeway to tackle the pandemic in ways recommended by public health officials. The Supreme Court of Canada, he points out, has reiterated numerous times that fundamental rights are not to be interpreted in a vacuum. Gallant likens the current measures to random stops by police to curb drinking and driving, the subject of a series of decisions by the nation’s highest court in the 1990s. In R. v. Ladouceur [1990] 1 S.C.R. 1257, the SCC held that random stops were a proportionate or appropriate measure to the pressing and substantial concern of “carnage on the highways.”

But besides the constitutional issues raised by curfews, Zwibel also is concerned about the discretionary powers police have to enforce it. “We know that when police are given the power to stop people they are going to be the people who are subject to more scrutiny than others – and those are racialized communities and communities with a lower socio-economic status,” said Zwibel. “That is a concern.”

Gallant points out that the SCC, in R. v. Beaudry, 2007 SCC 5, held that the ability to exercise discretion is fundamentally necessary for effective policing. But the discretion is not absolute and it must be justified subjectively. “In a regulatory legislative context, where police have the discretion to give or not give a fine, there are grey zones,” said Gallant. “In grey areas defendants can stand to gain from reasonable doubt. Curfews are an extraordinary measure but it does not do away with our fundamental rights such as the right to a fair trial and the right to a full defence. So a person who believes that a police officer poorly used his discretionary powers can raise a reasonable doubt. That reassures me.”

But out of concern over the effect the curfew will have on homeless people who have no access to a shelter, Quebec Superior Court Justice Chantal Masse lifted the severe public health measure for them. In a five-page decision, Justice Masse held that the curfew has a discriminatory and disproportionate effect on people experiencing homelessness, contrary to the right to equality of persons.

“Many of these people, when the curfew takes effect, seek to hide from police in order to avoid getting a fine or being picked up, and are likely to put their health and security in danger given the winter,” said Masse in Clinique Juridique Itinérante c. Procureur générale du Québec. “Many of these people fear, for objective reasons, of contracting the COVID-19 virus in shelters, which are packed during winter” and have had outbreaks. The Attorney General of Quebec did not take a position on the matter.