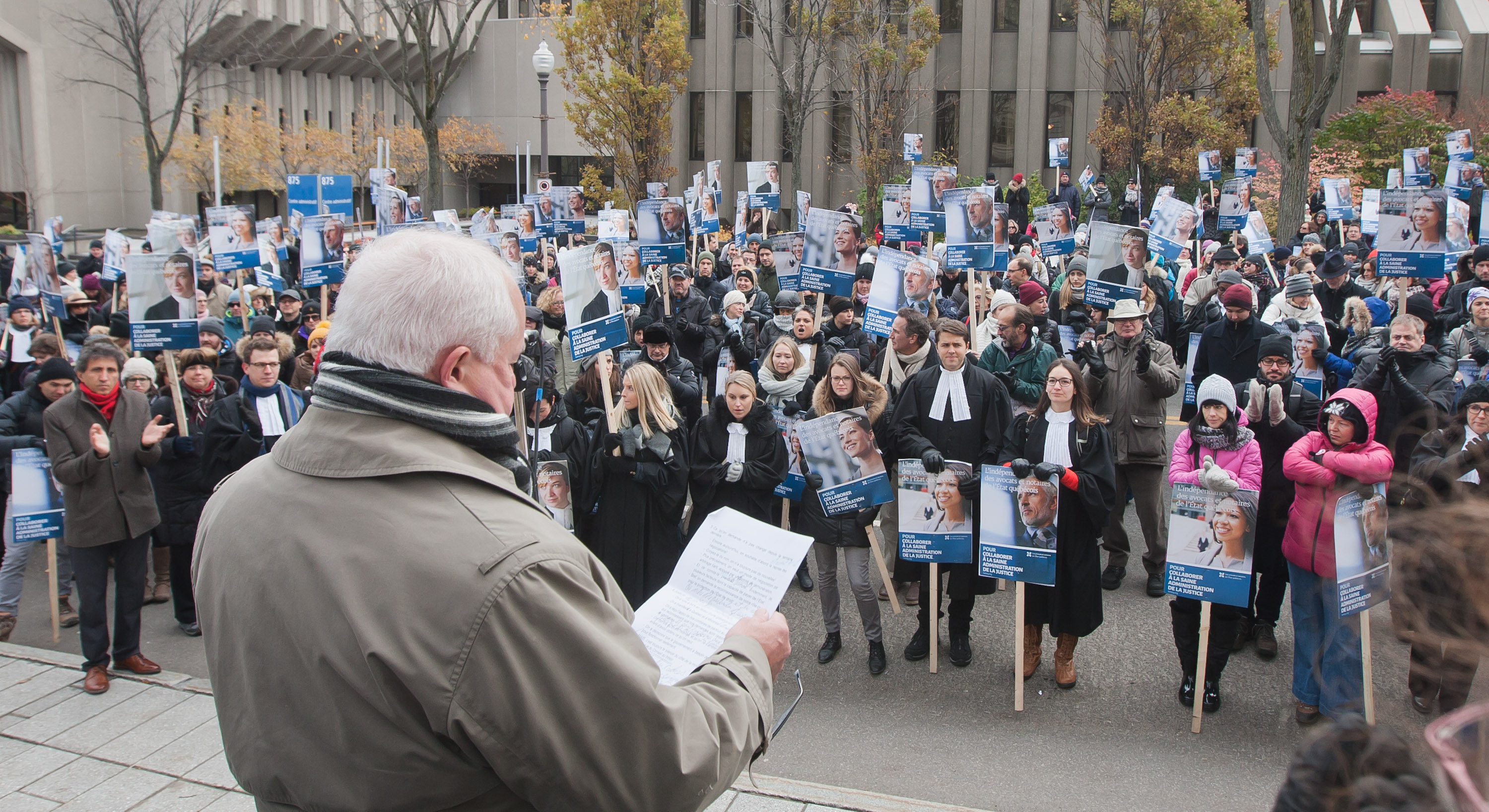 A Quebec court ruling that declared unconstitutional a special law that forced provincial government lawyers and notaries to put a halt to the longest Canadian strike by public civil servants may give them much-needed ammunition to persuade the Quebec government to introduce binding arbitration, according to legal experts.

Quebec Superior Court Justice Johanne Brodeur found that the special law, which also prohibited government lawyers and notaries from striking for three years until March 31, 2020, “substantially” breaches the right of freedom of association under s. 2(d) of the Canadian Charter of Rights and Freedoms and that the infringement is not justified under s. 1 of the Charter. She also found that it violated s. 3 of the Quebec Charter of Human Rights and Freedoms.

“The government did not demonstrate that the total repeal of the right to strike, for three years, without a meaningful mechanism to resolve bargaining impasses, constitutes minimal impairment,” said Justice Brodeur in a 75-page ruling that heeded guidance from the landmark ruling by the Supreme Court of Canada in Saskatchewan Federation of Labour v. Saskatchewan, [2015] 1 SCR 245. “For the Court, the impairment goes beyond what is reasonably necessary,” added Justice Brodeur in Avocats et notaires de l’État québécois c. Procureure générale du Québec 2019 QCCS 3897.

The ruling chastises the Quebec government for its attitude and for adopting a special law that breached the Charter, noted Benoît Pelletier, a law professor with the University of Ottawa, who wrote a prescient legal opinion commissioned by LANEQ in September 2016, a month before the infamous strike. In the legal opinion, Pelletier argued that since the Quebec government has over the years systematically revoked the right to strike of government lawyers and notaries, they should turn to the Saskatchewan ruling to bolster their case.

“The judge held that if you are going to remove the right to strike as was the case here then there has to be an efficient and impartial mechanism in its place,” said Pelletier, a former Quebec minister from 1998 to 2008. “The Quebec government did not put in place such a process, and therefore it breached the rights of association of government lawyers and notaries. And secondly, it breached their constitutional rights because it suspended their right to strike for three years.”

The decision sends a strong signal to governments across the country that they cannot introduce back-to-work legislation that does not include an alternative dispute resolution mechanism when the right to strike is limited in any way, otherwise they risk infringing the Charter, added Marc Dion, president of LANEQ, the association representing more than 1,100 Quebec government lawyers and notaries. The decision also, pointed out Dion, “invites” the government to put to an end “once and for all” to the rocky labour relationship between the two parties.

“Several times in the ruling the judge invites the government to take measures that will put an end to the labour strife,” said Dion. “Justice Brodeur has given us a boost because she said the impact of the strike underlines the importance of a system that provides continuous service, access to justice, and maintains the rule of law.”

Labour relations between government lawyers and the province have developed into bitter and protracted disputes since the turn of the century. On October 2016, LANEQ launched a strike after 20 bargaining sessions, six sittings with a mediation, and more than 27 other meetings were held over the course of 21 months led to an impasse. The strike lasted four months, and took a crippling toll on the justice system even though government lawyers and notaries provided essential services. More than 3,000 cases before administrative tribunals were rescheduled, 21 bills and 228 draft regulations were postponed, and the review of legal documents and government contracts were suspended.

After initially demanding for binding arbitration overseen by a compensation committee with a chair and chosen and appointed by both parties, LANEQ watered down its stance and sought – and are still seeking — a special status within the Quebec civil service that is on par with Crown prosecutors. In exchange LANEQ would forgo its right to strike.

Unlike in the past, there is optimism that the provincial government and LANEQ can reach an agreement. Both parties have held discussions since last fall when a new Quebec government, the Coalition Avenir Québec headed by Premier François Legault, came into power. But Dion, asserting that he is bound by confidentiality, declined to discuss the progress of the negotiations. “We are continuing discussions to reach our objective and reform the bargaining regime,” said Dion. “The decision by the Superior Court Justice is no doubt an important development for LANEQ.”

The change in government will give a lift to the negotiations, believes Pelletier. “The previous government seemed to have it in for government lawyers and notaries, and it’s no wonder then that they were severely castigated by Justice Brodeur,” said Pelletier. He thinks that LANEQ’s proposal to forge an independent committee that will examine and determine their labour conditions is sound. Failing that, a non-binding independent committee could establish labour conditions, and “I would not be surprised if LANEQ would accept such an arrangement.”

LANEQ however also lost a legal battle against the Quebec government before the Quebec Labour Administrative Tribunal. It lodged a complaint that accused the Quebec government of negotiating in bad faith. The labour tribunal rejected the complaint in a 105-page decision that was issued three days after Justice Brodeur’s ruling, and LANEQ is considering lodging an appeal.

A call to the counsel representing the Quebec government was not returned.

The Quebec government intends to file leave to appeal before the Quebec Court of Appeal.