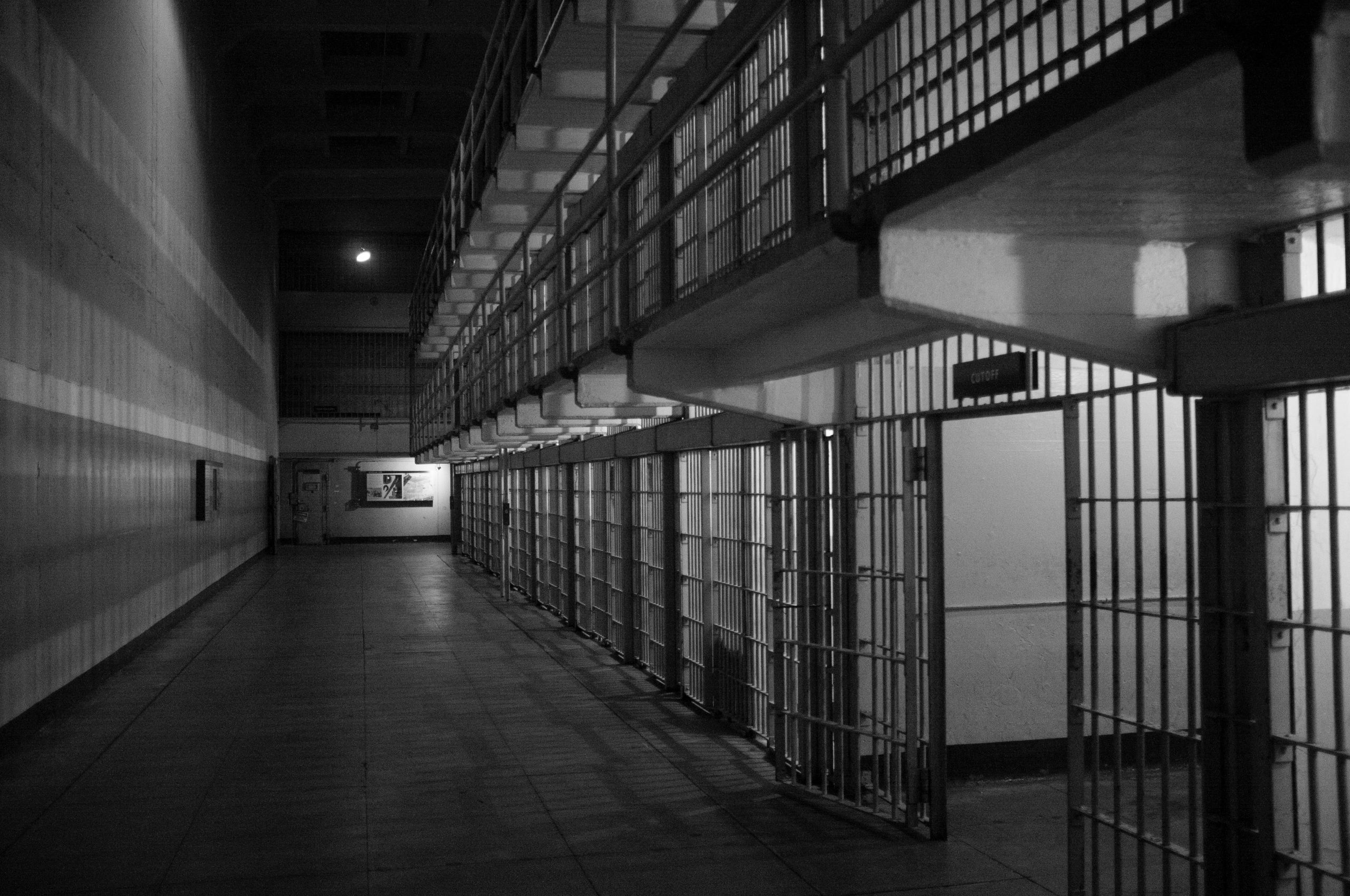 A Court of Quebec judge declared the minimum mandatory sentence of four years imprisonment for discharging a firearm while being reckless to the life or safety of another person as unconstitutional and inoperative for an Aboriginal offender.

In an “eloquent, comprehensive and very interesting” decision lauded by criminal law experts as a welcome development, Judge Jacques Ladouceur laments the disproportionate number of Indigenous people in prisons, forcefully calls on judges and actors in the judicial system to exert their power to take concrete and consistent action to curb the alarming situation, and “contextualizes” the sentence by examining the collateral consequences of imprisonment.

“This case illustrates very well how mandatory minimum sentences are incompatible with the Gladue principles found in s. 718.2 (e) (of the Criminal Code) and how these mandatory minimum sentences contribute to the disproportionate representation of Indigenous people in prisons that is constantly on the rise,” noted Marie Manikis, a criminal law professor at McGill University. “In this sense, the principle of proportionality and Gladue make clear that when sentencing Indigenous people, it is important to look at the sources and causes of offending.” And in this case, added Manikis, culpability needs to be understood in light of the contextual evidence that relates to colonialism, residential schools and addiction.

Those are elements that the courts far too often only pay lip service to, pointed out Quebec City criminal lawyer Julien Grégoire. “One can only applaud the soundness of the findings and reflections by Judge Ladouceur,” said Grégoire. “It seems to me, in accordance with clear and repeated guidance by the Supreme Court of Canada and the clarity of s. 718.2 (e), that judges should no longer simply cite Gladue or Ipeelee and symbolically or slightly ‘reduce’ the quantum of a sentence. They must act concretely by rendering decisions that are consistent with the principles that are applicable to the special circumstances of Aboriginal people.”

Ratha Heang, a criminal lawyer based in Amos in northwestern Quebec whose clientele is mostly composed of Aboriginals, concurs. “The decision reaffirms that judges must play a proactive role to curtail the overrepresentation of Indigenous people in prisons,” said Heang who successfully plead the case. “That simply means applying the law as it stands. That is the big problem since the 1996 Gladue decision which was reaffirmed in Ipeelee. Even if Indigenous people are supposed to be treated differently during sentencing, they are not. Nothing is done.”

Section 718.2(e) of the Criminal Code and the Supreme Court of Canada’s landmark decisions in R. v. Gladue, [1999] 1 S.C.R. 688 and R. v. Ipeelee, 2012 SCC 13, [2012] 1 S.C.R. 433 seeks to reduce the incarceration of Aboriginal persons, noted Court of Quebec Judge Jacques Ladouceur. In Gladue, judges were called on to look at alternative sentencing options. The SCC also directed judges to consider broad systemic and background factors that affect Aboriginal people generally and the offender in particular. The SCC reaffirmed the Gladue principles in Ipeelee and clarified how it operates.

But on the ground that has not taken place. The number of Aboriginal people in prisons has skyrocketed since the Gladue decision was issued in 1999, underscored Judge Ladouceur. The number of Aboriginal inmates who are in federal correctional institutions now stands at 30 per cent, an increase from 27 per cent in 2017 and 12 per cent in 1999. Aboriginal offenders also serve a greater portion of their sentences before being released. Non-Aboriginal persons were twice as likely to obtain conditional release compared to eligible Aboriginal persons, 30 per cent compared to 15 per cent.

“While we do not bear full responsibility, the fact nevertheless remains that we judges are the ones rendering these prison sentences,” said Judge Ladouceur in R. c. Neeposh 2020 QCCQ 1235, a decision issued on March 13th. “That means that we also have the power to act to exert a positive effect on this drastic situation.” And that includes the prosecution and the defence when making joint submissions, added Judge Ladouceur, who called on all actors in the judicial system to “question ourselves” regarding the high frequency of joint submissions proposing terms of imprisonment.

“Put simply, if this critical situation is to be checked, concrete and consistent action must be taken in response to the calls to action that the higher courts have made to us on the subject of prison sentences for Aboriginal persons,” said Judge Ladouceur.

Early one morning in May 2018, after drinking heavily, Kyle Neeposh discharged a .12 caliber while walking the streets of the Aboriginal community of Mistissini. The 28-year old Cree fired three shots in the direction of a witness, who did not sustain any injuries. When a police officer found Neeposh, he asked him several times to put his hands in the air. Neeposh turned his body towards the officer, holding the firearm and pointed it in the direction of the officer’s torso. When the officer asked him to drop his gun, the accused turned the firearm toward his chin and kneeled on the ground. Neeposh dropped his gun and “crumbled” to the ground before two individuals could reach Neeposh. He was charged with numerous offences including intentionally discharging while being reckless to the life or safety of another person, committing assault, and pointing a firearm at a police officer. Neeposh plead guilty but challenged the constitutionality validity of the mandatory minimum sentence.

The Crown prosecutor proposed a sentence of four years imprisonment, taking into account mitigating factors and placing “great emphasis” on the objective of general deterrence. The prosecutor argued that Aboriginal persons have access to easily obtained firearms and they must be aware of the harsh criminal consequences of using them in the community. The prosecutor also claimed there was a high level of recurrence of this type of offence in the Cree communities. Judge Ladouceur gave the prosecutor and the Attorney General of Quebec six weeks to submit statistics to buttress her assertions, a period that was subsequently extended by three weeks. The prosecutor never did not provide statistics.

“It’s worth noting the problematic ways that the prosecution has built its case and framed its arguments, which are in violation of the Gladue principles and contribute to the overrepresentation of Indigenous people in prisons,” remarked Manikis. “Prosecutors in cases like these that include several mitigating factors that point towards rehabilitation, remorse and are contextualized by the various aspects of Indigenous backgrounds, have ethical duties to tailor their approach by considering these aspects. Instead, in this case, the prosecution relied on assumptions and unsubstantiated claims that contribute to the discrimination faced by Indigenous people.”

The accused on the other hand proposed two years less one day of imprisonment, followed by a probation order of three years, including 240 hours of community service.

Judge Ladouceur, heeding guidance from the SCC in R. v. Pham 2013 SCC 15, [2013] 1 S.C.R. 739 and more recently in Suter v. R. 2018 SCC 34, [2018] 2 S.C.R. as well as his own ruling in R. v. Iserhoff 2019 QCCQ 2339, considered the collateral consequences of incarceration on Neeposh and his family. These consequences include whether the offender may suffer physical, emotional, social or financial consequences. And in this case, Judge Ladouceur also took into account that the accused is a member of the Cree First Nation in Mistissini and a beneficiary of the James Bay and Northern Quebec Agreement (JBNQA) when sentencing Neeposh. Under s. 18 of the JBNQA, Crees shall not be imprisoned, committed or detained in any institution below the 49th parallel of latitude. However, no detention centres exist above the 49th parallel. While the Cree Nation government and the Attorney General of Quebec entered into an agreement in 2007, it did not amend any of the provisions in s. 18 of the JBNQA.

“Because the rights of Cree beneficiaries of the JBNQA are not suspended, Cree inmates remain beneficiaries of this right, which must be part of the basis of the assessment of the collateral consequence of the sentence,” said Judge Ladouceur.

After taking into account a series of aggravating and mitigating factors as well as a Gladue report, Judge Ladouceur declared that the minimum punishment of imprisonment of four years for discharging a firearm while being reckless as unconstitutional and inoperative for Neeposh as it infringes on the right not to be subjected to cruel and unusual treatment or punishment, contrary to s. 12 of the Canadian Charter of Rights and Freedoms.

“The drafting and enactment of the provision setting out a minimum prison sentence of four years seems to have been done without consideration of the specific consequences for Aboriginal persons,” held Judge Ladouceur. “While there cannot be two systems of justice, the fact remains that adapting the implications of this minimum sentence provision to Aboriginal persons from communities that hunt and for whom firearms are part of their traditional way of life results in a circuitous process with unforeseen consequences.”

Neeposh was sentenced to 20 months’ imprisonment, a six-month consecutive sentence for the offence involving the officer, and 24 months of probation. He also issued an order prohibiting the possession of firearms, “which sends a message to members of the Aboriginal community,” said Judge Ladouceur.

“Hopefully the Neeposh ruling will have an impact,” said Heang. “Every day is an uphill battle. Nothing seems to change. There is no detention center above the 49th parallel and nor is there a detoxification center for the Crees. But I don’t lose hope. I see improvement but it’s not quick enough and I find it lamentable that elected representatives ignore that which the SCC, public inquiries and statistics  acknowledge.”