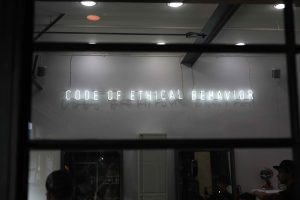 A Montreal lawyer who is one of the driving forces behind a racial profiling class action seeking $171 million in damages has been struck off the roll for 45 days by the Quebec legal society disciplinary council for failing to take into account the best interests of his client in a medical malpractice suit.

In spite of the decision by the disciplinary council, Papa-Mike Diomande will continue to work on the ground-breaking class action with Montreal lawyer Jacky-Eric Salvant. “Nothing has changed,” said Salvant.

In August 2019 Quebec Superior Court Justice André Prévost certified the class action suit, launched by the Black Coalition of Quebec, against the City of Montreal on behalf of citizens who allege were unfairly arrested, detained and racially profiled by the city’s police force between August 2017 and January 2019. In a 14-page ruling in Ligue des Noirs du Québec c. Ville de Montréal 2019 QCCS 3319, Justice Prévost noted that evidence introduced by the Black Coalition reveal, prime facie, that “racial profiling is still a reality” within the Montreal police force in spite of actions taken over the past three decades.

A month before the class action was certified, Diomande was found guilty by the Barreau du Québec disciplinary council of breaching s. 20 and s. 23 of the Quebec Code of Professional Conduct of Lawyers.

On January 21, 2020, a three-member panel of the disciplinary council struck Diomande off the role for 45 days.

“The Council believes that the dismissal of the client’s civil liability action is a possible consequence of the respondent’s ethical misconduct,” said the disciplinary council in a 34-page decision in Barreau du Québec (syndic adjoint) c. Diomande, 2020 QCCDBQ 007. “The client also had to retain the services of another lawyer to represent her in her efforts to avoid the action be preliminarily dismissed, something that could have been possibly avoided if the respondent had properly represented her interests before ceasing to representing her.”

On April 1, 2011, a Montreal woman was admitted to the Royal Victoria Hospital to give birth to her second child. During the night, an anesthetist gave her epidural anesthesia. A couple of years later, in April 2014, the woman, represented by Diomande, launched a $1 million medical malpractice suit against the anesthetist, alleging that the doctor did not follow the rules of practice. She also alleged that since she was administered the epidural anesthesia her migraines have intensified, and now suffers from dizziness and back pain as well as concentration problems and memory loss.

Diomande sought and obtained two expert reports from Dr. Normand Moussette. The neurologist stated that there was a lack of causality between the epidural administered by the anesthetist and the health condition of Diomande’s client. Though new elements were introduced in the case, Dr. Moussette still maintained in a second report that there was no causal link.

“Even though he was aware of the unfavourable expert opinion by Dr. Moussette regarding the causal link,” Diomande issued a notice of communication to the anesthetist’s lawyer, noted the disciplinary council. “He does not remedy the situation afterwards, and withdraws from the case,” they added.

Diomande was found guilty of failing to act in the best interests of his client for the period between March 26, 2015 and June 8, 2017. He was also found guilty of neglecting to act with competence and prudence.

During the sanction hearing, Diomande admitted he made an error, and that he should not have tabled the expert report tabled without the written consent of his client. He also affirmed that he was “sincerely sorry” for what happened, and that he never thought the situation would turn out the way it did, with his former client losing the case. Nevertheless Diomande maintained that he should not be stricken off the roll due to the circumstances surrounding the case. The client, testified Diomande, was not “easy,” not only because she did not pay but also because he had to run after her to obtain authorizations.

The disciplinary council underlined that Diomande put a lot of effort in the case, that he did not act in bad faith, and that he did not have malicious intentions towards his former client.

But it also underscored that “these infractions are “at the heart of the exercise of the profession. They are objectively serious and jeopardizes the protection of the public. It is even one of the most serious offences a lawyer can commit during the exercise of his profession.”

In light of the circumstances, aggravating and mitigating factors, case law and applicable principles, the disciplinary council ordered Diomande to be stricken off the roll for 45 days.

Diomande did not respond to a request for comment.