A Montreal legal aid lawyer with a remarkable personal journey has become the latest judicial appointment to Quebec Superior Court, marking the fifth Quebec Superior Court judge to be appointed over the past month by federal Minister of Justice and Attorney General of Canada Jody Wilson-Raybould.

The appointment, coupled with the recent appointment of 16 Court of Quebec judges by the provincial government, are widely expected to make a dent in the backlog of cases that have plagued the Quebec criminal justice system, particularly since the landmark Jordan decision by the Supreme Court of Canada issued last summer. The Quebec Director of criminal and penal prosecutions (DPCP) revealed that there are 684 Jordan applications as of March 23, 2017, a figure that has tripled in the space of three months.

The latest appointment still falls short of what the Quebec government has been demanding.  The provincial government asserts that it needs 14 new Superior Court judges to deal with the bottleneck in the criminal justice system. 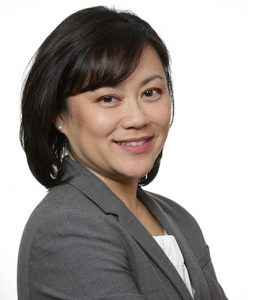 Aline Quach, a lawyer at the Bureau d’aide juridique Maisonneuve-Mercier, was appointed a judge of the Superior Court of Quebec for the districts of Abitibi, Rouyn-Noranda and Témiscamingue. She replaces Justice J.F. Buffoni (Montreal), who chose to become a supernumerary judge as of February 2017. Because of internal transfers requested by the Chief Justice, this vacancy is located in Amos.

Justice Quach, who graduated from the Université de Montréal in 1994 and was called to the Quebec Bar in 1996, has focused on family law and international child abduction as well as civil and administrative law.

Born in Saigon, Vietnam, Justice Quach lived in a refugee camp in Guam when she was two years old before landing in Quebec with her family as a refugee. Her parents wanted her to become a dentist, doctor or pharmacist but she had her mind set on studying law. Indeed, a profile of her jests that her very first oral argument was to convince her parents to let her register at the faculty of law at the Université de Montréal.

Justice Quach, who speaks fluent French, English, Spanish and Vietnamese has been extensively involved with the Barreau de Montréal, and served on committees focused on mentorship and ethno-cultural diversity. She is also a member of Maison Daluze, a shelter for women who have suffered violence.