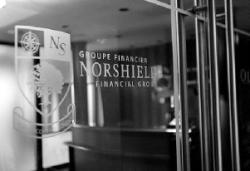 Nearly eight years after a high-flying hedge fund with ostensibly $1-billion in assets collapsed under the weight of a flurry of investor redemptions, the fallout from the Norshield Financial Group financial debacle continues unabated.

Quebec Superior Court recently certified a $159-million class action against the Royal Bank of Canada, less than four months after yet another financial planner was fined $225,000 by the Court of Quebec after being found guilty of 60 of the 62 charges laid against him by the provincial securities regulator in connection with the illegal distribution of products related to Norshield. So far, ten representatives have been found guilty, incurring fines totalling $628,500. Only one case remains outstanding.

Norshield, an umbrella name for a complicated array of interrelated companies offering investments to retail, institutional and high-net worth private investors, filed for receivership in June 2005 at the request of the Ontario Securities Commission (OSC). The OSC said 1,900 retail investors lost at least $159-million in Canada after Norshield’s senior executives artificially inflated the value of the hedge fund’s units. Since then, the receiver, Richter, has been trying to track down money on behalf of burned investors in what one lawyer described as “one of the most complicated cases that you are likely to see,” in part because it operations spanned Canada, Barbados and the Bahamas.

“In addition to the inherent difficulties posed by the complexity of the Norshield investment structure, the task of identifying and realizing upon the assets of the Norshield Companies has been compounded by incomplete financial records, missing financial information and, in certain cases, the destruction of key books and records,” pointed out Richter in a report filed before Ontario Superior Court of Justice in mid-October that asked and received another year to complete its work.

Two weeks later, Quebec Superior Court Justice Marc de Wever authorized a class action against the Royal Bank of Canada and RBC Capital Markets Corporation that alleges that the financial institution “knowingly or blindfully” took part in the setting up of a fraudulent scheme or structure by Norshield Financial Group when they knew or should have known that “their business partner” was defrauding Canadian retail investors.

“The Court is of the opinion that the facts alleged by petitioner in the motion or referenced in the exhibits do show a good color of right in favour of petitioner,” remarked Justice Marc De Wever in a 24-page ruling.

The class action alleges that RBC was the “nemesis” of the Norshield Investment Structure fraud, helped the fraudulent structure to evolve and gain credibility, permitted the diversion of money out of the structure and thus caused damages equivalent to the value of the unredeemable shares of Olympus United Funds Corporation (Canada) held by the petitioner and other class members as of July 2005. According to the class action suit, founder John Xanthoudakis developed, marketed and operated the Norshield Investment Structure between June 1999 and June 2005. The Norshield Investment Structure allowed the Norshield Financial Group to raise Canadian retail investors money, which flowed through a host of entities, including the Olympus United Funds. The Norshield Financial Group was not an incorporated entity but rather a brand name Xanthoudakis “managed to give a strong aura of performance and credibility in the years preceding its complete financial collapse,” adds the class action suit.

“If those facts are taken for granted, they support the submission that respondents committed a fault in the course of their business operations, said fault causing the damages claimed by petitioner,” noted Justice De Wever.

RBC, while “sympathetic to the investors affected by the Norshield collapse,” refutes the allegations and intends to “vigorously” defend the suit,” said spokesperson Raymond Chouinard in a prepared statement.

There may, however, be a small window of opportunity to settle the matter. KPMG LLP, named as a defendant in a prospective securities class action in Quebec that was initiated on behalf of retail investors of Olympus United Funds, settled the suit by “thinking outside the box” and resorting to the Companies’ Creditors Arrangement Act (CCAA), said Norm Emblem, a Toronto litigator with Dentons who represented KPMG.

KPMG, which reported upon certain of the audited financial statements of the Norshield companies, last year agreed to a $7.5-million settlement with Richter but without admission of wrongdoing. The settlement strategy for Richter, in its capacity as Receiver, was to convert the receivership of Olympus Funds into a CCAA proceeding and prepare a CCAA Plan providing for the payment by KPMG to the benefit of retail investors, who were also the putative class in the KPMG action, explained Emblem. A CCAA Plan, once accepted by the statutory majority of creditors and sanctioned by an order of the court, is binding to all creditors. In other words, by following the CCAA approach, the prospect of persons opting out of a certified class action does not exist.

“It was really the asset-backed commercial paper (ABCP) case that gave rise to a lot of lawyers thinking about using the CCAA as a mechanism that will allow people to extricate itself from litigation,” said Emblem. (ABCP, an investment vehicle that grew dramatically from $10 billion in 1997 to $115 billion in 2007, became embroiled in a controversial restructuring process under the CCAA several years ago).

“The recovery in a CCAA proceeding does not preclude the class from recovering from other parties. I would venture to say that it provides certainty, finality and a more timely payment to the class members than they might see if the class action case was litigated in a traditional way,” added Emblem.

Avram Fishman, a Montreal lawyer with Fishman Flanz Meland Paquin representing Richter, said that it is up to counsel for class members and the Royal Bank to decide whether they want to reach a settlement agreement using the CCAA. “If both sides agreed upon a settlement which required a CCAA process, I anticipate that the Receiver would be open to implementing same through the existing CCAA plan which would have to be amended accordingly,” said Fishman. Class action counsel did not return calls.

In the meantime, Xanthoudakis faces more legal troubles. Xanthoudakis, who along with another senior Norshield executive was fined $2.1-million by the OSC for knowingly misleading investors about the financial state of the fund before its collapse, faces 36 fraud and forgery-related charges.