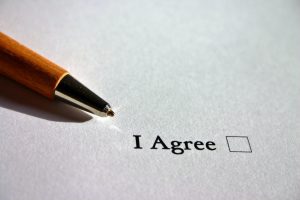 The list of private and public sector organizations that are trying to rewrite the rules and pass on risks to architects seems to be literally growing by the day. The City of Burlington in Ontario tried to do it, with its Request for Proposal (RFP) for the design of a new pavilion building. So too did the City of Kingston when it issued an RFP for a community centre. Educational institutions such as Ryerson University and the Colliers Project Leaders in Fort Frances had a go at it as did the Liquor Control Board of Ontario. And that’s apart from the biggest culprit, Infrastructure Ontario, a Crown Agency that has been the subject of untold spirited discussions among the architectural community. All told, the Ontario Association of Architects (OAA) issued half a dozen warnings over the past year to its 4,000 strong members about RFPs that were plagued with inappropriate, unfair and unreasonable conditions and expectations that unnecessarily subjected architects to unacceptable and uninsurable contract conditions.

“There seems to be a desire to rewrite the rules of risk,” Bernie McGarva told an audience of architects attending a workshop about these controversial clauses. “And for parties who have for years assumed obligations to pass on those obligations to others,” added McGarva, a commercial and construction litigator at Aird & Berlis who regularly defends architects.

The concerted effort to rewrite contract provisions for architectural services that expose architects to obligations and liabilities to the client that exceed what are already those of the architect “at law” has sparked consternation. “This is clearly not in the interest of the public or the architect,” the OAA plainly stated in a 2016 regulatory notice.

These client-crafted clauses, notoriously called “murder clauses,” may give rise to situations where the architect faces additional obligations and liabilities that will exceed their insurance coverage and claim limits. “Your coverage will not expand because you decided or agreed to accept additional liability,” warned John Hackett at the same workshop. “If you decide to accept obligations outside of the umbrella coverage, you will get wet when it rains,” added Hackett, vice-president, practice risk management, at Pro-Demnity Insurance Company, a wholly owned OAA subsidiary.

Murder clauses come in many guises, particularly in RFPs. “Understanding the traps is the first step in protecting yourself,” observed Hackett. Some inflate the standard of care to perfection, though it’s couched in legalese using terms such as “non-execution or imperfect execution” of the work. Professionals are expected to be reasonably competent and provide services that are professionally consistent with what one would expect of a professional in his field. But perfectionism, particularly in project situations where uncertainty and risk are inherent, is not an obligation an architect has to meet, noted McGarva.

Other murder clauses call for architects to “ensure” or “warrant” performance – that is, provide express warranties and guarantees – including for the work of others, especially construction contractors. Others yet insert dispute resolution or settlement provisions that override an architect’s insurance coverage or worse withhold or offset fees against alleged losses at the sole discretion of the client. “That’s a big problem,” said McGarva. “It is in effect a choke-hold by the client who has become the judge, jury and executioner by withholding your fees until it can be dealt with at some other point and requiring you to keep working all the while.”

But murder clauses are particularly prevalent in client-authored contracts dealing with indemnity. In one of several variants of Infrastructure Ontario’s indemnity provisions, it calls for the architect to indemnify a broad range of people including agents, appointees, directors, officers and employees from and against claims, demands, losses, and expenses.

These provisions should be renegotiated, said McGarva. To begin with, the term agent is a very broad term that could be interpreted to include consultants who were not retained by the architect. Only clients should be indemnified, and in this case, Infrastructure Ontario, added McGarva. “I’m not sure what losses means but that is kind of a scary proposition,” remarked McGarva. Just as frightening is indemnifying the client for expenses, particularly since much of it will hinge on how the courts will interpret the word expenses.

Even more alarming is the notion that Infrastructure Ontario inserted a clause that expects architects to indemnify for legal costs on a “substantial indemnity basis.” “I am sure if you were reading this contract in your office and you were trying to figure out what it all meant that it may not ring any bells for you, but it means something very important,” explained McGarva.

In Ontario as in most of Canada, the winner of a lawsuit gets to recover between 50-to-60 per cent of their legal costs. That seemingly innocuous clause however turns the equation on its head: an architect who loses a suit against a client could end up paying up to 90 per cent of legal costs, a figure that could easily mount up well into the six figures and sometimes beyond. “I understand that they want to protect taxpayers, but the system protects taxpayers by awarding costs, the same for them as any other litigant,” noted McGarva.

Another trap is the catchall phrase is “any and all” as in the consultant shall be responsible for any and all damages. That language should be stricken from the contract as every professional liability insurance policy will have exclusions, said Hackett.

Architects should be just as wary of clauses that call for arbitration as the means to settle disputes. While arbitration under certain circumstances can be much more efficient than litigation because it provides the parties with an opportunity to define how they want the process to work, it is “unwise” to agree to arbitrate up front. That’s because there is a risk the architect may face push back from the insurer who may feel that it hampers their ability to manage the defence that it is required to provide to the architect.

There are some things that architects can do to try to mitigate murder clauses. For one, they can just say no. That doesn’t mean it will work, but it’s worth the try. “You have to decide what your level of bargaining power and leverage is, and whether or not to use it,” suggested McGarva. Crossing out clauses that appear to be unreasonable is another option. That is, telling the client that you will carefully look through the client’s proposed contract, and where it’s recommended by the insurer to cross out things that may be beyond your comfort level.

But by far the easiest way of fighting back is to insert a clause that both Hackett and McGarva recommend putting in all contracts. It reads as follows: “Notwithstanding the foregoing, the obligations and liabilities of the Architect are limited to the professional liability insurance provided by (Pro-Demnity Insurance) and any specific or excess professional liability insurance coverage in force.”

“The beauty of it is that it repairs a host of damage that may have been done by the earlier, conflicting murder clauses – and that puts you on some safe ground,” said Hackett. “This works because it gives you the benefit of knowing that you have limited your liability. You will not be personally exposed. Your corporate assets are not exposed. We think this is the best solution for dealing with difficult contractual situations because if your client will agree to this, you’re in good shape.”

The danger for architects who choose to adopt a laissez-faire attitude and accept unfair and unreasonable conditions and expectations is that the courts may eventually deem them to be the new norm. McGarva does not believe that “we’re there yet, but it’s been a slippery slope.”

There is another threat facing architects who agree to murder clauses – the Ontario Association of Architects. In a regulatory notice issued in 2016, the OAA issued a veiled threat. Knowingly responding to an RFP, or entering into a contract without the insurance protection or personal financial capability to meet the contractual obligations, could lead to a finding of professional misconduct against the architect or architectural practice.

This story was originally published in Canadian Architect.