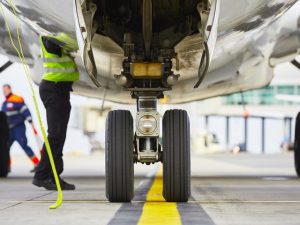 Former employees of Air Canada’s overhaul maintenance centers have been given the green light to proceed with a national class action against the nation’s biggest airliner.

Aveos, a former subsidiary of Air Canada until the company’s insolvency in March 2012, employed 1,800 people that worked at the airline’s overhaul and maintenance centers in Montreal, Winnipeg and Mississauga.

The class action seeks compensation for Aveos’ former employees, a figure that could rise up to $100 million, according to Trudel Johnston & Lesperance LLP, the Montreal law firm behind the class action.

Class action representative Gilbert McMullen alleges a violation of the Air Canada Public Participation Act. Until amended by Parliament in June of 2016, the Act required Air Canada to operate maintenance and overhaul centers in Winnipeg, Mississauga and in Montreal. Previous decisions by Quebec Superior Court and a five-member panel of the Quebec Court of Appeal unanimously concluded that Air Canada had breached the Act.

The class action also alleges that Air Canada acted in bad faith, including by deliberately provoking the collapse of Aveos, an issue that may give rise to punitive damages.

“The Court considers that Mr. McMullen has demonstrated a serious colour of right,” said Quebec Superior Court Justice Jean-François Michaud in a 27-page ruling in McCullen c. Air Canada. “The allegations of violation of the Act are supported by the chronology of events and reveal that Air Canada has significantly reduced maintenance and overhaul activities at the Centers. These facts were found by Castonguay J. and the Court of Appeal.”