Here we go again. Another skirmish between a prominent Quebec City lawyer and the provincial law society that has turned ugly.

According to article 5.07 of Regulation respecting the administration of the business of the Barreau du Québec, board members – with the exception of the bâtonnière (or president) and vice-president – can receive $300 for attending board meetings.

Khuong’s spouse, former Quebec justice minister Marc Bellemare, sent a legal notice this week to the Barreau demanding the recovery of the monies as well as an end to the payment formula. 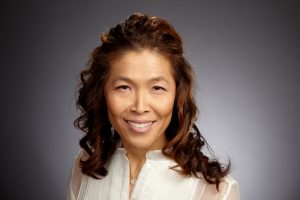 Khuong is also calling for the Quebec Minister of Justice Stéphanie Vallée and the provincial agency that oversees professional corporations to intervene and investigate the matter.

All of these shenanigans are taking place in the middle of an election that will be held on May when the province’s 25,000 lawyers will be voting for either the current bâtonnière Claudia Prémont or Khuong as president.

Khuong briefly headed the Quebec legal society but reluctantly resigned after a bitter and protracted fracas with the board of directors of the Barreau. On May 2015 she was elected president of the Barreau with 63 per cent of the vote but was suspended by the Bar’s board of directors two months later after confidential information was leaked to the media that she had been arrested on suspicion of shoplifting two pairs of jeans in Montreal. Khuong, who has always maintained her innocence, was never charged. She formally stepped down in mid-September after a settlement agreement was reached with the Barreau and its board of directors that provided Khuong with “assurances” that her electoral program would still be considered, and where possible, put in place.

Now she wants to shake up the Barreau.

But there is a fine line between shaking up an institution and disparaging an organization she wants to lead at a time when confidence in the justice system, particularly in light of the landmark Jordan ruling by the Supreme Court of Canada, has been dented.

And if Khuong’s allegations are true, the Barreau should have known better. The legal profession is undergoing turbulent changes, and many of its members are paying the price. Board members who allegedly unilaterally increased their stipends to $800 for attending a meeting should take the time to browse a troubling report by the Young Bar of Montreal that revealed that growing numbers of Quebec lawyers are having a hard time making ends meet.

Even those who managed to find articling positions quickly discovered that it did not necessarily lead to a job. In 2004, 11.8 per cent of lawyers were unemployed at the time of their registration on the Roll of the Order – a figure that now stands at 18.2 per cent.

In yet another dismaying finding, the report reveals that young lawyers who do find work can no longer count on making as much as much as those who entered the profession in 2004: 17 per cent of lawyers who enrolled in the bar between the years 2004 and 2008 earned over $110,000 compared to a paltry 0.7 per cent today. At the end of the other scale, nearly one in three lawyers admitted to the bar in 2013 earned less than $20,000 compared to 3.5 per cent who entered the bar between 2004 and 2008.