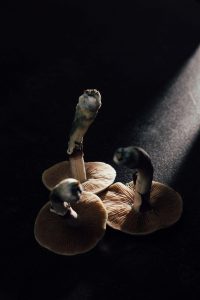 The federal government quietly enacted long-awaited amendments that allow healthcare practitioners to request access to restricted drugs, like psychedelics, for patients with serious or life-threatening conditions in cases where other therapies have failed, are unsuitable, or are not available in Canada.

The regulatory amendments overturn regulatory changes made to the Special Access Program (SAP) in 2013 that prohibited access to restricted drugs, including psychedelics.

The new changes however will not lead to “large-scale access” to restricted drugs nor do they do signal an intent towards the decriminalization or legalization of restricted drugs, warns Health Canada. The Special Access Program is for emergency treatment only, and requests will be considered on a case-by-case basis for a “serious or life-threatening condition”

Still, the amendments “represent one of the most significant steps towards regulating and facilitating access to restricted drugs for medical purposes to date,” noted Ranjeev Dhillon, co-lead of the cannabis law group at McCarthy Tétrault LLP.

The amendments, added Dhillon, represent an “express acknowledgement” by the federal government of the potential therapeutic benefits of using psychedelics to treat various symptoms and ailments, especially related to mental health. It also shows that the federal government is receptive to empirical evidence over the therapeutic benefits of restricted drugs.

Psilocybin, like most psychedelics, is a Schedule III controlled substance under Canada’s principal federal drug statute. It can be accessed under a section 56(1) exemption of the Controlled Drugs and Substances Act granted by the federal Minister of Health. The new amendments to the Special Access Program provides another avenue, and has a much quicker turnaround time than seeking permission from the health minister.

The medicinal promise of psychedelics as a potential treatment for mental health disorders has led patients’ groups and the business and medical community to push to make psychedelics more readily legally accessible.

Some healthcare practitioners had hoped Ottawa would be bolder.

“We still have a huge amount of work to do because these medicines could really, really revolutionize the entire mental health-care field,” said Dr. Michael Verbora, who works as a medical director at the Field Trip Health therapy centre in Toronto. “I don’t want to get too far ahead of where the science is … but I do really, really believe that if people have a process to start their own healing, it can lead to a much better world for most people.”

Access to drugs and treatments that incorporate psychedelics may increase through the recent changes to the Special Access Program as well as s. 56 exemptions, according to Leila Rafi and Sasa Jarvis of McMillan LLP.

“However, neither of these routes for access should be viewed as decriminalizing psychedelics,” added Rafi and Jarvis. “Despite the developments potentially increasing access to psychedelics for certain eligible patients, it is important to note that psychedelics and activities related to it remain heavily regulated.”