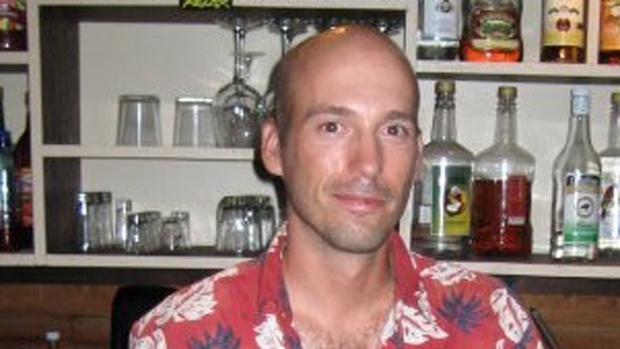 The Quebec Court of Appeal ordered a new trial of a man convicted of killing three people because the trial judge provided inadequate instructions to the jury over the weight that should be given to post-offence conduct and because he failed to warn the jury that the testimony of the prosecution’s expert went beyond the bounds of his expertise.

The ruling, the second time in six years that the Quebec appeal court set aside a murder conviction and ordered a new trial because of testimony provided by psychiatrist Sylvain Faucher, highlights pervasive concerns about expert bias and examines the credence that should be given to post-offence conduct, according to criminal lawyers.

“Too often, experts for the prosecution or defense, usurp – voluntarily or not – their role while testifying before the court,” said Julien Grégoire, a Quebec City criminal lawyer. “The expert’s role is to shed light on technical or scientific elements that surpass general knowledge, and the judge must keep a check on experts who testify beyond their expertise, particularly before a jury. That error in and of itself was sufficient grounds for a new trial, along with its inherent delays and costs.”

Following a 2015 trial by jury, Justin John Bresaw was convicted on two counts of first degree murder and one charge of second degree murder. Bresaw admitted causing the deaths of the three victims but argued that he was not criminally responsible because of mental disorder. Bresaw argued before the appeal court that Quebec Superior Court Justice Richard Grenier failed to warn the jury that the expert’s testimony surpassed his expertise and failed to warn the jury about evidence relating to his post-offence conduct.

More than two decades after the Supreme Court of Canada issued its landmark ruling in R. v. Mohan, [1994] 2 SCR 9, 1994, that spelled out a four-part test for the admissibility of expert evidence, Quebec appeal court Chief Justice Nicole Duval Hesler underscored yet again the “delicate exercise” of admitting expert evidence. In Mohan, the SCC said that the admission of expert evidence hinges on its relevance, the necessity in assisting the trier of fact, the absence of any exclusionary rule and a properly qualified expert. Heeding guidance from yet another SCC ruling, R. v. Sekhon, [2014] 1 SCR 272, Justice Hesler underlined that it is not enough for a trial judge to simply consider the “necessity” requirement at the outset of an expert’s testimony. Instead, Justice Hesler reiterated that a trial judge must ensure that the expert’s testimony remains, throughout, within the proper boundaries of expert evidence. In the case at hand, Faucher “oscillated” between his expertise and inadmissible opinions that fell within the scope of the trier of facts, noted Justice Helser in her reasons in Bresaw c. R. 2017 QCCA 1255. Justices Louis Rochette and Yves-Marie Morissette concurred with the August 23rd decision.

“A specific instruction was clearly required here,” said Justice Hesler. “The trial judge even recognized it during the pre-trial conference. However, in his final instructions, he completely omitted to remind the jury of the importance to exclude inadmissible portions of this expert’s testimony. That omission was prejudicial and requires a new trial.”

According to Julie Bolduc, a Montreal criminal lawyer who successfully plead the Bresaw case, the ruling is “important” because illustrates the importance of experts who testify to “respect the established limits” throughout the trial in order to “avoid compromising the fairness of the trial.”

The trial judge’s failure to provide instructions to the jury over the significance of Bresaw’s post-offence conduct too was a detrimental error that required setting aside the guilty verdicts and a new trial, held Justice Morissette in his own reasons which focused mainly on the notion of post-offence conduct. Following guidance by the SCC in R. v. White, [2011] 1 SCR 433 Justice Morissette noted that evidence of post-offence conduct is not “subject to any specific rule,” but is a matter of relevance and probative value that must be assessed on a case-by-case basis. But sometimes, added Justice Morissette, post-conduct evidence can “engender a risk of confusion,” particularly when the accused confessed to engaging in some form of criminal conduct related to the crime for which he stands accused.

The trial judge “should have in this case clarified that the behaviour of the appellant after the offence did not have any pertinence to determine the degree of intent, and therefore his level of culpability,” said Justice Morissette. “The jury should have been cautioned about reaching a hasty conclusion over his intent, a conclusion that in this case could have led to confusion.”

“Human behaviour is susceptible to various factors,” said Grégoire. “If sometimes one can take into account post-offence conduct to assess all the evidence, it can be dangerous to assess only this element to conclude that a murder was committed rather than manslaughter.”

Bolduc added that the moment that an accused confessed to his participation in a crime, a trial judge must give clear instructions to the jury that post-offence conduct must not be used to determine the degree of intent. “That too is a reminder to judges,” added Bolduc.