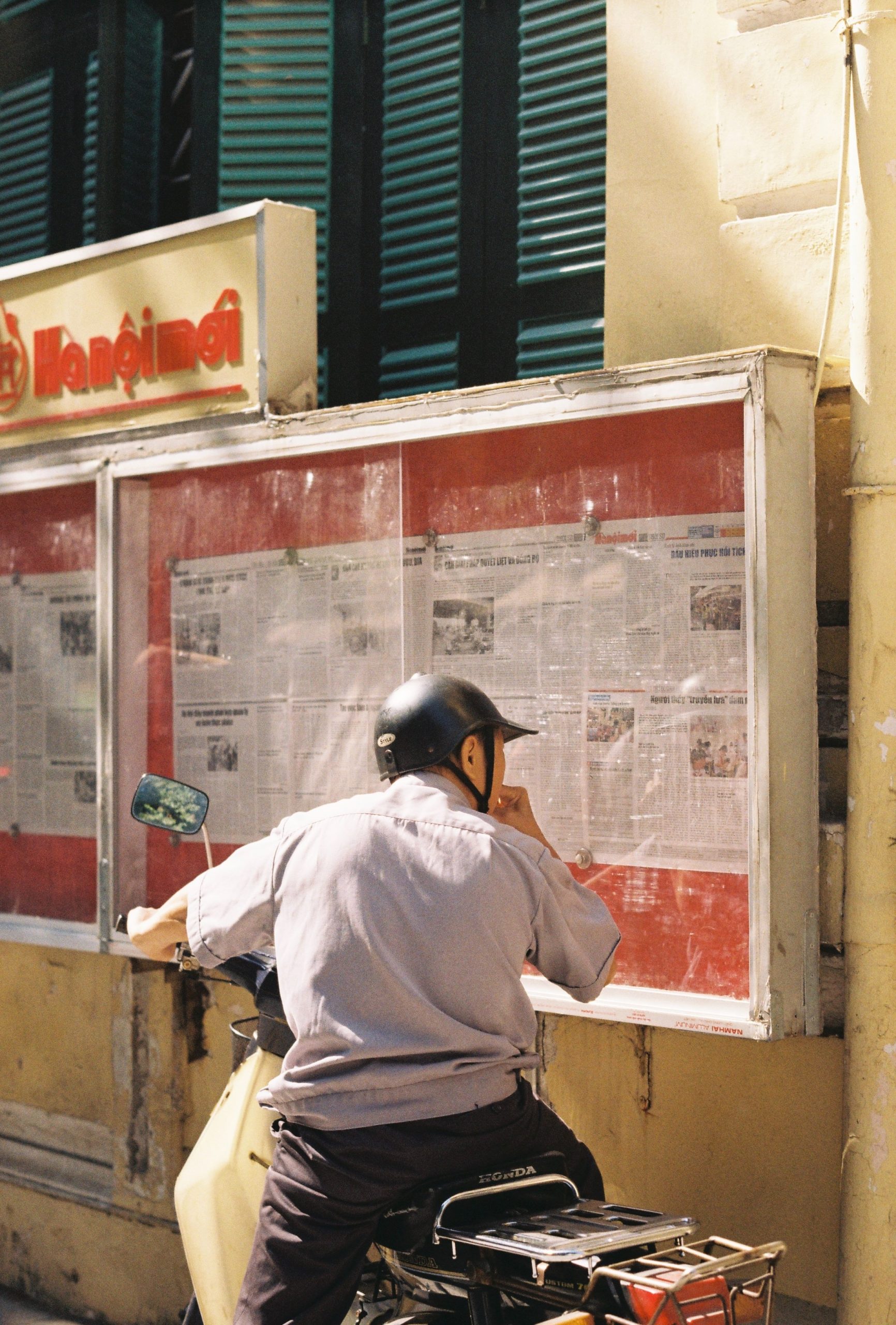 Half of Quebec female lawyers have been subjected to sexual harassment, a third of Quebec lawyers were the subject of unwanted sexual conduct, and 4.2 per cent of women suffered “negative consequences” for refusing to engage in sexual activities. Approximately one per cent of lawyers who were the subject of sexual misconduct reached out to police.

So reveals a report unveiled by the Quebec Bar, three years after it was launched. Only 14 per cent of Quebec Bar members, or 3785 members out of 28,000 lawyers in the roll, responded to the survey.

Following the 76-page report, the Barreau du Québec intends to launch free training on harassment and sexual violence, and is considering making it compulsory. A committee will examine other options.

Here is the report (en français).

A court specializing in sexual assault and domestic violence cases is inching forward, following the announcement by Quebec Minister of Justice Simon Jolin-Barrette of the creation of a working group that will lay the foundations of the specialized tribunal.

The Quebec government is following up on a voluminous report by a group of experts, tabled in December, that recommended the creation of a specialized court to help victims navigate the justice system.

Here is an abridged version of the report, and here is the complete report.

A new tort of “harassment in internet communications” has been recognized after Ontario Superior Court found that traditional defamation law remedies have been thrown into disarray by the internet.

In a case dealing with extraordinary campaigns of malicious harassment and defamation carried out unchecked, for many years, as unlawful acts of reprisal, Ontario Superior Court Justice David Corbett held that while regulation of speech carries with it the risk of over-regulation, even tyranny, doing nothing also also “carries with it the risk of anarchy and the disintegration of order.”

[4]               Freedom of speech and the law of defamation have developed over centuries to balance the importance of preserving open public discourse, advancing the search for truth (which must allow for unpopular and even incorrect speech), protecting personal reputations, promoting free democratic debate, and enforcing personal responsibility for statements made about others.  The value of freedom of speech, and the need for some limits on that freedom, have long been recognised as central to a vibrant and healthy democracy and, frankly, any decent society.

[6]               This case illustrates some of the inadequacies in current legal responses to internet defamation and harassment.  This court’s response is a solution tailored for these cases and addresses only the immediate problem of a lone publisher, driven by hatred and profound mental illness, immune from financial constraints and (dis)incentives, apparently ungovernable except through the sledgehammer response of incarceration…

It is clear that the law needs better tools, greater inter-jurisdictional cooperation, and greater regulation of the electronic “marketplace” of “ideas” in a world with near universal access to the means of mass communication.

Here is the ruling.

The parent company of the Montreal-based “Dunn’s Famous” deli-restaurant group has been awarded by Federal Court approximately $500,000 for trademark infringement by five operators .

Stanley and Ina (Dunn) Devine, the daughter of founder Myer Dunn, who died in 1993, entered into a number of agreements between 2007 and 2018 “purporting to provide licences” to third parties without the authority of Famous Holdings International Inc., the sole trademark holder.

“Based on the affidavit evidence…and the exhibits, along with the Plaintiff’s submissions, I am satisfied that the Defaulting Defendants have been involved in the use of the Dunn’s Trademarks without the Plaintiff’s authorisation and have deliberately engaged in activities causing trademark infringement, passing off, depreciation of goodwill, and false and misleading advertising,” said Federal Court Justice Richard Southcott in Dunn’s Famous International Holdings Inc. v. Devine, 2021 FC 64.

The Hasidic Jewish Council of Quebec won a partial legal battle after Quebec Superior Court decided that the provincial government’s order that a maximum of 10 people be allowed in a place of worship applies to each room within a building that has independent access to the street, and not just to the building in its entirety.

Quebec Superior Justice Chantal Masse, who did not weigh in on the constitutionality of the public health measures, left the door for the Quebec government to adjust the rules in the future.

Here’s a copy of the ruling, and here’s a story I wrote about the constitutional questions that have surfaced over the curfew imposed by the Quebec government.

In a victory for trans, non-binary and intersex people, Quebec Superior Court declared several provisions of the Civil Code of Quebec unconstitutional.

¶ people who do not identify as either male or female have a right to a non-binary designation;

Here’s the ruling that for the most part now puts Quebec on par with the rest of the country.

Childless couples in the midst of a separation will now have free access to mediation thanks to a 20-week pilot project launched by the Quebec Ministry of Justice, beginning on February 18th.

Former spouses who do not have a child together will be able to benefit from three free hours with an accredited mediator to help them settle their separation amicably.

At present, separating couples with children are entitled to five hours of mediation, or two-and-a-half hours in the event that they need to review a previous judgment or agreement.

Bailiff’s firm must use surname

The name of a bailiff’s firm must be composed of the surname of a partner or shareholder, held Quebec Superior Court Justice Janick Perreault. That means that a bailiff’s firm cannot use the initials or numbers as a moniker. Here’s the ruling.

A class action over the way that electronic parking meters operate in Montreal and Quebec City was given the green light. A Quebec City resident maintained it was unfair that the two cities can charge a person to park in a spot with a meter if the time is already paid for by someone who previously had the spot and left early. Quebec Superior Court Justice Éric Hardy rhetorically wondered if this was “abusive” and whether “municipal regulations allow this?” Here’s the ruling.

An insurance agent who admitted buying and using information culled from a data breach at the financial group Desjardins Group was suspended following a ruling by an administrative tribunal. Here’s the ruling.

Non-respect of public health measures during a pandemic may be considered to be “reprehensible, even harmful, conduct to the development of a child,” held Quebec Superior Court Justice Claude Villeneuve in a child custody case.

He added: “Even if freedom of expression is a recognized right, it does not go so far as to permit an adult to denigrate and discredit, in the presence of a minor, citizens who respect rules enacted by the public health authorities in a pandemic linked to COVID-19.” Justice Villeneuve added that the parent’s message to his child is that it’s not important to respect the law nor the health and security of others, “which leads the Court to put into question the parental capacities… and as a result, the custody of the child.”  Here is the decision.

The obligation to pay rent during the pandemic is an issue the courts are grappling with. Quebec Superior Court Justice Peter Kalichman acknowledged that Quebec retailer Groupe Dynamite’s  ability to use certain leased premises to operate its stores was “severely limited by the Covid Restrictions.” However, Justice Kalichman held that “where leased premises are occupied by a debtor and cannot be leased to anyone else, the landlord is not prevented from demanding immediate payment of rent regardless of whether or not the debtor is carrying on business.” Or as law firm McCarthy Tétrault points out, the debtor is not relieved of the obligation to pay post-filing rent when it is asserting a right to sole possession of the premises and has not disclaimed the lease.

The right to contact counsel of choice was at the heart of two Quebec Court of Appeal decisions. In R c. Blackburn-Laroche, 2021 QCCA 59, the appellate court held that police officers had not made the necessary effort to reach the lawyers chosen by the respondent. As a result he was deprived of a reasonable opportunity to contact them. In another case, R. c. Tremblay, 2021 QCCA 24, the appeal court held that “the police did not fulfill their well-known duty to facilitate the respondent’s exercise, at the first reasonable opportunity, of her constitutional right to retain and instruct counsel.”