After months of stalling, the federal government has finally appointed four new Quebec Superior Court justices in the district of Montreal.

The appointments, coupled with the recent appointment of 16 Court of Quebec judges by the provincial government, are widely expected to make a small dent in the backlog of cases that have plagued the Quebec criminal justice system, particularly since the landmark Jordan decision by the Supreme Court of Canada issued last summer. The Quebec Director of criminal and penal prosecutions (DPCP) revealed that there are 684 Jordan applications as of March 23, 2017, a figure that has tripled in the space of three months.

The Quebec provincial government has asserted that it needs 14 new Superior Court judges to deal with the bottleneck in the criminal justice system. Before the four appointments, there were six vacancies at the Quebec Superior Court.

Madam Justice Rogers, a partner with the Montreal-based law firm Langlois Avocats, has over 28 years of litigation experience in civil and commercial matters. Over the years she has also developed a strong expertise in professional liability and discipline. Besides teaching at the Quebec Bar’s school, she has served as a mentor to young woman at the Association of Quebec Women in Finance.

Madam Justice Baudouin, a Montreal lawyer with Casavant Mercier Avocats, specializes in civil and public law involving civil liability, defamation and health law matters. She also had an active practice in labour law and professional law, and has acted in several class action matters. She is also an ethics expert, having served on the Ethics Committee of the West Island Integrated University Health and Social Services Centre and the Research Ethics Committee of McGill University. Justice Baudouin is also involved with charities that tackle autism and women’s health. 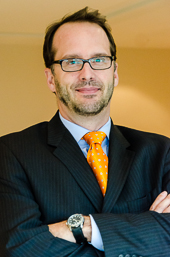 Justice Bachand, an associate professor at the Faculty of Law at McGill University, taught legal interpretation, alternative dispute resolution, and evidence. His scholarship focuses primarily on domestic and international arbitration. Justice Bachand has served as an accredited arbitrator in both domestic and international cases. He holds doctorates from the Université de Montréal and the Université Panthéon-Assas, in addition to an LL.M. from the University of Cambridge and an LL.B. from the Université de Montréal. In recognition of his contributions to the law and to legal education, he was named Advocatus Emeritus (Ad. E.) by the Barreau du Québec and received the John W. Durnford Teaching Excellence Award at McGill University.

Justice Daniel Royer, an experienced criminal lawyer, has exclusively practised criminal and penal law since his call to the bar in 1996. He practised for 15 years as defence counsel before becoming a Crown prosecutor in 2011. He has taught criminal law and evidence at O’Sullivan College of Montreal, in addition to teaching a course linked to the Gale Cup moot at the Université de Montréal.