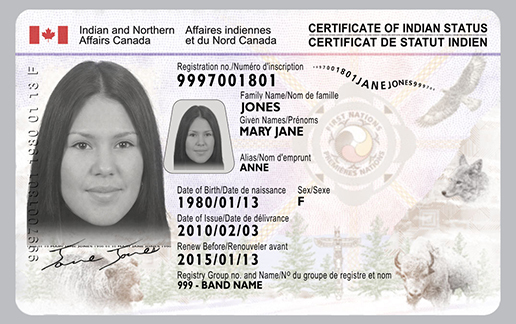 “It is necessary to point out that the Constitution does not impose an obligation of means but an obligation of result, as section 52 of the Constitution Act, 1982, clearly sets out. This imperative applies to Parliament and not only the courts. In light of this imperative, the time for Parliament to act is now ending,” concluded Justice Mainville.

In a case brought by three members of the Abenaki of Odanak, Quebec Superior Court Justice Masse found in Descheneaux c. Canada (Procureur général), 2015 QCCS 3555 that the registration rules adopted in 1985 to bring the Indian Act into conformity with the Charter of Rights and Freedoms discriminated against those who traced their First Nations ancestry to a female rather than a male. Justice Masse gave the federal government until January 2017 to amend the discriminatory provisions before declaring them invalid as an unjustifiable breach of the right to equality guaranteed by section 15 of the Charter.

But the federal government dawdled, before finally introducing in October 2016 Bill S-3 — An Act to amend the Indian Act (elimination of sex-based inequities in registration). The Senate committee, believing that other forms of discrimination would be perpetuated despite the adoption of Bill S-3, asked the government to request an extension of the suspension of the declaration of invalidity in order to address their concerns. On January 2017, Justice Masse extended the suspension until July 2017.

On June 2017 Bill S-3 was adopted by the Senate with significant amendments aimed at completely eliminating any form of sex-based discrimination, but the government opposed the changes, laying the groundwork for another impasse. The federal government asked for another extension, which was denied by Justice Masse. The federal government appealed the decision and the Quebec appeal court granted it only because of the “very real” impacts it would have on the public.

The vast majority of people listed on the Indian register, approximately 90 per cent of the more than 960,000 individuals listed, are registered pursuant to one or another of the provisions which the Descheneaux ruling declared unconstitutional.

On top of that, the Department of Indigenous and Northern Affairs would no longer be able to approve new registration applications, the majority of whom are children, according to an affidavit submitted by the Indian Registrar Nathalie Nepton. There are currently 798 “active” applications from Quebec residents. Moreover, the plaintiffs would not obtain any benefit if the declaration of invalidity came into effect, notes David Schulze, a Montreal lawyer who represents the plaintiffs.

“This is pretty much it, meaning that the odds look pretty high that there is not going to be anymore extensions no matter what happens,” remarked Schulze. “If the House of Commons and the Senate cannot agree by Christmas it seems almost a certainty that the registration of Indians will grind to a halt until such time they do agree.”

But the Quebec appeal court also underlines the uncomfortable position the courts have been placed particularly since the landmark Supreme Court of Canada decision on assisted suicide in Carter v. Canada, 2016 SCC 4, point out constitutional scholars. In Carter, the SCC found that the fact that Parliament had been dissolved for general elections was a “sufficient change in circumstances” that it justified the extension of the declaration of constitutional invalidity. The way that the Carter decision was framed suggests “that if a court doesn’t (grant) an extension the consequences that follow are the court’s responsibility rather than those of other parties,” said Robert Leckey, a constitutional expert and dean of the Faculty of Law at McGill University.

The Quebec appeal court “makes an attempt in its judgment of sort of refining the approach of what a court should do when it is asked for an extension,” and it delineates four factors, noted Leckey. The first one flows from the Carter decision and it is whether or not a change in circumstances justifies the extension. The second is the effects of the declaration of invalidity would have on the public, the third is the likelihood that remedial legislation will be adopted, and the final factor is whether an undue extension of the suspension could “shake the public’s confidence” in the administration of justice and in the ability of the courts to act as guardians of the Constitution.

“This has created a whole new issue to litigate over,” said Leckey. “And it places the court in a position of judging whether Parliament is being appropriately diligent or not during a suspension. It’s strange too if you think that the court’s primary job is to uphold rights for it to be extending the violation of rights.”

Maxime St-Hilaire, a constitutional expert who teaches at the Université Sherbrooke, believes that the standard of review adopted by the Quebec appeal court is “weak” and that the appeal court should have shown more deference to the trial judge especially since they were not deciding on the merits.

“It looks as if Justice Mainville nurtures ambiguity between a judgment on the merits and an incidental judgment to be able to overturn the trial judge’s decision,” said St-Hilaire. “And the proof that he confuses the two is that he makes reference to the Carter decision, but Carter is different. It’s the Supreme Court itself that decided to hear its own case. Normally in incidental rulings there is deference to decisions made by trial judges. This is a problem. Because this is a constitutional question, and it is very political, it seems as if they set a bit aside the rules of procedure. It’s as if there is the politicization of law.”

This article originally appeared in The Lawyer’s Daily.