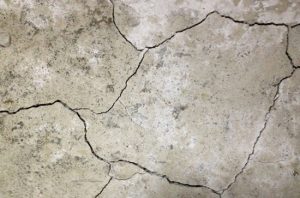 More than 800 homeowners and 18 business owners of pyrrhotite-damaged buildings won a long-drawn out legal battle after the Quebec Court of Appeal upheld a lower court ruling that ordered a Canadian engineering giant, concrete owners, construction contractors, and a geologist to pay more than $200 million, including interest.

Described by the appeal court as a mega-trial akin to a class action, the landmark decision is widely expected to have an impact on business law, construction law, and insurance law, according to litigators. The long-awaited decision, besides providing guidance over the extra-contractual liability of professionals, is one of a handful Quebec cases that applies the “continuous trigger” theory to arrive at a pro rata allocation. Under this theory, insurance policies in force between the time of exposure to the event giving rise to the damage and the occurrence of the event are triggered.

The case is unprecedented in the annals of the Quebec appeal court. Appeal court hearings stretched over eight weeks between October 2017 and May 2018. It involved some 880 actions that encompassed 832 immovables, all of which were grouped into 69 files. More than 800 appeals were filed following the lower court ruling, for a total of 70 distinct appeals. Over 20,000 pieces of evidence were introduced, comprised of approximately 600,000 pages, all of which were digitized. The main appeal court decision, SNC-Lavalin inc. (Terratech inc. et SNC-Lavalin Environnement inc.) c. Deguise, 2020 QCCA 495, runs at a hefty 367-pages, prompting a Montreal construction lawyer to state that “any serious study or analysis of this judgment will take weeks or months as the legal issues covered by the judgment are highly complex and interwoven.”

According to Miguel Bourbonnais, a Montreal litigator with McCarthy Tétrault LLP, the ruling is “very, very important” in construction law. “It is one of the most important cases in construction law over the past decade because it addresses many of the questions that deal with the responsibility of each of the parties,” said Bourbonnais, who represented Raymond Chabot Administrateur Provisoire inc., a provisional manager of a new home warranty program by the Association provinciale des constructeurs d’habitations du Québec (APCHQ).

The cases revolve around the use of a mineral called pyrrhotite in concrete. Hundreds of homes built between 2003 and 2008 around Trois-Rivières, between Montreal and Quebec City, were damaged after they were built with the concrete that contained pyrrhotite, which expands when it comes into contact with water and air. Home and business owners instituted actions against individual sellers, general contractors, formworkers involved in the construction of the foundations, concrete producers that supplied the concrete, the corporation operating the quarry that supplied the problematic aggregate, a geologist who recommended the use of the aggregate and his employer (SNC-Lavalin Inc.) and the insurers of those parties. Owners claimed compensation totaling $200 million for the replacement of the foundations of their buildings.

Class action proceedings had begun but were ultimately withdrawn because it raised too many thorny issues, said Pierre Soucy, a litigator and construction lawyer with Lambert Therrien who successfully plead the case. Finding a class member who could be appointed as representative plaintiff to properly represent the class members would have been challenging, remarked Soucy. It would have also been unwieldy to launch a class action because of the large number of defendants, added Soucy. On top of that, when the action was launched there were some 50 defendants, a figure that rapidly swelled to hundreds to the surprise of lawyers dealing with the case.

In June 2014, Quebec Superior Court Justice Michel Richard issued a 250-page ruling that for the most part ruled in favour of the applications for compensation. He concluded that the internal swelling of the concrete had been caused by the oxidation of the pyrrhotite contained in the aggregate from the quarry. Justice Richard also held that the presence the pyrrhotite constituted a latent defect and a defect in construction that gave rise to the loss of work under article 2118 of the Civil Code of Quebec, and apportioned liability among the defendants according to the role they played.

The Quebec Court of Appeal upheld in essence the lower court ruling. It held that contractors were liable to both the warranty against the loss of work and the warranty of quality under contracts of sale. “This is a clear case in which the problem affecting the foundations of the immovables constitutes both a latent defect and a defect in the construction or production of the work,” said in an unsigned decision. “The victims can thus enjoy the benefits of a dual compensation regime.”

The appeal court also upheld the trial judge’s finding that concrete producers and the corporation operating the quarry were solidarily liable. By working with each other and forming a tandem, they operated common enterprises for the manufacture and sale of concrete, and therefore each of these companies were solidarily liable for the sale of the defective concrete.

A geologist who produced a report that concluded that the concrete was fit for use and his employer SNC-Lavalin were also held liable to the quarry and concrete producers who had hired them to assess the quality of their product, as well as the owners of the pyrrhotite-damaged buildings, held the appeal court. The geologist had an obligation of means, and the trial judge’s conclusion that the geologist was “imprudent” for failing to warn parties about the danger to the integrity of the buildings by using pyrrhotite was “largely supported” by the evidence, pointed out the appeal court.

“What is interesting about the decision in terms of extra-contractual liability of professionals is that the appeal court took into consideration that the geologist gave his opinion in the media,” noted Soucy. In fact, the appeal court underlined that because the geologist had expressed his opinion on a couple of occasions in the media, he should have been aware of his ethical obligations towards the community and the possible consequences of his recommendations.

“The appeal court concluded that the geologist did not take into account the profession’s code of practice and knowledge at the time to issue reports that concluded that the aggregate could be used for the construction of foundations,” said Bourbonnais.

Soucy is hoping that the defendants will not file an application for leave to appeal before the Supreme Court of Canada. Lawyers for the defendants did not return requests for comment.

But in the meantime, there is another case dealing pyrrhotite-damaged buildings, involving some 900 owners, before the Quebec Superior Court. The parties however agreed that the matter will not proceed until this case is settled.