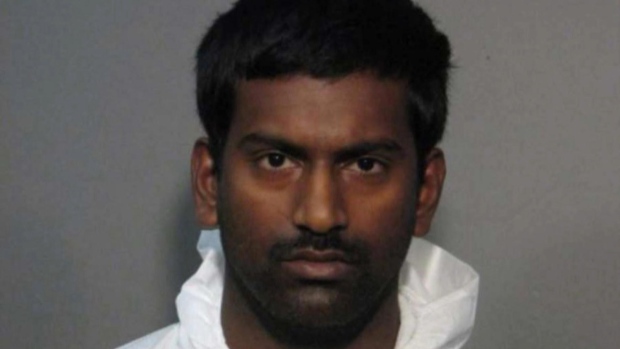 Nearly a year to the day when the Supreme Court of Canada issued its landmark Jordan ruling, the Quebec Court of Appeal announced that a five-judge panel will hear an appeal late this summer of a decision to stay a murder charge against a Sri Lankan refugee even though the accused has been deported back to his homeland.

Sivaloganathan Thanabalasingam, a Montreal man who was awaiting his sentence in three conjugal violence cases against his wife Anuja Baskaran when he was charged with her murder on August 2012, became the first accused in a murder trial in Quebec to see the charges against him stayed because of unreasonable delays.

Quebec Superior Court Justice Alexandre Boucher chastised the Crown for the “unjustified” delay which amounted to 56 months. While most of the delay was caused by the “chronic institutional delay problem” that has plagued the criminal justice system in Montreal, Justice Boucher held that the “Crown did little to mitigate the lengthy institutional delay” and to fulfil its duty to bring the accused to trial within a reasonable delay.

Shortly after the stay was granted, the Quebec Director of criminal and penal prosecutions (DPCP) announced that it was going to appeal the decision.

The appeal court will also hear the case involving Peter Rice, whose charges were stayed as well. Rice was accused of fraud and benefiting or directing or associating with a criminal organization. Quebec Superior Court Justice James Brunton held that the 76-month delay was unreasonable and contravened s. 11(b) of the Canadian Charter of Rights and Freedoms.

The Jordan decision laid down a ceiling of 30 months for matters before Superior Court cases to be completed. Provincial court trials should be completed within 18 months of charges being laid, but can be extended to 30 months if there is a preliminary inquiry. In a unanimous decision in R v. Cody 2017 SCC 31, the Supreme Court made it plain that it will not yield to provincial attorneys general struggling with the Jordan timelines.

The Quebec appeal court’s Chief Justice Nicole Duval Hesler said that counsel in each of the cases were advised to provide the court with their views on how the “transitional exceptional circumstances” formulated in Jordan should be applied in the Quebec context. She added that counsel were also invited to “shed light upon the meaning of ‘the parties’ reasonable reliance on the law as it previously existed’ and a ‘case … of moderate complexity in a jurisdiction with significant institutional delay problems’ in Quebec.”

Two and a half days — September 13th, 14th  and the morning of the 15th — have been set aside on the roll for these appeals.