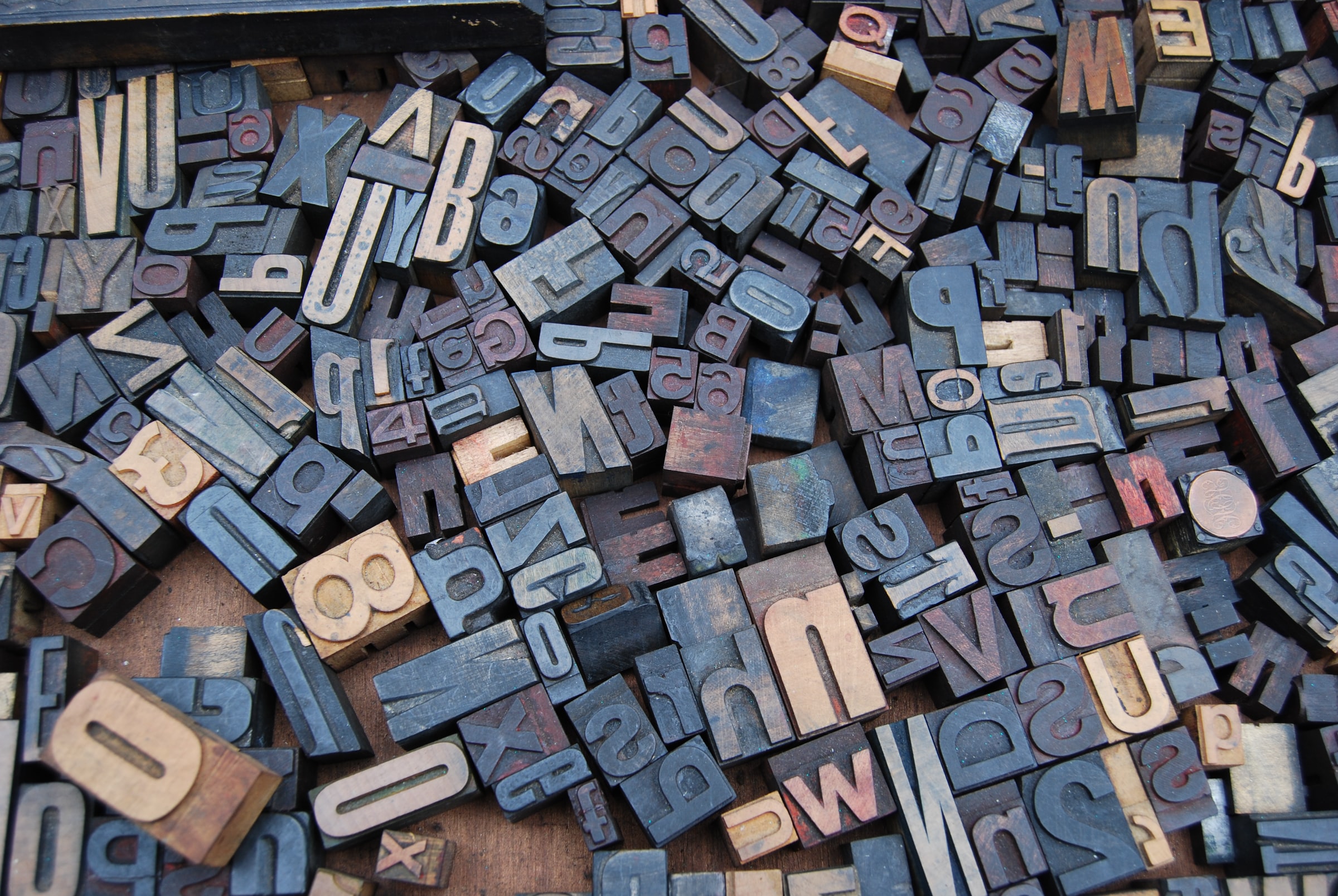 Less than a year after delivering a stinging rebuke to the Quebec government over recurring systemic unmitigated delays in securing trial transcripts that disproportionately affect English-speaking appellants, the Quebec Court of Appeal served a timely reminder over the importance of linguistic rights after it ordered a new trial for a convicted drug trafficker whose right to be tried in English was violated.

The decision, brimming with practical guidance aimed particularly at trial judges and Crown prosecutors, reiterates that courts that hold criminal trials “must be institutionally bilingual,” restates that it strongly favours consecutive translation over simultaneous interpretation in criminal trials, and prohibits so-called whispering interpretation from being practiced as it is “inconsistent” with s. 530.1(g) of the Criminal Code and guidance issued by the Supreme Court of Canada in R. v. Tran, [1994] 2 S.C.R. 951.

“This is a timely decision,” noted Martine Valois, a law professor at the Université de Montréal who wrote a book on judicial independence. “This is a problem, and it does no service to the accused or the justice system. This is not a political and linguistic issue, and it has nothing to do with the French fact in Quebec or the survival of French language. It’s really an issue over the rights of the accused (and ensuring that the) justice system be institutionally bilingual.”

The ruling also underscores yet again that the Quebec justice system is plagued by a systemic lack of resources, added Quebec City criminal lawyer Julien Grégoire of Gagnon & Associés, avocats.

“It’s very difficult to understand how, five years after the Jordan decision, we in Quebec can still find ourselves in this situation,” said Grégoire. “A major drug trafficker was granted, unfortunately but fittingly as far as I am concerned, a new trial to basically allow him to have access to fair justice in the language of his choice and in a process that minimally but truly respects his right to a trial in the language he understands best.”

Soninder Dhingra, a Montrealer, was sentenced to 15 years’ imprisonment after being found guilty of trafficking and importing large quantities of cocaine and crystal meth on June 2018. Dhingra appealed the conviction, arguing that his right to a trial in the official language of his choice had been breached and was therefore entitled to a new trial. The trial was to be held in English with simultaneous interpretation of the testimony of witnesses testifying in French.

That’s not what happened. While the trial began in English, it ended up being conducted almost exclusively in French in order to save time, with simultaneous interpretation and at times whispering interpretation provided to Dhingra. There were more problems. The equipment used to carry out the simultaneous translation and to record it was defective, which made very few transcripts of the trial available and virtually none of the transcripts of the English interpretation, which in turn led to an extraordinary delay of more than two-and-a-half years before the appellate court was able to hear the application for leave to appeal. That led the Court of Appeal in January 2021 in Dhingra c. R. 2021 QCCA 22 to call for a paradigm change over the preparation and production of trial transcripts. It also granted Dhingra leave to appeal to proceed in an accelerated timetable.

In a 32-page unanimous decision in Dhingra c. R. 2021 QCCA 1681 issued in November, the Quebec Court of Appeal quashed Dhingra’s drug smuggling convictions and ordered he undergo a new trial because his right to be tried in English was breached. Two complementary language rights protect the accused: the constitutional right to the assistance of an interpreter set out in s. 14 of the Charter of Rights and Freedoms and the statutory right set out in s. 530 of Criminal Code, a substantive right which cannot be interfered with, noted Justice Mainville.

“Mere administrative inconvenience implementing this statutory right is not a relevant factor,” said Justice Mainville in reasons that both Justices Martin Vauclair and Patrick Healy concurred with. “The availability of court stenographers and court reporters, the workload of bilingual prosecutors or judges and the additional financial costs of rescheduling are not pertinent factors since the language rights set out in the Criminal Code require that governments maintain proper institutional infrastructures and services for criminal trials in both official languages of Canada on an equal basis. Moreover, the language rights of the accused are not to be interpreted as a component of natural justice, but are rather free-standing independent rights which are conceptually separate and distinct from common law or other natural justice or procedural considerations.”

A violation of s. 530 of the Criminal Code constitutes a substantial wrong and not a procedural irregularity, said Justice Mainville. Curative provisions do not apply in the case of language rights as the intent behind s. 530 and 530.1 of the Criminal Code is the protection of linguistic minorities in Canada “by enforcing the equal access” to courts in criminal trials in either official language, added Justice Mainville.

Some in the legal community have interpreted those reasons as a clear missive by the judiciary to the executive that the Quebec justice system needs to be buttressed, and that language rights and the independence of the judiciary need to be respected. Tensions between the executive and the judiciary have been brewing since spring. Earlier this year, Quebec Justice Minister Simon Jolin-Barrette and Court of Quebec Chief Justice Lucie Rondeau were at odds over the need for bilingual judges in the Greater Montreal region. The justice minister refused to require bilingualism in the selection of a new Court of Quebec judge in a Montreal borough, in spite of a longstanding tradition of naming bilingual judges in the Greater Montreal area. In May the Quebec government introduced Bill 96, which seeks to strengthen the status of French in the province. Under article 12 of the proposed bill, a person to be appointed to the office of judge shall not be required to have “knowledge or a specific level of knowledge of a language” other than French unless the Minister of Justice and the Minister of the French Language “considers that the exercise of that office requires such knowledge.”

More recently still, the Quebec Justice Minister and the Chief Justice of the Court of Quebec have publicly clashed this fall over competing visions on how to deal with conjugal and sexual violence. And then there are labour negotiations. An independent five-member committee recommended this past October sizeable salary increases for the provincial judiciary, laying the groundwork for even further friction.

“It’s obvious there’s a disconnect right now between our government and the judiciary in Quebec,” remarked Dylan Jones, a Montreal criminal lawyer with Boro Frigon Gordon Jones. “There is a disconnect between what the Minister of Justice wants the system to be and what’s actually happening in the ground. Part of the judgment reflects that. They’ve rightly pointed out that there’s a slipping of accused rights when it comes to the trial of language of choice, and so something needs to be corrected there. It’s very fundamental and basic so there’s no sort of weaving your way around it.”

Jones added that if Bill 96 is enacted and if the Minister of Justice does not have to name English speaking or bilingual judges, it’s going to complicate matters further, particularly since it’s an obligation to provide an accused the right to be tried in one of Canada’s official languages. “I don’t know how they are going to work their way around that or get themselves out of it,” said Jones.

According to Michel LeBrun, a Trois-Rivières criminal lawyer, the decision is a cautionary reminder that the Quebec justice system needs to be beefed up in order to permit accused to exercise their language rights. More translators are needed as well as Crown prosecutors and judges who can speak English, and something needs to be done to address the issue of transcriptions, added LeBrun.

“Should there sufficient bilingual judges?,” asked rhetorically LeBrun, the head of the criminal defence lawyer’s organization, Association québécoise des avocat(e)s de la défense (AQAAD). “That’s certain. If it wasn’t clear before this ruling, it is now. I don’t mind if there is a judge in Montreal who doesn’t speak English, but I do mind if there is an accused who can’t have his trial in English.”

But Valois is not optimistic that the Quebec government will address the issue. “The problem with this government is that everything is instrumentalized for partisan purposes,” said Valois. “And it’s really dangerous, it’s really deplorable, and it’s really worrying what’s happening, that the Minister of Justice, who is a lawyer himself, is engaging in a public war with the judiciary and making the public believe that the judiciary is the problem and needs to be brought to heel.”