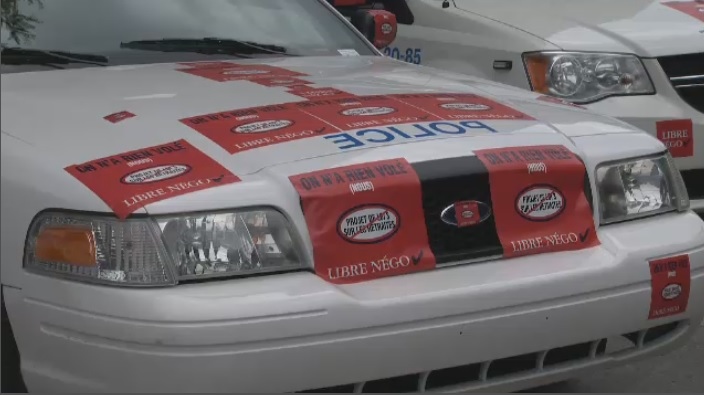 Montreal’s 4,500 men and women in blue literally heaved a huge sigh of relief after companion decisions by the Quebec Court of Appeal held that a bill introduced by the Quebec government does not apply to their defined pension plan.

Bill 15, the Act to foster the financial health and sustainability of municipal defined benefit pension plans, was enacted on December 2014, and it would have compelled each Montreal police officer to remit $6,000 into the pension plan. At present the pension plan is financed 24 per cent by union members and 76 per cent by taxpayers.

Bill 15 requires active members and municipal bodies to jointly assume past deficiencies and share equally in post-December 31, 2013 service costs. Under Bill 15, each municipality is required to negotiate an agreement on amendments to its pension plan with all active plan members. If no agreement is reached, Bill 15 provides that an arbitrator must be appointed to resolve the impasse, which proved to be necessary in the case of many municipalities.

And therein lies the sticky point. Besides being called to interpret provisions of Bill 15, the courts have been asked to provide guidance over the jurisdiction of arbitrators named to issue decisions regarding amendments to the pension plans.

The police union challenged the constitutional validity of Bill 15, maintaining that it is contrary to the Canadian Charter of Rights and Freedoms. An arbitrator appointed under the Act granted the union’s application to stay the proceedings until the Superior Court rules on the constitutional issue but that decision was quashed by the Superior Court on judicial review.

Bill 15 “explicitly confers” jurisdiction to arbitrators to rule on questions of law and their own jurisdiction, points out the appeal court in a 2-1 decision in Fraternité des policiers et policières de Montréal c. Ville de Montréal, 2018 QCCA 858. Arbitrators are also presumed to have jurisdiction to apply the Charter to issues raised in the performance of acts within their jurisdiction. But arbitrators also retain the “discretionary power not to rule on such issues when they are the subject of an action before a court of original general jurisdiction and deem it preferable to let that court decide those questions.”

In this case, the arbitrator’s decision to stay the arbitration was held to be reasonable by the Quebec appeal court because the consequences of the application of Bill 15 were “serious” and because the police pension plan was clearly not “established by a municipal body.”

“The evidence on the irreparable harm that the police officers would sustain was accepted by the arbitrator,” found appeal court Justice Robert Mainville. “The balance of convenience favours them.”