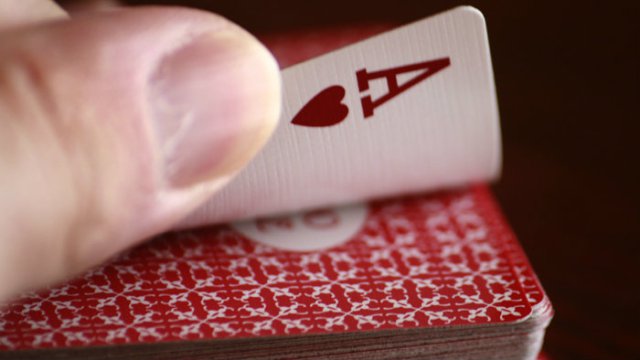 The Quebec Court of Appeal eliminated a tactical advantage that could have emerged by launching national class actions in secondary market misrepresentation cases in the province after it held that Quebec securities rules were designed to be harmonized with provincial securities legislation across the country as a matter of substantive law.

In a closely watched decision by class action and securities experts, the Quebec appellate court overturned a lower court ruling and found that parties seeking leave to launch an action for secondary market misrepresentations under the Québec Securities Act (Act) are not entitled to compel a public issuer defendant to disclose documents and information for the purpose of the leave proceedings.

“The main takeaway from the Quebec Court of Appeal decision is that it has confirmed that the Quebec regime with respect to claims under the Act for misrepresentations on the secondary market is to be harmonized with regimes in the rest of Canada,” said Éric Préfontaine, co-chair of class action defence at Osler, Hoskin & Harcourt LLP in Montreal, who successfully argued the case.

Following a detailed analysis of the Quebec Code of Civil Procedure and heeding guidance by the Supreme Court of Canada in Theratechnologies Inc. v. 121851 Canada Inc. [2015] 2. S.C.R. 106, the Court of Appeal concluded that allowing documentary discovery at the leave stage would run counter to the legislative policy behind Section 225.4 of the Act.

The purpose of the section is to protect issuers and their shareholders from so-called strike suits or bad faith actions brought by opportunistic or disgruntled investors who unfairly seek to take “advantage of the favourable statutory recourse,” held Justice Nicholas Kasirer in  in Amaya inc. c Derome 2018 QCCA 120, a 33-page ruling brimming with guidance given that is one of a handful secondary market misrepresentations cases heard by Quebec courts.

“It’s interesting to see that the Quebec Court of Appeal determined that even though the Quebec Securities Act is a bit different from the other securities acts across the country, the interpretation of the leave test should be harmonized across Canada with respect to the disclosure of documents,” noted Sean Griffin, a Montreal commercial litigator specializing in securities matters with Langlois Lawyers LLP.

The proposed class action against Amaya, its former CEO and its directors and officers alleges that misrepresentations about its code of conduct were made as well as omissions of material fact in its publicly released documents. The suit also alleges that they engaged in a massive insider trading scheme which manipulated the price of Amaya’s publicly traded securities while it was raising capital to acquire its rivals. The proposed class action was made pursuant to article 575 of the Quebec Code of Civil Procedure (CCP) and Section 225.4 of the Act, which calls for plaintiffs, as is the case elsewhere in Canada, to obtain leave of the court in order to bring action for secondary market liability.

Before the hearing on their requests for leave under the Act, and for authorization of the class action, the proposed class representatives filed a preliminary motion to compel documentary disclosure, the majority of which was not publicly available, from Amaya in order to assist them in meeting the evidentiary burden on their leave application under Section 225.4 of the Act.

Quebec Superior Court Justice Babak Barin found that document discovery is available against public issuers and their officers and directors in Quebec, even if it is prohibited elsewhere in Canada. Justice Barin relied on differences between the Quebec statutory regime and the rules applicable in Ontario to reach his decision. Justice Barin found that as a matter of fairness, a petitioner seeking to satisfy the evidentiary burden under Section 225.4 of the Act should have a reasonable opportunity to obtain that evidence from the issuer through document discovery.

But the Quebec Court of Appeal reversed the Superior Court decision, holding that the Quebec securities regime is intended to be harmonized with provincial securities legislation elsewhere in Canada. Though Ontario and Quebec rules are not identical and though rules under the Code of Civil Procedure call for parties to cooperate, the Court of Appeal held that a “departure from the policy common” to securities legislation in Quebec and other provinces was not warranted. The objective of section 225.4 of the Act is to protect public issuers, “innocent” shareholders, the markets and the courts, but not plaintiff-shareholders, noted Justice Kasirer. The screening mechanism contributes to protect the public confidence in the capital markets by ensuring that investors will not be held hostage to frivolous litigation, added Justice Kasirer.

“It is no doubt true that the screening mechanism should not be interpreted in such a manner that would defeat the remedial vocation of the whole of the division as it relates to protecting investors against corporate wrongdoing,” said Justice Kasirer. “That said, the playing field is not level, and should not be levelled, in a section 225.4 hearing lest the screening mechanism be so compromised that it cannot serve its primary purpose.”

According to Griffin, “that’s an interesting recognition by the Court of Appeal and its interpretation of the policy reasons of why those regimes were adopted in the rest of Canada is quite important.”

But Shawn Faguy, a Montreal lawyer with Faguy & Co. who represented the proposed class members, disagrees and is now considering whether to file leave to appeal before the SCC. He believes that there should be a balancing act based on the facts of each individual case as to what can be disclosed at the pre-authorization stage and what can’t, adding that the best person to make that decision is the case management judge tasked with overseeing the file.

“One of the major takeaways from this judgment is that it is creating a bright line rule,” said Faguy. “It is saying in no circumstance can you obtain pre-authorization of documents in the context of section 225.4 class action, which in our view is not the view that should be fostered in this environment.”

The Quebec Court of Appeal also found that defendants are not “bound” to assist plaintiffs in their undertaking to show that their action is not a strike suit, a finding that is clearly in line with jurisprudence outside of Quebec, said Préfontaine.

“To my knowledge it is the first appeal decision across Canada confirming that principle,” said Préfontaine. “There have been certain appeal decisions but they did not really discuss the principle but simply applied the first instance ruling, mostly by Superior Court of Ontario.”