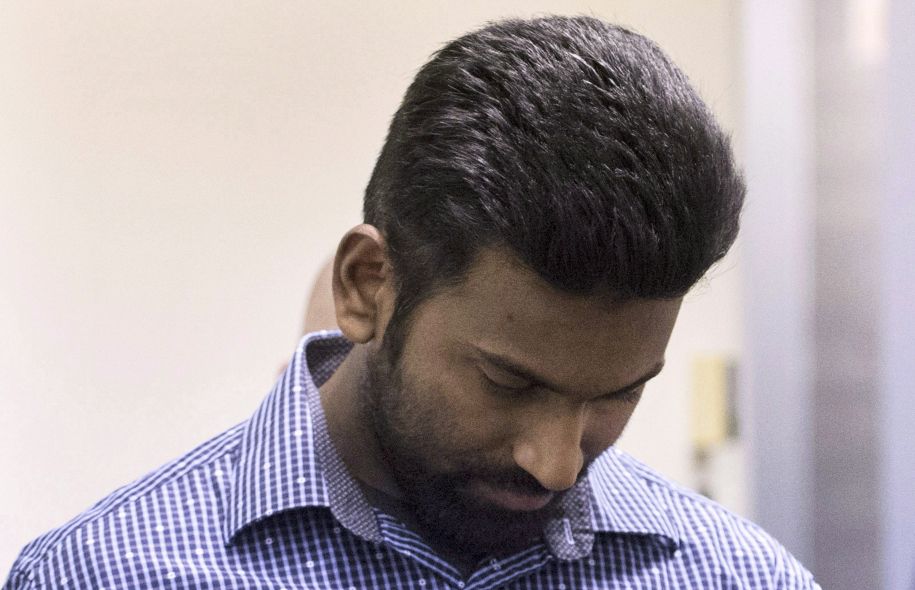 A Montreal man who was charged with killing his wife but whose case was the first Quebec murder case to be stayed following the landmark Jordan ruling will not face a new trial, the Quebec Court of Appeal ruled after issuing a concurrent and “very important” decision that clarifies and provides practical guidance on the application of the landmark Jordan decision.

A five-member bench held that the Crown’s appeal was moot in the case of Sivaloganathan Thanabalasingham, charged with second-degree murder in July 2012 after his wife was found dead in the couple’s home with knife wounds to her neck in 2012, following his deportation on July 2017. He spent 56 months behind bars while awaiting trial, prompting Quebec Superior Court Justice Alexandre Boucher to stay the proceedings on April 2017. The Crown was in the process of appealing that decision when Thanabalasingham was ordered deported to Sri Lanka.

“The mere fact that the respondent obtained a stay from a charge of second-degree murder is not in and of itself a basis in the present circumstances to adjudicate the Crown’s appeal on the merits,” said Quebec Court of Appeal Justice Allan Hilton said in a 4-1 decision in R. c. Thanabalasingham, 2018 QCCA 197. “Federal immigration authorities chose to not to await the outcome of this appeal on the merits, assuming they were legally capable of doing so in light of the limitations of their ability to detain the respondent. That is much more compelling indicator of the improbability of the federal government initiating extradition proceedings in the scenarios the Crown now suggests.”

But Quebec Court of Appeal Chief Justice Nicole Duval Hesler dissented and said the lower court judge should not have stayed proceedings against Thanabalasingham in reasons that a couple of criminal lawyers found to be far from persuasive. “She is the Chief Justice so I don’t have much to say except that her reasons are not convincing,” said one Quebec criminal lawyer.

Chief Justice Hesler chastised the executive branch of the federal government for thwarting the course of justice, asserted that the trial judge failed to apply the teachings of Jordan in all respects, and forcefully reasoned that courts ought not and should not during the transition period allow or tolerate situations that bring the administration of justice in disrepute.

“At issue here is a matter of principle that commands that the right of women to be free from domestic violence systematically directed towards them as wives, spouses, girlfriend, acquaintances or plainly vulnerable individuals be dealt with when needed,” said Justice Hesler. “One thing is certain: the murder of Anuja Baskaran cannot be rendered moot by an ill-considered bureaucratic move.”

In the other case, involving two Quebecers who were jointly charged with fraud and conspiracy to defraud the provincial and federal governments of some $67 million by avoiding the tax on contraband tobacco products, the Quebec Court of Appeal provides a “comprehensive” series of technical guidelines that will “certainly” lead to “better uniformity” in decisions by trial judges around reasonable delays, said Nicholas St-Jacques, a Montreal criminal lawyer with Le Groupe Nouraie, who acted as an intervenor for the Montreal Association of criminal defence lawyers.

The unanimous decision in R. c. Rice, 2018 QCCA 198 by the five-member bench sheds new guidance particularly around the notion of transitional exceptional circumstances, said Gabriel Babineau, a Montreal criminal lawyer with Carette Desjardins, who acted as an intervenor for the Quebec Association of defense lawyers as an intervenor. The Jordan decision laid down a ceiling of 30 months for matters before Superior Court cases to be completed. Provincial court trials should be completed within 18 months of charges being laid, but can be extended to 30 months if there is a preliminary inquiry. But in cases in which the delay exceeds the ceiling, transitional exceptional circumstances may apply. The Supreme Court of Canada spells out two categories to exceptional cases, the first involving cases where delay is unavoidable or unforeseen and also cannot be reasonably remedied by the Crown. The second category deals with the complexity of cases.

According to Babineau, the Crown would “very often” plead that their case should fall within the framework of transitional exceptional circumstances because the case was complex and it was being heard in a judicial district with limited resources. But Quebec Court of Justice Martin Vauclair warned the Crown that it cannot count on the courts to be passive even in light of institutional delays. In fact, institutional delays are merely one of the factors that the courts will consider – a finding that Babineau considers to be important because it strikes at the heart of the culture of complacency that the SCC castigated so harshly. Indeed, the decision takes direct aim at the Crown, defense lawyers and judges to be wary of complacency, adds Babineau.

“It’s a very important judgment because it clarifies certain points that are not necessarily clear in Jordan,” said Babineau. “Jordan is going to be a continuous process, of refining and interpreting. But if I can sum up the decision, it’s a call for everybody to take responsibility and make sure that the proceedings take place in a timely manner because the importance of having a trial within a reasonable delay is not – as points out Justice Vauclair – just to protect the rights of the accused but also the public. The public too has an interest in having proceedings occur in a timely manner.”

Charles Shearson, a Sherbrooke lawyer with Walsh & Shearson who successfully represented Rice before the appellate court, concurs. He said that the decision strips “some of the ambiguities” in Jordan while reiterating once again that legal actors must embrace the cultural change.

“This decision does not necessarily represent a victory for the defense,” said Shearson. “Rather it’s a victory for all legal actors because his message is aimed at all of us. Justice Vauclair repeatedly states in the decision that having a trial proceed in a timely fashion is a right that is social in nature and is not just an individual right. Victims and society at large too have an interest in limiting unreasonable delays.”