An accounting firm that misstated audited financial statements and then concealed the blunder was ordered by the Quebec Court of Appeal to pay more than $300,000 to a shareholder who relied on the statements to acquire a company.

Mallette S.E.N.C.R.L., the sixth largest accounting firm in the province with more than 50 partners and 550 professionals working across 21 offices located in small and mid-sized cities, was held liable for breach of a legal duty after the court found that it was accountable for the loss of future gains the shareholder could have earned. Also held liable were two of the firm’s partners – Gratien Nolet, formerly of Arthur Andersen, who performed the audit from 1999 to 2003, and Marc Dagenais, a tax expert.

“There was a breach of duty to inform by the accountant towards his client (contractual breach) and there was a second breach towards those he knew would rely on the statements he prepared and audited – that is, the company’s shareholders (extra-contractual breach),” said the appeal court in its 11-page ruling which overturned a lower court ruling. “The second breach was intentional. The appellant can claim compensation against the respondents for all direct and immediate damages it caused by its extracontractual breach.”

Under Quebec civil law, there are two types of liability: contractual, which is based on the failure to perform an obligation undertaken by agreement, and the other referred to as extra-contractual, which occurs when there is a breach of a legal duty. In short, the liability of an accountant is not limited to the person or organization with whom he did business. When a professional fault committed in the exercise of his profession affects a third party, the professional may be held liable. The plaintiff, however, has the burden of proving that the damages he suffered “are a direct consequence of the wrongful error.”

“The ruling highlights the need for auditors to take into consideration shareholders when they discover an anomaly,” said Germain Jutras, a Quebec City lawyer who successfully plead the case before the appeal court. “When they discover an error they must notify the board of the directors of the enterprise and the company’s shareholders, more so in this case given that the error was made by the accounting firm itself. Instead they kept the information to themselves.” 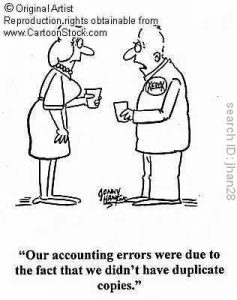 The case dates back to eight years ago when Claude Boire, a Quebec businessman and head of Couvoir Boire, one of the province’s largest poultry hatcheries, became a minority shareholder of another hatchery after purchasing 45 per cent of Nutribec Ltée.’s shares. A shareholder agreement between the two stakeholders contained a so-called “shotgun” clause, which allowed a partner to purchase all of the shares held by the other shareholder. If a shotgun clause is triggered, the shareholder who receives the offer must then agree to sell his shares at the price established and offered by the offering shareholder – or purchase the shares of the offering shareholder at the same specified price.

On September 2002, following an irreconcilable disagreement between the two partners over the future of Nutribec, Groupe DLPC, Nutribec’s other shareholder, triggered the shotgun clause, offering to purchase the shares held by Boire through his company, Agri-Capital Drummond Inc., for $3.4 million, based on an overall value for Nutribec of $7.5 million according  to the valuation made by DLPC. After analyzing the offer and the company’s financial statements, Agri-Capital turned down the bid and instead purchased DLPC’s shares, as required under the shotgun agreement.

Nearly a year before the deal was sealed on November 2002, Revenue Quebec conducted an audit on Nutribec, examining fiscal years 1998 and 1999. On October 2001, the tax authorities asked Nutribec for more information, and the company’s comptroller gave Mallette’s tax expert the mandate to deal with the situation. Shortly thereafter, Dagenais – the tax expert — discovered that a tax loss for the amount of $4.5 million had been claimed twice, in 1998 and 1999. Dagenais, however, did not inform Nutribec’s management.

“On the contrary, Dagenais and Nolet attempted to fix the situation during the course of their negotiations with Revenue Quebec,” noted Justice Pierre Dalphond of the Quebec Court of Appeal. The judge added that a “laconic note” was inserted in Nutribec’s 2001 annual financial statement, which stated that it was “impossible to quantify as of this date the impact” the losses would have so long as the audit and negotiations with Revenue Quebec were not completed.

In 2005, Agri-Capital sued the accounting firm for $2.4 million, asserting that had it been aware of the duplicate tax loss, it would not have purchased DLPC’s shares but rather would have sold its 45 per cent interest in Nutribec to DLPC. Agri-Capital also argued that it had been deprived of $1.3 million, that is the benefit it would have obtained from the $4.5 million tax loss.

“When my client analyzed the company’s financial statements, he determined that it would have been more advantageous for him to buy than to sell,” said Jutras. “However, had he known there was an error in the company’s financial statements he would have taken another decision and would have sold his shares and make an immediate profit of $2.4 million. Instead he was faced with a company that owed a substantial amount to Revenue Quebec.”

While the court of first instance held that Agri-Capital failed to clearly demonstrate it suffered harm, regardless of whether or not the accountants committed a fault, the Quebec Court of Appeal came to a different conclusion.

Justice Dalphond also pointed out that according to Chapter 5400 of the CICA Standards and Guidance Collection (CICA Handbook) upon the discovery of a material misstatement in audited financial statements auditors have an obligation to discuss it as quickly as possible with management, and when circumstances allow it, with the company’s board of directors.

“The note in Nutribec’s 2001 financial statements, which was handed to its executives and shareholders at the beginning of 2002, was not adequate because it gave an incomplete portrait, indeed deceptive, of the misstatement which was identified and known by the respondents,” said Judge Dalphond.

He underscores that a note in Nutribec’s 2002 financial statements points out that the company lost $75,000 in fiscal advantages for fiscal 2001. Judge Dalphond also points out that according to expert reports prepared by PricewaterhouseCoopers, “if the tax losses had existed, the evidence leads us to conclude that, on the balance of probabilities, Nutribec could profited up to $313,000.”

Judge Dalphond concluded that Mallette was liable for for past and future losses  incurred by Nutribec’s sole shareholder, and ordered the accounting firm to pay $313,000 plus interest and expert fees totaling $16,000.

Pierre Cimon, a Quebec City lawyer with Ogilvy Renault who represented Mallette, refused to comment except to say that he has been given instructions by the accounting firm to file an application for leave to appeal before the Supreme Court.