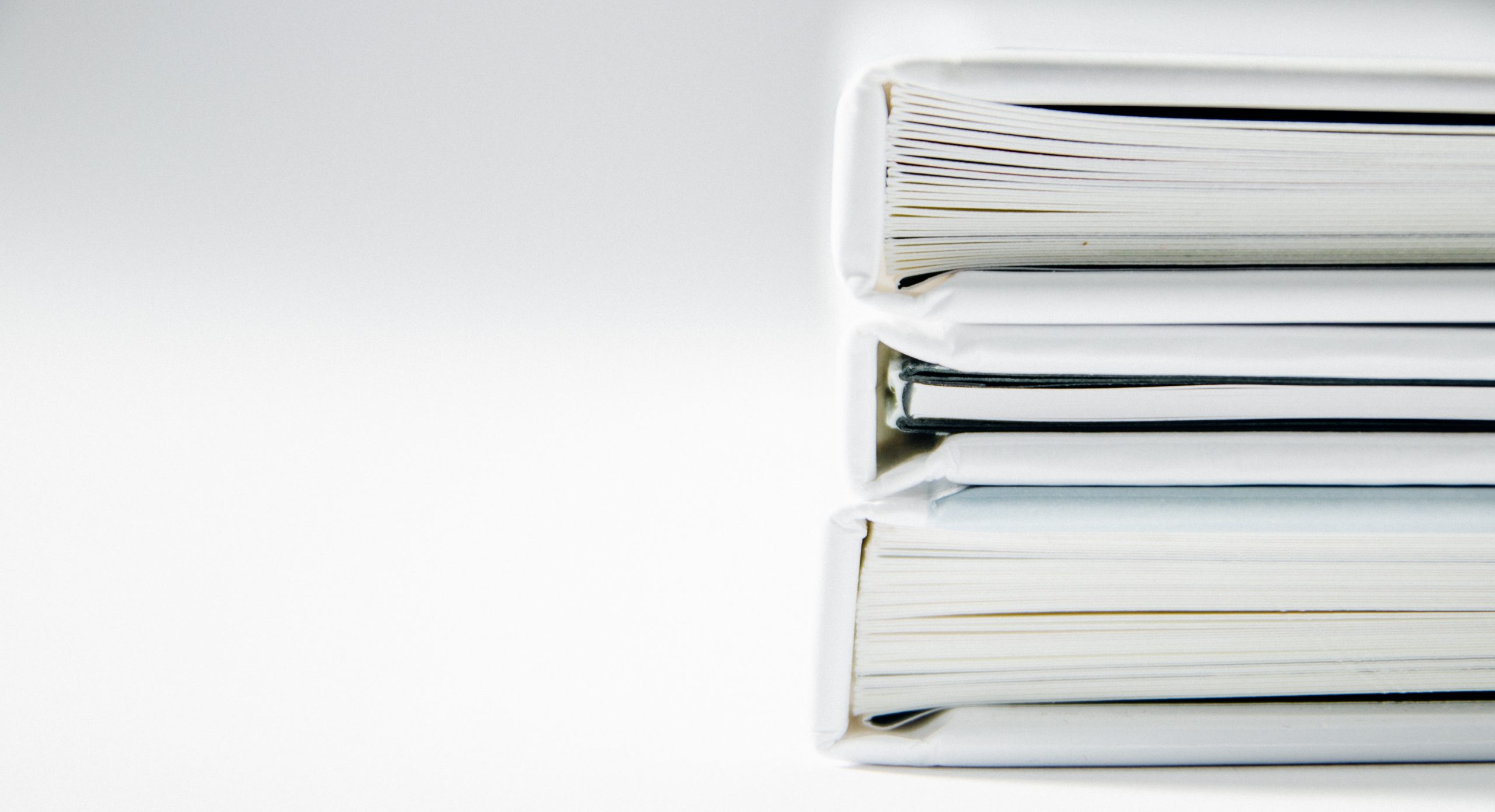 The Quebec Court of Appeal, exasperated by provincial government inaction, delivered a rare but stinging rebuke over recurring systemic unmitigated delays in securing trial transcripts that disproportionately affect English-speaking appellants which “regrettably” puts into question the proper administration of criminal justice in Quebec.

Calling for a paradigm change in approach, the Quebec Court of Appeal issued clear and explicit guidance over the preparation and production of trial transcripts as litigants in criminal proceedings should “not be left without judicial remedies” when they face unreasonable appellate delays resulting from the “state’s inaction.”

“There are many bottlenecks in the system which may eventually need to be addressed by the Court in appropriate cases,” warned Quebec Court of Appeal Justice Robert Mainville in Dhingra c. R. 2021 QCCA 22.

“A culture of complacency, of neglect and underfunding has unfortunately characterized the preparation of appeal records, often leading to unreasonable delay in the prosecution of appeals. This is most often reflected in the inadequacies related to supplying timely trial transcripts, particularly with regard to English-language transcripts,” added Justice Mainville.

“The Quebec Court of Appeal was absolutely within its rights and did well to highlight the problem, especially because of all the injustices that it may lead to, particularly with people who are incarcerated and who want to exercise their legitimate rights to appeal a decision,” remarked Trois-Rivières criminal lawyer Michel LeBrun of Lacoursière LeBrun LLP and head of the criminal defense lawyer’s organization, Association québécoise des avocat(e)s de la défense (AQAAD).

The admonishment reflects a growing frustration by the judiciary with the executive branches of government over court administration, noted Université de Montréal law professor Martine Valois. Judges, believes Valois, will increasingly be writing more critical decisions that highlight the challenges they face due to endemic and and woefully inadequate financial and human resources because years of pressure put on the executive has been ineffective.

“This is a clear message to the provincial government, which finances the justice system, that inadequate financing has an impact on their capacity to render justice within reasonable delays,” said Valois, who has an expertise in judicial independence. “Judges, particularly those nominated by the federal government, know they have no negotiating power. The existing executive model is outdated, and jeopardizes judicial independence and the capacity of judges to render justice.”

The delays in obtaining trial transcripts are growing by the year, and underlines the “significant discrimination” between the rich and the poor, and francophones and anglophones, pointed out Maude Pagé-Arpin, a Montreal criminal lawyer who specializes in in appellate court proceedings. People with financial means can turn to private-sector stenographers that provide transcripts within a reasonable delay, said Pagé-Arpin. Legal aid beneficiaries don’t have that luxury. They have to rely on stenographers from the transcription department of courthouses who in turn resort to stenographers who will accept less-paying legal aid mandates, added Pagé-Arpin.

Since 2016 the Quebec Court of Appeal has underlined at least eight times in its decisions the “current and unmitigated delays” in the preparation and production of trial transcripts due to a lack of resources, particularly the dearth of bilingual stenographers. In fact, the appellate court points out that it must deal with issues of delayed trial transcripts in criminal appeals which have been placed on the special roll of the Appeal court almost every other week, the latest involving Soninder Dhingra, who was sentenced to 15 years’ imprisonment after being found guilty of trafficking and importing large quantities of cocaine and crystal meth. Dhingra appealed the conviction in July 2018, and yet little progress has been made in the case over the past two-and-a-half years because the trial transcripts are incomplete, deficient and in some cases inexistent because of technical failures. “In light of this sorry state of affairs,” as the Justice Mainville put it, Dhingra now seeks to raise new grounds of appeal based on the violation of his linguistic rights, under s. 530 of the Criminal Code.

In a bid to avoid injustice to appellants, particularly incarcerated appellants, “who are subject to unreasonable appellate delays resulting from state inaction,” the appellate court said it was incumbent on them to issue guidelines that would ensure the “continued trust” of the public in the criminal appeal process itself.

Though no formal timeframe is provided in Quebec, it may be “reasonably surmised” from the established framework and the case law of appellate courts of other provinces that the transcripts should normally be provided within three months from date they are requested, as is the case for an appeal in civil matters, held the appeal court. A delay exceeding six months to prepare the trial record, calculated from the date the record was requested and the costs of transcripts was provided, can be deemed excessive and even unreasonable if the circumstances warrant, added the appellate court. A delay exceeding one year “should always” be considered unreasonable, it said.

When the estimated or actual delay in providing trial transcripts is unreasonable, the Court of Appeal calls for a paradigm change in approach because “judicial denunciation” has produced little or no result and because litigants in criminal proceedings, particularly those who are incarcerated, should not be left without judicial remedies. In short, the remedy will depend on the actual circumstances of the case, said the appellate court. When the appellant is incarcerated, estimated or actual unreasonable delay in prosecuting the appeal resulting from state inaction may possibly be taken into account in “balancing the tension between the enforceability of a verdict and its review in appeal, a balancing exercise which is at the heart of the analysis” with respect to an application for release from detention pending the determination of appeal – all of which is set out in s. 679(3) of the Criminal Code. In this case, though Dhingra’s appeal was not deemed to be frivolous nor was he considered to be a flight risk, he failed to convince the appellate court that he would not present a serious risk to the public’s safety.

The Quebec Court of Appeal deemed that the appropriate remedy in Dhingra’s case would to be hear the the appeal under an accelerated schedule and placed on a special roll. Also, Justice Mainville held that since there still appears to be numerous and serious gaps of the English interpretation of the trial proceedings, that can “certainly” be raised by Dhingra with respect to alleged violations of his linguistic rights at trial. And if the trial transcripts continue to be deficient that would preclude a “meaningful” appellate review, Dhingra can also raise that issue in appeal and seek to order a new trial.

“If the Quebec Court of Appeal orders a new trial, that will be a strong signal to the provincial government,” said Montreal criminal lawyer Denis Gallant, Ad.E. with Roy Bélanger LLP. “All of this makes no sense. The appeal court notes that the Supreme Court of Canada decisions in Jordan and Cody do not apply to appellate courts but the Court of Appeal seems to indicate that it may end up doing it themselves. That’s worrisome.”

Pagé-Arpin will in fact plead in a case in the near future that the 16 months her client had to wait for English-language trial transcripts should be considered as part of the presumptive ceilings outlined by Jordan.

“Normally delays in appeal are not part of the calculation, but I will maintain that in the exercise of a fair and equitable review of the procedures against the appellant, it is impossible to ignore this injustice,” said Pagé-Arpin. “It is unacceptable that anglophones suffer such from a lack of access to justice before an appeal court.”