Days after the head of the Quebec Crown testified before a National Assembly parliamentary commission over the impact of the Supreme Court of Canada’s landmark Jordan ruling on the province’s criminal justice system, Justice Minister Stéphanie Vallée tabled a bill that seeks to curb the amount of time cases take to filter through the courts. 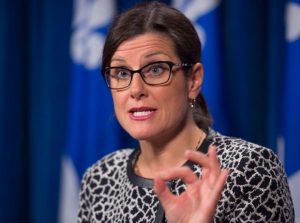 Bill 138 amends the Quebec Code of Penal Procedure to make it possible for proceedings to be tried and judgment rendered by a judge of any judicial district other than that in which the proceedings were instituted when the defendant enters a not guilty plea. Bill 138 also amends the Quebec Courts of Justice Act to clarify how concurrent jurisdiction is to be exercised.

But at least one criminal lawyer believes that Bill 138 will have a minimal impact as it deals only with penal matters, which falls under the jurisdiction of the province. “By default it will have a limited impact on case management,” noted Quebec City criminal lawyer Julien Grégoire.

In other words, it will hardly make a dent on the crisis facing the Quebec criminal justice.

At least 134 accused were released at the request of the Crown from July 2016 to April 24, 2017 following the Jordan ruling, revealed Annick Murphy, the head of the Director of criminal and penal prosecutions (DPCP), during testimony at a parliamentary commission before the Quebec National Assembly. Of the 134 accused, 75 so-called nolle prosequi – or formal notice of abandonment by the prosecutor of all or part of the action – were entered after defence filed a Jordan motion. The remaining 59 were filed “voluntarily” by the DPCP, said Murphy.

To break it down even further, 99 cases dealt with impaired driving, 18 frauds, 13 offenses against the person such as assaults, three thefts, and one involving reckless driving.

The most notorious case involved Montreal businessman Luigi Coretti who was released by Superior Court Judge France Charbonneau last November after the Crown issued a request for a stay of proceedings. Coretti faced charges of fraud, forgery, and forgery in connection with the accounting operations of his security firm. The charges dated back to 2012.

But Murphy underscored that the entry of a nolle prosequi does not stop future prosecution for the alleged offence. While it does terminate proceedings in which the nolle prosequi occurs, it does not a bar to a second indictment covering the same matter. The Crown may recommence proceedings it has stayed within one year of the stay. 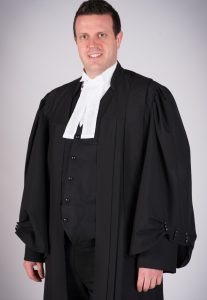 “It is extremely rare for the Crown to recommence proceedings,” said Grégoire.

While under section 579 (2) proceedings stayed may be recommenced, without “laying a new information or preferring a new indictment,” Grégoire asserts that if the Crown were to recommence proceedings “they would have to ‘justify’ the recommencement” or face the very real possibility that defence would vigorously invoke the doctrine of abuse of rights.

In contrast under a judicial stay of proceedings, described as the most drastic of remedies available to a court, charges that are stayed may never be prosecuted, an alleged victim will never get his day in-Court, and society will never have the matter resolved by a trier of fact, held the nation’s highest court in R v O’Connor, (SCC), [1995] 4 SCR 411.

Murphy also revealed that the Crown had to manually sift through files in order to come up with the number of cases that fall or may fall under the scope of the Jordan ruling. “We unfortunately do not have an (information management) system that can extract or make requests for this information,” said Murphy. “It’s also not possible for us to obtain (this information) from the courts or court clerks.”

While the DPCP is trying to “prioritize” cases involving crimes against the person, it is by its own admission really doing catch-up as it is concentrating its efforts on cases in which there are motions to stay proceedings, said Murphy. That means it has to evaluate each “case at risk, which is extremely arduous for us” because the Crown has to examine each individual case and analyze them under the new Jordan framework. That can take hours, if not days, for a single case, said Murphy.

“At the same time that we are working on the Jordan cases, we are also trying to make sure that all of the cases that we authorized since July 2016 meet the new Jordan framework,” added Murphy.