The Quebec government is ramping its judicial appointments to ease the growing backlog of cases in the justice system.

Quebec Justice Minister Stéphanie Vallée announced the appointment of three new Court of Quebec judges, making it the 20th judge the provincial government has appointed this year. Last December the Quebec government announced it was going to pour $175.2 million over the next four years to recruit new judges, prosecutors and support staff to help curb mounting court delays. So far the Quebec government has hired 52 Crown prosecutors and 50 support staff, 38 correctional services officers, 16 special constables, 32 probation officers and more support staff at the Quebec Ministry of Justice. All told more than 300 have been hired.

Judge Duchesneau, a graduate from the Université de Montréal, was admitted to the Quebec Bar in 1993 and began her career with the Quebec Director of criminal and penal prosecutions (DPCP). She has been a Montreal municipal judge since 2012, and will sit in the criminal and penal division in Montreal.

Judge Warolin, a solo lawyer with experience in litigation, civil law, administrative law, family law, and youth protection, will sit Rouyn-Noranda. Born in France, Judge Warolin moved to Canada for her education and graduated from the Université Laval and was admitted to the Quebec Bar in 2004. She was president of the Bar of Abitibi-Témiscamingue, member of the General Council of the Quebec Bar, and member of the Board of Directors of the Association des avocats et avocates de province (provincial lawyers’ association). As a member of the Quebec Bar, Judge Warolin has been involved in several missions to Inuit communities across Canada’s North and co-authored the report entitled, le Rapport sur les missions du Barreau du Québec auprès des communautés autochtones du Grand Nord québécois. 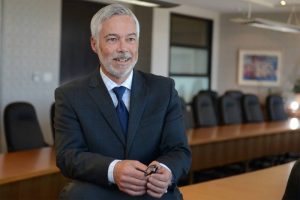 Judge Choquette, a partner with the law firm Prévost Fortin D’Aoust, began his practice in 1985 as a civil and commercial litigator and focused his career on real estate, construction law, and labour relations. He was appointed chair of the disciplinary committee of the Association des courtiers et agents immobiliers du Québec by the Québec government in 2006 and then vice-chair of the disciplinary committee of the Organisme d’autoréglementation du courtage immobilier du Québec by the Minister of Finance in 2010 – a position he held until 2015. He will be hearing civil matters in Joliette.

The hunt for new provincial judges is not over. The Quebec government is looking for candidates to sit in the criminal and penal division in Trois-Rivières and the youth protection division in Saint-Hyacinthe, More information can be found here.